As a parent, I hope to pass on certain lessons and ideals to my child. I hope one day that he will pass on some to me as well. Here’s a story of a father and son who did just that and succeeded at passing on ideals from one to another.

Eli and Nir Revel who reside in Mazkeret Batya have an interesting style of how they spend their father-son bonding time. The pair volunteer together with United Hatzalah as first responders and both are trained EMTs. They respond to emergency calls on their own, and whenever they are home together they rush out as a pair in order to save lives. 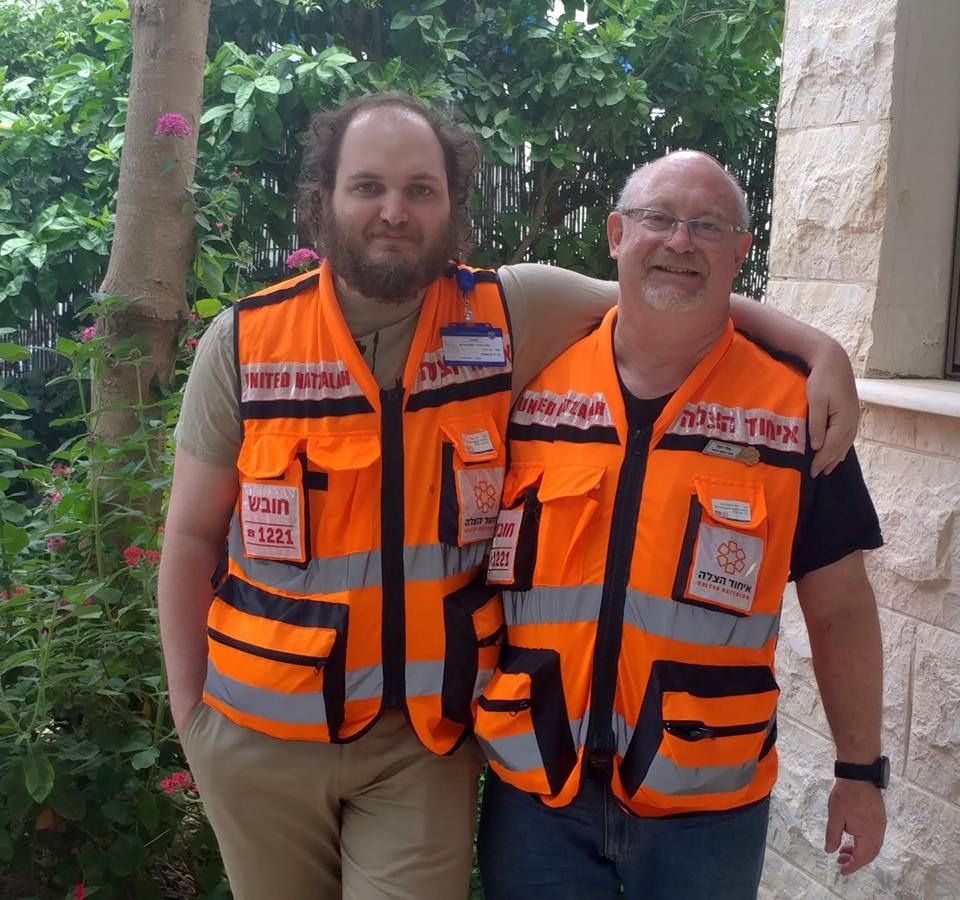 Nir, aged 26, was an army medic in the IDF. there he developed his love for saving lives and wanted to carry that forward when he finished his service and returned to civilian life. His passion for the field only increased when his father Eli, suffered a heart attack. Following the incident, which Eli survived, the pair decided to take an EMT training course with United Hatzalah.

“We decided to take the civilian EMT training course together as a bonding experience. There I got bitten by the lifesaving bug that is the world of emergency medicine,” said Nir.

“We can’t begin to explain how good this has been for us as individuals or as a father and son,” Nir added. “It gives us so much. Not just from a mental or psychological health perspective, knowing that you can provide help during a crisis, but that fact that you can come prepared with the knowledge and tools that you need to be able to make a difference is incredibly powerful. It gives you a little bit more surety to go with in the world. You have the ability to go and give back to your community and your society and to make a difference.”

Eli and Nir live near one another and work near one another. Therefore, whenever there is an emergency in their vicinity, they are more often than not dispatched together. “About 60-70 percent of our the emergencies that we get dispatched to are members of our community whom we know one way or another, and we go together,” said Eli. “When people see a familiar face it tends to give them a sense of comfort knowing that they are in the hands of friends and neighbors.”

Eli added that ever since the pair became volunteers their entire lifestyle changed. “You live it, pretty much all the time. You even go to sleep with the idea that you could get woken up at any time and be asked to rush out and save a life when you live like that the whole family is affected. So while it has certainly strengthened the bond between Nir and I it has also changed all of our lives since our radios are on 24/7.”

Nir added that in Mazkeret Batya, there is no ambulance dispatch station in the town so the ambulances occasionally take a long time to arrive and there is extra importance placed on the work of the volunteers. “Many times in our own neighborhood we are able to respond in less than two minutes. The intervening time, where a person is receiving treatment prior to the ambulance’s arrival is incredibly important. We work within the community and very often treat people we know. We don’t sit in a dispatch location and treat people who are distant from us, we treat those closest to us. Whoever is closest goes and that makes a difference.”