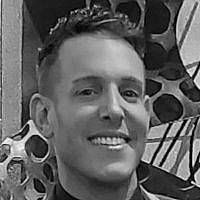 The Blogs
Shai DeLuca
Apply for a Blog
Advertisement
Please note that the posts on The Blogs are contributed by third parties. The opinions, facts and any media content in them are presented solely by the authors, and neither The Times of Israel nor its partners assume any responsibility for them. Please contact us in case of abuse. In case of abuse,
Report this post. 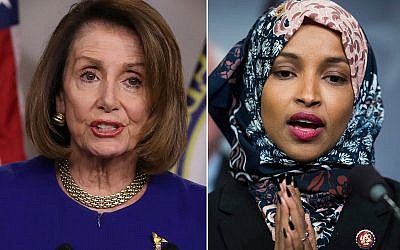 How many more times can we be expected to demand equality when fighting the bigotry against our people?

We have, traditionally, always been the first to show up when racism of other minorities rears its ugly head, because we know, all too well, what the end game of those who propagate that hate, truly is.

So why is it so difficult to reciprocate the support when we are facing one of the worst Congressional Antisemitism scandals in recent history?

The answer is and always will be, Antisemitism.

Jewish Americans have traditionally, and with predominantly unwavering support, voted blue. Democratic values have a long tradition of being at par with Jewish values, but, the Democratic Party of 2019 has been plagued with the same vile hate that has all, but destroyed its British counterpart, UK Labour.

That plague is Antisemitism disguised as progressivism.

As a proud liberal, Israeli, Zionist who also happens to be a member of the LGBT community, 2020 is an all encompassing election year.

While I’m not American,  I do understand how American politics are a litmus test to global issues.

With the rise of white nationalism on the far right, hoards of young Antisemites wielding tiki torches while chanting “Jews will not replace us”, I look to the blue side of the aisle for comfort.

That comfort no longer exists.

A Democratic loss in 2020, will be, in no small part, due to the party’s inability to tackle its Antisemitism problem & therefore must be dealt with, in a singular fashion, without making this very specific and targeted hate akin to all lives matter.

They must whole heartedly tackle calling out the perpetrators, in this most recent scandal, Rep. Ilhan Omar.

With her first Antisemitic tweet resurfacing, American Jews, many whom I know were staunch supporters of America’s first Black Muslim Congresswoman received a slap in the face, which precipitated an appropriate backlash by both Jews and non-Jews alike.

“Israel has hypnotized the world, may Allah awaken the people and help them see the evil doings of Israel.”

Ms. Omar went on to say that she didn’t understand why American Jews would be offended, but seemed willing to listen to the Jewish community to understand how her words propagated one of the oldest Antisemitic tropes and how that inflicted racial pains on the Jewish people.

Did I believe her? Not even a little.

I have always been a firm believer of the life truism, when someone shows you who they are, believe them.

But, I trusted my Jewish American friends and colleagues who said that she deserved a second chance. That she was the victim of war and grew up in a country that propagated anti-Jewish sentiment.

It was the Jewish community who saw an opportunity to educate and build bridges.

That “bridge” soon collapsed when Ms. Omar tweeted “It’s all about the Benjamin’s baby” referencing how Jewish power and money buy influence in American politics; inferring that AIPAC pays politicians for support of Israel.

All, of course, proven untrue.

It was as if she had pulled the tweet directly from the Nazi party’s propaganda handbook.

Jews were unwilling to let this pass. It was clear that Ms. Omar’s Antisemitism, was more than a slip of the tongue or an innocent misuse of phrase. This was calculated evil.

It was then, when most vulnerable, Jews took their biggest hit. Demanding that the Democratic leaders reprimand Omar, we began to witness that the seeds of antisemitism had infected the places we expected to be protected.

While Speaker of the House, Nancy Pelosi, did issue a condemnation of Omar’s hate speech, it wasn’t long before Omar’s next Antisemitic outburst.

This time, the representative played to the Antisemitic trope of dual loyalties of Jews to our community and to Israel over America, the only home, many American Jews have known in their lifetime.

Pained and hurt, the Jewish community demanded that Speaker Pelosi take much greater action in reprimanding the new face of Democratic Antisemitism, but, instead of swift condemnation, Jews quickly realized that the loud calls of those who looked to water down the hateful words of Omar, would muffle the cries of the victims of her hate.

Once again, Jews were sidelined.

It quickly became clear that rather than hold the perpetrator accountable, her party would choose to infantile Omar, claiming she “did not understand the weight of her words”, treating Omar as a newly arrived refugee who has yet to acclimate to the customs and politics of her new home.

I’d argue that if in the past 23 years in the U.S., Omar has not learned the impact of Antisemitic terminology and hate rhetoric, questions arise as to her ability to understand the complexities of the American people as a diverse whole,  both in country and on the world stage as a member of the Foreign Affairs Committee.

Amidst the turmoil,  all the calls from the Jewish community to unequivocally denounce Antisemitism, the Democrats were unable to pass a resolution condemning Antisemitism alone.

America’s inability to tackle its Antisemitism problem in a singular fashion, without making this specific and targeted hate akin to “all lives matter”, should be a wake up call to all people who work tirelessly to fight hate.

A government that cannot, or will not, fight Antisemitism within its ranks, will fail in fighting all forms of racism and over time will begin to self destruct.  Omar would do herself and her constituents well to internalize this. So would the Democratic Leadership.

“First they came for the socialists, and I did not speak out—

Because I was not a socialist.

Then they came for the trade unionists, and I did not speak out—

Because I was not a trade unionist.

Then they came for the Jews, and I did not speak out—

About the Author
Shai is an Israeli television and media personality living abroad in Toronto, Canada. Following the 2014 Israel / Gaza war, Shai understood that his North American platform, afforded him the rare opportunity to educate against the rise in Antisemitism and Anti-Israel vitriol. In addition to his success in television and media, Shai now travels internationally, speaking to various international organizations & communities on combating the fallacies presented on Israel and the Israeli - Arab conflict.
Comments