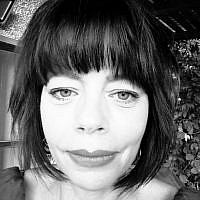 Israelis are assertive. No doubt about that. Every single one.

Dutch people, at least from the area that I am from, tend  to be more passive aggressive . I do not particularly like that, I find it irritating and time-consuming, but I have to admit that I have been passive aggressive myself. I hope that that  assertiveness and directness is going to rub off on me the more I am here.

I love that directness: you know exactly what you’re dealing with. And the assertiveness ? I wish I had that one mastered already but I still get caught off guard and end up mumbling, apologetic and pleasing and getting angry at myself in the sanctity of my own home. l mean: even the very old people are assertive over here. They more than anybody, seeing as how they really build up this country under far harsher conditions than newbie’s now will ever encounter.

I used to be a caretaker to two elderly Yemenite women, mother and daughter. They would tell me stories about their live here in the beginning: how they would live in tents because there was still nothing there. No electricity, no air-conditioning ( !!! ) no running water. The mother would explain to me how they would walk for miles to the nearest police station to ask for water, and if there wasn’t anything, they would have to walk even farther to get it. They have build that Moshav from scratch and, like most places in Israel, blood, sweat and tears and a enormous energy, willpower and love for this country to make it work. All throughout wars and terrorist attacks: they kept building, clearing the land to prepare it for agriculture, being inventive and creative and plain working to the bone. I will not ever underestimate an elderly person here: I just know they have more balls than me.

When I first got here, I decided to take my kids to the beach and because we didn’t own a car, we took the bus.The kids strolling down the aisle, as I was paying the fare, grabbing the ticket and suddenly , the three of us getting catapulted down the bus. We didn’t know that bus drivers in Israel do not wait for you to sit down. Hand over the  ticket and burn rubber.

Another time I saw this really old lady getting on the bus: packed with plastic bags full of shopping. She knew what to do. She immediately threw herself against a solid backdrop and braced herself. When the bus slowed for a traffic light, she got herself in the motion and made a couple of steps forward before getting herself to another “safe haven”. The bags in her hands stopped her from hanging on to something. But she worked it. All the way in my outstretched arms, me shocked at the situation, she controlling it.

If a bus driver like that were to happen in Holland you would simply end up with a pile of writhing  senior citizens in the front of the bus and a big lawsuit at your tail. Here the senior citizen just showed me how it’s done. With a smile.

Once, still in the beginning, getting irritated at all that traffic just stopping in the middle of the road for no apparent reason, I angrily overtook the car, just to find myself almost running over an old man on a pedestrians crossing, which I managed to overlook in my, still very Dutch, road rage. The old man, instead of being frozen at the spot, started screaming at me immediately, flaring arms and wild gestures and all, just short of jumping on my hood. Do not mess with the golden age in Israel, I tell you.

The post office also turned out to be a nice lesson: There was one elderly person in line before me. We were the only ones there. When my turn almost came up, an old, greybearded  man appeared with a letter in one hand and an apologetic gesture towards me: I allowed him to cut me: after all: I had been taught to be respectful towards the elderly. But somewhere along the line this respect had turned into a condescending attitude somehow. Pity taking over. That didn’t take long to get corrected. Within seconds ( I swear !) more than a couple of seniors jumped in line before me. I didn’t even know where they came from that fast. No apologetic shrugs, nothing. When I finally managed to gather enough courage to confront the last one, she was nice enough about it, but right there and then I realized that I would have to clean up my act fast. I had to become more assertive.

I do not think I am owning that assertiveness just yet and maybe I never will, but I sure let go of that slightly condescending way of looking  at senior citizens, especially here.

The Golden age here means business. I am reminded of it every time when I walk outside in the summer, sweating and sighing about the heat. Then I remember the elderly Dutch woman that I met: she came here after she survived the Shoa in hiding. Not feeling welcome in Holland anymore for being a survivor and a live reminder of atrocities being done, she left for Israel when she was just 18. By herself. Pioneering. Helping to build this wonderful country. She must have been hot and sweaty too, being Dutch and all. No air-conditioning, digging up the big stones and boulders for ages before even getting to a stage where you could actually plant something, hard work, purposeful, hopeful.

I tried to dig a hole in the back of the house for the rabbit from my daughter, that died soon after she bought it. We had to dig a hole deep enough so the Moshav dogs, roaming free, would not be able to dig it up again, but we ended up throwing it in the garbage eventually. It was too hard to dig a decent hole: to many stones, to hard a ground. And I take a look around me at all the agricultural land all around the Moshav, all around this whole area: it goes on for miles and miles: green and luscious, full of fruits and vegetables, at all the trees planted, the pretty flowers growing in my Moshav in abundance and am amazed and more than a little humbled about the unimaginable hard work done here.

About the Author
Jolanda Turgeman is married and has three kids ( 6, 7 and 9 years ). She is not Jewish but her husband is. Together they lived in Holland for some 8 years through our marriage before deciding to move to Israel. Love for Israel first hand from a newbie with no historical ties to this magical country.
Comments