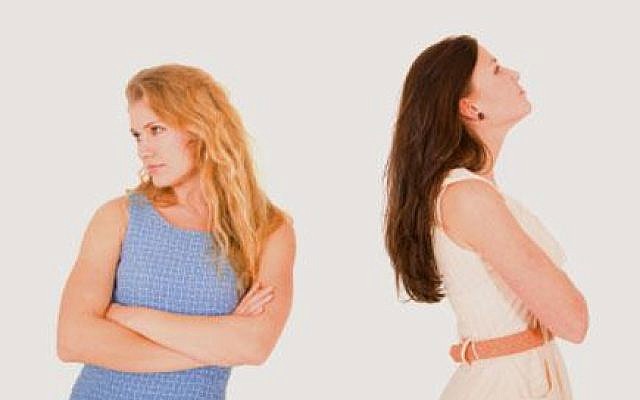 Are your friends haters in disguise?

It started out in one of the places I teach.

I met a beautiful, nice, brown-eyed girl with silky hair and a super cool personality.

It all started innocently enough in this conversation where one of my friends was talking about how someone she knows looks Jewish, but actually isn’t.

So this beautiful, brown-eyed girl, which I will name “X,” responded, “Someone told me that I look Jewish.”

“In fact, they said I look like the pretty version of Anne Frank.”

“No, you don’t,” I responded quickly.

I continued on, “First of all, Anne Frank was beautiful.”

“There is no such a thing as a pretty version of her.”

“You are gorgeous in your own way.”

She smiled and said, “Thank you.”

The reason I’m bringing this up is because, while I didn’t think too much of it at the time, something just happened which is making it worth discussing.

This girl and I grew close enough to become friends.

I knew she was a Muslim, and she knew I was an Israeli Jew.

But that was never an issue, at least not to me.

I don’t care about someone’s ethnicity when it comes to my friends.

(My best friend isn’t Jewish, but that’s off topic.)

The point is, something happened just yesterday which made me believe that even one of my close friends could be a hater in disguise.

This may sound totally paranoid and out of line but, if you’ll bear with me, perhaps you’ll understand what I’m talking about.

(No, I wasn’t trying to stalk her or anything. It was because she had cool, creative pictures of landscapes.)

On her Facebook, I couldn’t help but notice one of the posts.

It was about “the terrible things that Israeli soldiers are doing to the Palestinians, and that Israel is a fake country,” and so on and so forth.

I had angry thoughts racing in my head.

Was this girl pretending to be my friend the whole time?

Why didn’t she mention anything about my being an Israeli or anything like that?

I still don’t have a definite answer.

I even had a thought that maybe I’m in her life now to show her that not all Israelis or Jews are bad.

The truth of the matter is, I’m so sick of trying to prove that to everyone.

I’m sick of trying to prove to everyone that Jews and Israelis are not terrible creatures.

With all these thoughts that arrived in my head and the deep emotions that flew throughout my body; I came to a conclusion (and maybe it’s not based on facts, but more something to give me a sort of satisfaction.)

The conclusion was that, maybe, love is stronger than hate.

Perhaps because I was nice to her, she never once mentioned anything about my being either Israeli or Jewish.

In the end, it’s possible that, sometimes, a smile can change one’s world despite any political agenda.