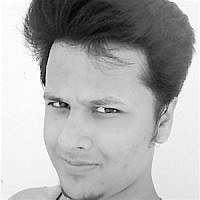 The Blogs
Ashish Agrawal
Let's create a better tomorrow
Apply for a Blog
Advertisement
Please note that the posts on The Blogs are contributed by third parties. The opinions, facts and any media content in them are presented solely by the authors, and neither The Times of Israel nor its partners assume any responsibility for them. Please contact us in case of abuse. In case of abuse,
Report this post.

There lies on the banks of the tempestuous raging Parvati river between Bhuntar and Manikaran, a remote village called Kasol. Situated in Himachal Pradesh India, it has been serving as the main headquarters for travellers and backpackers in the pleasant Parvati valley. Kasol has become home to a large number of Israelis. A lot of youngsters finish their compulsory military service and then escape to the Parvati valley. In Kasol, all assemblages in Hindi and Hebrew.

The town has embraced a large number of tourists who bring lots of investment in here. Visitors are attracted to internet cafes, body piercing parlours, reggae bars, and many Western-style restaurants. As an addition to its beautiful environment, people take the pleasure of Charas, a hand-made hashish made from the cannabis that is plentiful to the area. 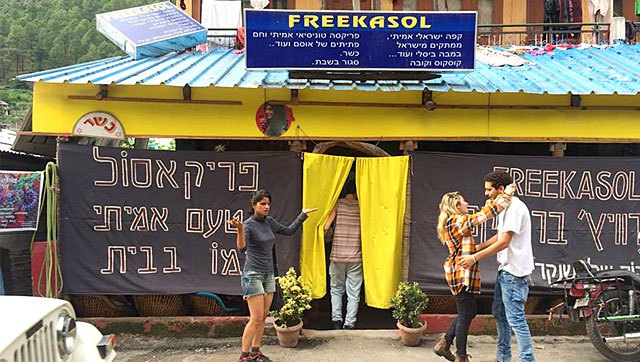 This place has housed a lot of Israelis looking for a special weed, personal enjoyments and adventure.Israelis crave an experience of what they create. This place is turning into one of the many Jewish settlements as Israelis bring in with them the carefree lifestyle of Tel Aviv

The halcyon valleys of Kangra and Kullu have become a heaven on Earth for many Jews who come here for many reasons including Karmic Cleansing. They live in groups and remain introvert amongst others.It is also on its way to house Israeli Mafia as the signs communicate. The restaurants serve Israeli Shakshouka, a dish of poached eggs in tangy tomato gravy along with hummus and pita bread that will definitely drown you in its rich flavours

Far from the materiality pressures of the world, they dance away their worries alongside the bonfire which assured them of warmth as some strip out to almost nothing, hypnotised by the music and the beauty of a full moon night in the hills.

As the music sets the mood, night long spectacles of the hedonism alcohol, sex and narcotics flow in large copiousness and the crowd enjoying this summer is mostly of an assorted group of revelers like smugglers, locals and foreigners. In a party that was recently held there in May, drugs worth lakhs of rupees are said to have been traded, but eventually, only one person was arrested.

This has led to allegations of cultivation as well in the state. The party venues are chosen with the help of a local who acts as a link between the organisers and revellers. He selects the venue and assures security. Girls are called, who come under the guise of tourists and add another attraction to these parties. Tourists can also trek to Kheerganga -a hot sulphur spring where Kartikeya, the son of Shiva and Parvati, is believed to have meditated for a thousand years and about 10km long.

Halfway through the climb, there comes the Great Himalayan National Park, where trees are given the way to of their life, mild to die as they wish and not through a human axe. Locals try to sell Charas. This is a mild hallucinogen whose resin is rubbed out of a Cannabis plant. This substance attracts people from far off places. A deeper journey through words that develop imagination this small world in the heart of the hills and a home to the Israelis will be our priority for the readers

With inputs from Aarushi Aggarwal

About the Author
Delhi-based young entrepreneur and blogger. I am against terrorism and increasing the increasing influence of wrong leaders. I believe in change and waking the society up with facts. Huge fan of India and Israel relationship.
Related Topics
Related Posts
Comments