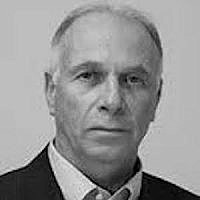 The Blogs
Yoram Schweitzer
Apply for a Blog
Please note that the posts on The Blogs are contributed by third parties. The opinions, facts and any media content in them are presented solely by the authors, and neither The Times of Israel nor its partners assume any responsibility for them. Please contact us in case of abuse. In case of abuse,
Report this post.

This trend of separation and differentiation between the two camps was also apparent in the recent, rare television interview given to Al Jazeera by Abu Mohammad Al-Julani, the leader of Nusra Front, which is part of the al-Qaeda alliances. One can learn from this interview about the prime strategic aims of the Nusra Front and about its principal rivalries, but mainly it tells us of Julani’s interest in quelling the fear, harbored by many, that the Nusra Front aims to turn Syria into an al-Qaeda basis of operation in the region.

Julani also declared that his organization will not forcefully impose religion on its rivalries or the minorities living in Syria. He promised not to attack his enemies, should they follow the ‘right path’, despite being supporters of Assad’s regime, which has been responsible for forty years of Sunni suffering, creating many refugees and the atrocities taking place in Syria in recent years.

Julani explicitly pointed at Hezbollah, which supports the Assad regime, as a primary enemy of his organization because the Shiite organization shared responsibility in the regime’s crimes and vowed to collect the debt from Hezbollah and determined that when Assad’s regime falls, so will Hezbollah. Simultaneously, when Nasrallah tried to convince the Lebanese populace that Nusra was a threat to their country, he took pains to reassure civilians, saying that his organization makes a clear distinction between Hezbollah and the innocent citizens of Lebanon, whom Nasrallah presumes to represent.

Julani also sent reassuring messages towards the Western world distinguishing them from the United States. He warned that if US aggression against his organization does not stop there will be retaliation but did not specify in what way. He clarified that his primary goal at this point is to topple Assad’s regime, not wage international terrorism. However, Julani did not state that al-Qaeda shares this policy, but emphasized that his organization’s policy is subject to the orders of Al-Zawahiri, his supreme leader. He also denied US claims that an al-Qaeda faction called “Khorasan group” operates within his organization, recruiting activists in Syria to carry out future international terror attacks.

Analyzing Julani’s rhetoric in the interview clarifies that he is interested in continuing the same line his organization has took in all its years in Syria: to present a pragmatic and moderate image based on alliances and cooperation with local elements in order to implement the shared goal of toppling Assad’s regime. For this purpose he obscures his true intentions and plans to establish an Islamic State, which will operate under strict Sharia Law, which will surely be implemented by force.

Also notable is his attempt to disguise the line his organization will take towards minorities that will strive to maintain their unique character and how he will impose Sharia Law. By comparison, his policy towards the Arab and western countries is relatively clear, despite the fact that his organization currently doesn’t mirror the brutal acts of the Islamic State.

Though Julani didn’t specifically address Israel in this interview, Julani’s plans for the Jewish state are clear. A recent declaration by Al-Zawahiri, Julani’s supreme leader and head of al-Qaeda, stated that once Assad, the traitor from Damascus, is removed, the liberation of Jerusalem will follow.

This post was co-authored by Tali Rothschild, a research assistant at the Institute of National Security Studies.

About the Author
Yoram Schweitzer is an expert on international terrorism and head of the Program on Terrorism and Low Intensity Conflict at the Institute for National Security Studies.
Comments