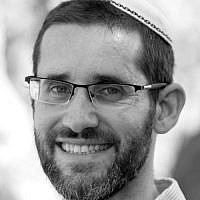 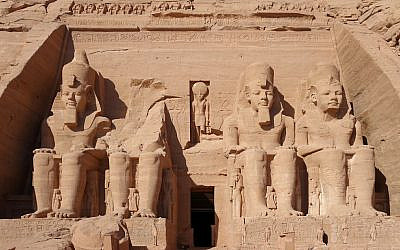 Amid the darkness of Egyptian culture, the moral backbone of the country’s priesthood is the address of rare praise in this week’s Torah reading.

As famine struck Egypt,  all of the citizens of Egypt arrived at the royal storehouses to beg for help.  At first, Joseph, in charge of apportioning grain, gave to them initially in return for their livestock and then later in return for their land – all of which amassed great wealth for Pharaoh. Although this financial plan was rolled out throughout Egypt, the Torah tells us that the Egyptian priests were exempt and were permitted to retain ownership of their land.

Why the exception? Why the priests?

To find an answer we have to wind the clock back to when Joseph was standing trial after being falsely accused of attacking the wife of Potiphar, the Egyptian Officer to whom he had earlier been sold to as a slave.

The Torah commentator Hizkuni quotes a Midrash explaining that the Priests of Egypt also served as the courtroom judges. When Joseph’s case came up, the angel Gabriel appeared to them and swore that Joseph was innocent. He told the judges: ‘If Joseph attacked Potiphar’s wife, her clothing should be torn, but if she had been chasing him, then his clothes would be torn.”  The priests investigated and found indeed that Joseph’s clothes were torn.

Sticking to the truth they saw before them, they wanted to declare Joseph’s innocence, however, this would have caused terrible shame and embarrassment on Potiphar – a respected Egyptian Minister, that his wife had in fact lied and shown interest in a Hebrew slave boy.

The Priests stopped short of ordering Joseph’s execution – the ordinary punishment for this kind of sexual crime–and instead handed down a much lighter prison sentence.  The decision to spare Joseph’s life was bold. Even though they didn’t declare him totally innocent, they didn’t let go of truth and fairness – even in the case of a lowly slave – and vowed that his life should be preserved. We can see how capital punishment was liberally meted out by the fate of the baker who was hanged for carelessness in preparing Pharaoh’s bread. Joseph never forgot this act of moral strength. When usurping Egyptian land to fill Pharaoh’s coffers, he made sure to exempt the priests.

There is a more far-reaching message here as well, that sticking to what is right and to truth pays even if not always immediately. Who knows the effect of the tiny decisions we make and the values we stick to, and when that strength of character will be recalled to advocate for us in the future.