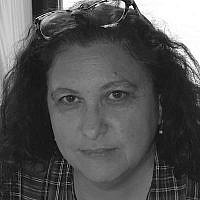 The Blogs
Lea Wohl-Segal
Apply for a Blog
Please note that the posts on The Blogs are contributed by third parties. The opinions, facts and any media content in them are presented solely by the authors, and neither The Times of Israel nor its partners assume any responsibility for them. Please contact us in case of abuse. In case of abuse,
Report this post.

After my military service in the IDF, I worked as a flight attendant. I enjoyed working with good people, visit interesting places and physically feel how open and close the world really is. I didn’t like to wear makeup, especially not at 4AM, and got fined more than once for it. I also didn’t like standing at the gate and calling to the late-comers over the loudspeaker “this is a last call”. I didn’t like saying these words, I found it difficult to see the scared looks of the passengers who got held-up, their sprint toward the escalator as if the end of the world is near.

This feeling came back to me last week during Ne’ilah prayer in the small grove next to my home in Herzliyya. It came back to me again the day after when the Knesset approved the law against demonstrations, and the emergency regulations allowing, among other things, for the government to keep all its Corona discussions classified for 30 years, and for police officers to enter a private home without a warrant and use force to enforce the new law.

I will not exaggerate if I say that we in the State of Israel, are standing at the gate now. In the near future, the democratic and spiritual future of the State of Israel will be decided, and the winds blowing ever so stronger at this time, bring bad tidings of gag orders, shutting us up, and neutralizing any attempt to stand up against the government and its leader. I’m experiencing great pain and worry. I guess we hit the street too tired, too few.

A student of mine who graduated exactly a year ago called me yesterday from Jerusalem. He’s a paratrooper, and his troop was situated in the Capital’s streets to block protests and demonstrations. How can I stop a demonstration, he asked me, when I agree with its cause? How can I stop a protest when only a year ago I took the matriculation exam (national high school exams) in civics and was tested on the basic rights of democracy, about civil rights in Israel, and about the constitution of the United States?

I thought yesterday about the greatest democracy in the world, the United States, about the illusion we all had thinking that there, in America, democracy was everlasting, about its being the most successful Jewish-exile project in modern times.

My sisters and brothers, Jews of the United States, even if we haven’t heard your voice concerning the events taking place in Israel and the danger we’re in, I believe you share our pain. Is my feeling correct when I think you too, over there across the Atlantic, are standing at the gate? From here we see the anti-Semitic winds blowing over there in the open, in both the Right and the Left, the hypocrisy, lies and corruption in the government, the shutting up and shutting down of demonstrations. We share your pain. The world is indeed not as open and close as in my days as a flight attendant, certainly not during Corona times. The distance between us has grown, but it’s not too late. I find myself now, calling you.

Imagine a million Liberal Jewish Americans making Aliyah to the State of Israel: the balance of powers perpetuating Netanyahu’s government will change completely. A million liberal Jews, by their very arrival, will change the reality here. You can be the new generation of pioneers, a true ideological Aliyah, fixing what needs to be fixed, together with us. You can be part of the rich Israeli culture, you can live in Hebrew and try to feel really at home, in this good, blessed and crazy land. You can help stopping occupation and take part in finding a real solution for the Israeli-Palestinian conflict. You can take part in shaping a Jewish democratic state, the kind we can only dream of today.

I know my call can sound naïve to you, baseless, maybe even childish. But for the time being, I’m looking for an answer for my 19-year-old paratrooper, student in Jerusalem, and until I find a good answer, I wish to remind you that in the “Lev Shalem” machzor of the conservative movement in America, right before Ne’ilah prayer, there’s a poem by Yehuda Amihai: “Before the gate is closed, Before we’ve said all words … Before all the rules are set Before the apple cart is upset”.

Speak up, come with love, come to love, and don’t get held up. Who knows, maybe the Messiah is on the way too.

About the Author
Born and raised in Tel Aviv and having served in the IDF as an officer, Lea Wohl-Segal is a long-time Jewish educator in Israel and the US, where she has worked at Ramah camps for many summers. She served for ten years as Rosh Ivrit (Head of Hebrew language instruction) for Ramah Programs in Israel, including Tichon Ramah Yerushalayim and Ramah Seminar. Lea received an MA in Jewish Educational Leadership from the Schechter Institute (JTS) and an MA in comparative literature from the Hebrew University in Jerusalem. Wohl-Segal has taught Hebrew and Hebrew literature at the Hebrew University’s Rothberg International School, and currently teaches literature and Hebrew to students at the Beit Zvi theatre school, the Academy of Theatre Arts in Ramat Gan, and is a senior Jewish educator at the Raziel youth village in Herzliya.
Related Topics
Related Posts
Comments 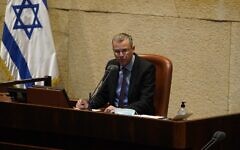