The Blogs
Alden Solovy
Blessings Abound
Apply for a Blog
Please note that the posts on The Blogs are contributed by third parties. The opinions, facts and any media content in them are presented solely by the authors, and neither The Times of Israel nor its partners assume any responsibility for them. Please contact us in case of abuse. In case of abuse,
Report this post. 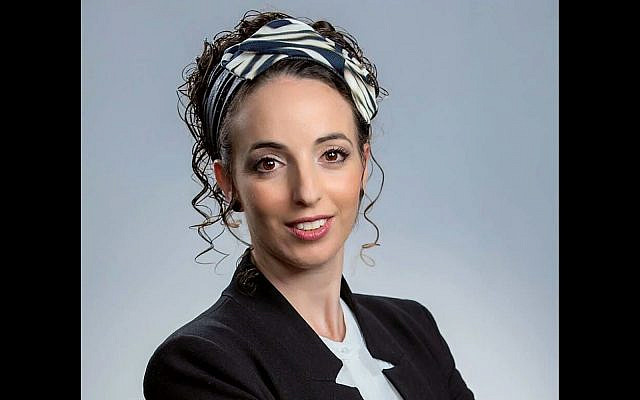 Last week United Torah Judaism lawmaker Meir Porush engaged in juvenile name-calling, attempting to put down Yamina MK Idit Silman by saying she was ‘acting like a little girl.’ That stunt occurred as MK Silman chaired the Knesset Arrangements Committee, a position of leadership in a key committee. A position she’s earned.

“Esteemed Colleague” is a meditation for men in politics on women in political power. It borrows, riffs, and rhymes from the phrase “nevertheless, she persisted,” which became a rallying cry (and a hashtag, #ShePersisted, and an organization for women in politics by the same name) after US Senate Majority Leader Mitch McConnell said this in suppressing Senator Elizabeth Warren during a confirmation hearing: “She was warned. She was given an explanation. Nevertheless, she persisted.”

The meditation closes with selected text from the traditional Jewish prayer for government. The Hebrew is from the Open Siddur Project, which was also used as the basis of the English translation, but with changes based on the text in the Nehalel Siddur.

Esteemed Colleague: A Meditation for Men on Women in Political Power
Do not call a woman in power
A ‘little girl.’
She is smarter than you,
And tougher,
More intelligent,
And stronger.
She had to be.
Men like you –
And sometimes women –
Blocked her way
At every chance to cling to power.
She is persistent,
Resistant to your barbs,
Consistent in her wisdom,
Resilient in her vision,
Insistent that she be heard.

Do not call women in power
‘Little girls’
With your hatred and disdain.
We see the fear in your eyes
And the threat to your standing.
Use the titles that women in political power
Have earned and deserve,
Whether you mean it or not:
Chairwoman,
Member of Knesset,
Member of Parliament,
Member of Congress,
Vice President,
Senator,
Congresswoman,
Justice,
Leader,
Esteemed Colleague.
Do it for the sake of a healthy government.
Do it for your own dignity.
Do it for the generations to come.

May the one who awards salvation to sovereigns,
And governance to princes,
Bless and keep,
Preserve and support,
Elevate and empower,
And lift higher and higher
All the government officials of this country
and let the Redeemer come to Zion,
and so may it please God.
And let us say, Amen.

“Esteemed Colleague: A Meditation for Men on Women in Political Power” is © 2021 Alden Solovy and tobendlight.com.

Here’s a link to my prayer “For Government.”

About the Author
Alden Solovy is the Liturgist-in-Residence at the Pardes Institute of Jewish Studies in Jerusalem. A liturgist, poet, and educator, his teaching spans from Jerusalem to the UK to synagogues throughout North America. He's the author of five books of modern t'fillot, having written hundreds of pieces of new liturgy. His latest book, "This Precious Life: Encountering the Divine with Poetry and Prayer," released this year, is the final installment in his 'Grateful, Joyous, Precious' trilogy. His work is anthologized in more than 15 volumes of prayers and meditations. Alden made aliyah in 2012. Read his work at www.ToBendLight.com.
Related Topics
Related Posts
Comments
Advertisement