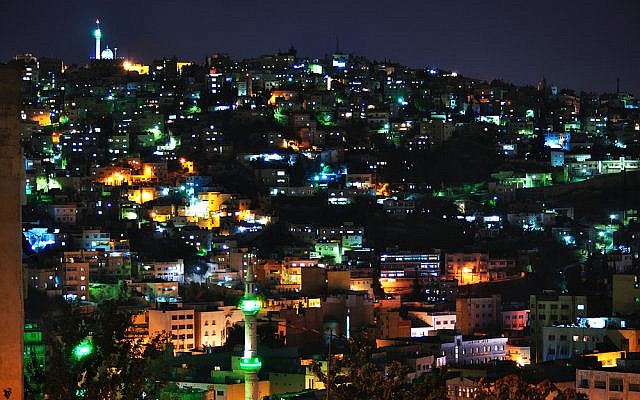 I have just returned from a two day regional business conference at the Moevenpick Hotel on the Jordanian side of the Dead Sea sponsored by the US Chamber of Commerce. According to the preparatory material issued for the meeting, the “Middle East Commercial Center (MECC) is a newly established private sector-led alliance of business leaders across the region that are working together to promote greater intra-regional trade and investment and collectively address the most critical economic challenge and opportunities of our day”.

The idea, conceived and being pushed by the US Chamber of Commerce’s Senior Vice-President for International Affairs, Myron Brilliant, has three goals: (1) Advancing projects and promoting public policies that contribute to greater regional economic integration; (2) serving as a bridge for companies and associations across the region to connect with one another; and (3) creating a platform to expand opportunity for foreign investment in the region.

The region is identified as Turkey, Egypt, Israel, Jordan, and the future Palestine with heavy involvement by the US and, ultimately, bringing in Cyprus and the GCC countries as well. Over 350 people from 20 countries attended the conference, while the initiative is conceptually supported by over 60 organizations operating in the countries specified.

Of course it is an achievement in its own right that this group, which started with a meeting of 45 people less than a year ago in Amman, Jordan, is now able to bring together so many interested individuals in one place to speak about regional cooperation. But what is unique and holds so much promise for the future is the fact that the working groups actually have programs in place to achieve results, even recognizing the political obstacles that remain the “elephants in the room.”

But as I sat there and heard the presentations, participated in the task force meetings and met the delegates, it occurred to me that what we have here, if successful, is the making of a common market in the Middle East similar to what has been achieved in Europe since World War II. At the moment, intra-regional trade is the lowest of any geographical area of the world and yet, one would think that trading with your next door neighbor should be the easiest and most natural thing to do. But the level of suspicion, mistrust and in some cases, even public corruption, all make it difficult to achieve the ultimate goal… a tariff-free trade zone throughout the region, and perhaps eventually a passport-free zone as well.

The elements for success are all in place. The only question is whether the will to succeed is present. My sense from the meeting was that this could happen except for the “buts.” And what are some of them?

On the first day of the session, I sat next to an Egyptian diplomat from that country’s embassy in Jordan. He was relatively young, college educated (a medical doctor with a degree in international relations), married with young children — in a word, just the kind of person one would think Egypt needs to get out of its current turmoil. (I did not ask him whether he served under Morsi or under the current administration).

Yet, while one would think he would have every reason to be positive, he was quite cynical. He felt that while the private sector can start a lot of initiatives, as it has done with MECC, it cannot put most of them in place without government support. In his opinion, that support will not be forthcoming because the private sector initiative threatens the status quo as perceived by the people in each country and not by the governments that run them. He hastened to add that the biggest frustration for him and his Egyptian friends remains the Israel-Palestine peace process about which, he indicated, he and his generation are simply tired of and want to see it resolved.

Another speaker from one of the Arab countries candidly told the entire group: “let’s call a spade a spade.” Place aside the Israel-Palestine issue and face the real facts that the Arab countries themselves do not trust each other enough to break down commercial barriers between them.  He asserted that this should be the first priority.

Of course, the biggest elephant in the room at these events is always the lack of resolution of peace between Israel and the Palestinians. So even though this was a business meeting composed of people from around the region who voluntarily chose to participate knowing which countries will be represented, certain speakers, when discussing what they see as the road to progress, could not resist referencing the Israeli-Palestinian question. My sense was that it probably should have been mentioned once at the beginning of the meeting to recognize the fact that it is an issue for many people then followed by a request that it not be part of the business dialogue. But that was not to be.

So the cynics were there, the discussion was frank and the responses were honest. All of which left me with two distinct impressions.

First of all, how impressed I was with the commitment and vision of the US Chamber of Commerce in dedicating itself to this task and staying with it in order to make something happen. It speaks both to the creativity of Myron Brilliant and the level of support he is getting from the Chamber leadership who are footing the bill.

Secondly, is the optimism that permeated the meeting and my personal feeling from speaking with so many people that we can, indeed, be successful in this effort. If that happens, the natural outgrowth of all of this activity will be the development of a platform for intra-regional cooperation that will rival that of Europe and the Americas in its strength, its vitality and its potential benefit to peace and tranquility across the world.

Goethe said it well when he opined: “Dream no small dreams as they have no power to move the hearts of men.” What we saw this week at the Dead Sea is definitely no small dream.