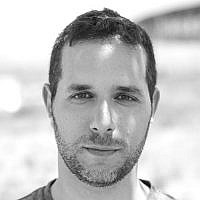 The Blogs
Barak Herscowitz
Barak is an expert in economic regulation policy
Apply for a Blog
Advertisement
Please note that the posts on The Blogs are contributed by third parties. The opinions, facts and any media content in them are presented solely by the authors, and neither The Times of Israel nor its partners assume any responsibility for them. Please contact us in case of abuse. In case of abuse,
Report this post. 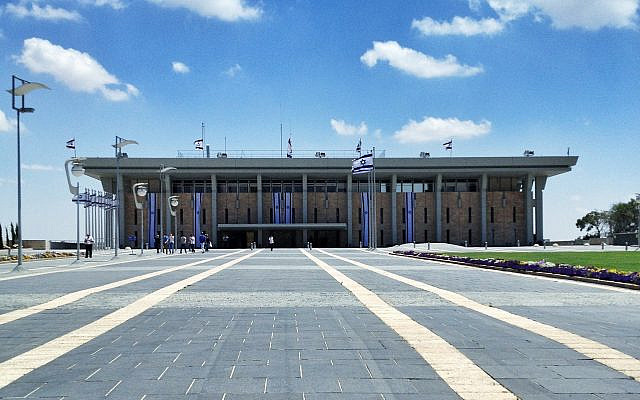 The “Arrangements Law,” a broad legislation that includes significant reforms and socio-economic changes that are difficult to pass individually, has already been published last summer. This is an extremely powerful tool, created in the wake of the great economic crisis of 1985, in the course of which the Israeli economy was rebuilt as a modern, efficient, competitive one, open to the world. Already then, politicians realized that they did not have the ability to persuade the public and parliament of the importance of each reform and each change individually, and came up with this strange instrument, indeed, a reform that includes many reforms.

The Arrangements Law that was published this summer, and that I and my partners in the “Minesweeper” project were privileged to help shape, was a particularly bold and creative one. Several critical reforms have been included in it, such as removing import barriers that harm small importers and inflate the cost of living in Israel; accelerating the business licensing reform that was passed about three years ago and has since become stuck; reducing excessive bureaucracy in the ​​oversight of the firefighting system for businesses; expanding competition in the closed and outdated banking market, and much more. Each of these reforms could have been another engine that would have accelerated the Israeli economy out of the crisis.

Consider, for example, the reform for transitioning to direct subsidies for farmers. The title may sound like some archaic section in a collection of socialist regulations. But in reality, it is a dramatic reform whose significance for the efficiency of the economy and the cost of living could be enormous. Although this important part of the Arrangements Law was not widely discussed in public, in several interviews the Minister of Finance had stated that “I am currently going to bring a plan to support the farmers and their products while lowering all barriers and tariffs and all indirect protections.”

Today, most support for Israeli agriculture is carried out through highly distorted and problematic mechanisms. At the heart of the policy, formulated back in the 1950s, is centralized state control over imports. Through unusually high tariffs relative to the rest of the world, imports are prevented from entering the country, and as a result the Israeli market is free from competition, which is reflected in the particularly high prices of food. Along with protection against competition, the state forces farmers to comply with cartels that control the quantities of eggs, milk, and other products that are allowed to be produced in Israel, and largely control the processes that set the prices.

The reform included in the Arrangements Law, despite its dry and boring language, was a genuine economic revolution. It was a first step on the way to opening the food market in Israel to competition, lowering the cost of living, and at the same time helping Israeli farmers offer their wares on a free market, with assistance from the state both in the form of direct subsidies and in the increase of their productivity and competitiveness.

It is sad to imagine how much value, how much prosperity, how much welfare could have been created if the bold and broad Arrangements Law submitted to public scrutiny had passed. Israeli politics has twice faced severe economic tests. In 1985, as noted, when the country was on the verge of bankruptcy, in the last minute, the politicians took the correct step in accepting the stabilization plan. The second time, in 2003, after a severe wave of terrorism that shattered Israeli society, and a deep economic recession, the government of Sharon, with Benjamin Netanyahu as finance minister, took a series of unpopular but important measures that removed growth barriers, revitalized the financial sector, and supported the entry of many sectors of the population into the labor market.

The current 23rd Knesset and the so-called “unity” government failed to muster the same courage, and were not sufficiently responsible to make important decisions in the moment of truth. The Israeli economy has not yet reached the point of no return. Despite the heavy obligations the state imposes on citizens’ backs for many years, and despite the imminent  recession that we will not get out of easily, there is still time to change the direction of the ship, shed the ballast that is weighing it down, and steer the Israeli economy to a safe harbor of growth. But if the next government fails to do so, we may miss the window of opportunity to break out of the current crisis by growing out of it.

It is important to ask politicians what they intend to do. Every party loves to boast about the money it spends on important and worthy social goals. But it is more telling and more important to understand who the politicians who will have the insight and the ability to undertake even deeper, long-term and important steps to change the structure of the Israeli economy.

About the Author
Barak is an expert in economic regulation policy. He is a co-founder of the "Minesweeper" project for reducing bureaucratic barriers for small businesses, a project that helped formulate legislation and policy. Previously served as economic development advisor to Jerusalem Mayor Nir Barkat. He is member of the Business Development Committee of the Tel Aviv City Council and co-founder CEO of 'Griever-Herscowitz' strategic consulting firm.
Related Topics
Related Posts
Comments