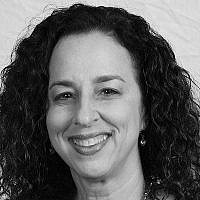 The Blogs
Dahlia Bendavid
Apply for a Blog
Advertisement
Please note that the posts on The Blogs are contributed by third parties. The opinions, facts and any media content in them are presented solely by the authors, and neither The Times of Israel nor its partners assume any responsibility for them. Please contact us in case of abuse. In case of abuse,
Report this post. 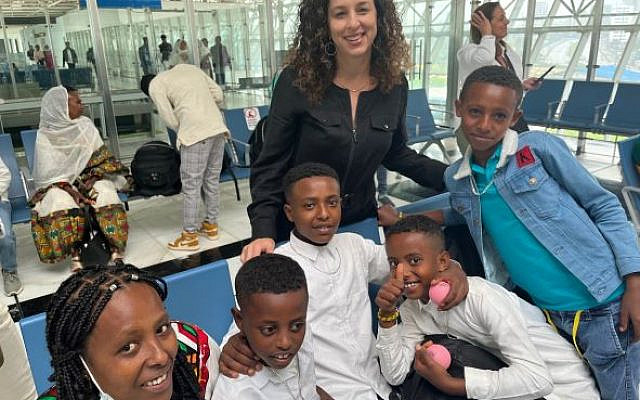 a surprising and welcome event that is not explicable by natural or scientific laws and is therefore considered to be the work of a divine agency; an extremely outstanding or unusual event, thing, or accomplishment

We experience miracles, big and small, all the time. It may be something major like the birth of a child, healing from sickness, surviving a car crash, finding a dream job, getting through a pandemic, or it may be an everyday occurrence that can be taken for granted like waking up, the clothes in our closet, having a supportive partner, living in a comfortable home, or taking a vacation. Often, we don’t even realize that we experience miracles on a daily basis. One might argue that the smaller day-to-day experiences are not miracles by definition. Albert Einstein once said, “There are two ways to live your life. One is as though nothing is a miracle. The other is as though everything is a miracle.”  Absolutely!

While I often have to pause to not take things in my life for granted and show gratitude for daily miracles, last week I witnessed a miracle that loomed large. Even those that choose to define a miracle by the dictionary definition would agree. I had the honor of accompanying 209 Ethiopians on their Aliyah flight to Israel as part of a trip for 60 Jewish lay and professional leaders organized by the Jewish Agency for Israel and the Jewish Federations of North America. Accompanying this group to Israel was indeed a very special part of my trip.

Throughout time, Jews have been dreaming of returning to the Land of Israel. The prayer Shir Hama’alot is recited on Shabbat and holidays after the meal at the start of the grace after meals. This is one of 15 psalms that are titled Song of Ascents. The psalm starts with “A song of ascents. When God restored the exiles to Zion it seemed like a dream. Our mouths were filled with laughter, our tongues with joyful song.”

Scholars believe that this was recited by worshippers as they ascended the road to Jerusalem to celebrate the pilgrim festivals (Passover, Shavuot, Sukkot). The psalms are cheerful and hopeful. The ascent expresses a yearning to return to the promised land. We say one is making Aliyah – ascending/going up – when going to live in Israel.

The Beta Israel, the Ethiopian Jews, have longed to return to Jerusalem, the eternal capital of the Jewish people. This was their North Star and guided their existence for centuries. They are said to be descendants of King Solomon and the Queen of Sheba. Some say they are the lost tribe of Dan. They were cut off from the Jewish people for a very long time and thought they were the only remaining Jews in the world. Their faith was strong and their Biblical practice of Jewish ritual sacred.

Their history is long and complicated. For many years, they were not allowed to leave Ethiopia and were not allowed to enter Israel. In Israel, many did not consider them to be Jewish. In 1973, the Sephardic Chief Rabbi recognized the Falasha (community of Ethiopian Jews) as Jews.

During the 1980’s and 1990’s, the Government of Israel, with the help of the North American Jewish community and world Jewry, facilitated bringing the Ethiopian Jews to Israel. During Operation Moses in 1984, 8,000 Ethiopian Jews were brought to Israel. Ethiopians made the arduous trek to Sudan by foot, many having to deal with kidnappers, robbers and family members dying on the way to Sudan, and then living in refugee camps in Sudan until they were able to be taken to Israel. In 1990, Operation Solomon took place bringing 14,000 Ethiopian Jews from Addis Ababa to Israel.

Our group visited Gondar and Addis Ababa and heard about the history of the Ethiopian Jewish community from Micha Feldmann, a living legend and former Israeli Consul to Ethiopia who was instrumental in executing Operation Solomon. Doron Almog, Chairman of the Executive of the Jewish Agency for Israel, accompanied our group and shared his role in Operation Moses.

Over the past few decades, the Jewish Federation system has helped bring almost 100,000 Ethiopian Jews to Israel. Operation Tzur Israel began in 2020-2021, bringing 2,150 Ethiopians to Israel on nine flights – even when Israel shut down the airport during Covid. This year, 3,000 additional Ethiopians will be brought to Israel to be reunited with their families who have immigrated in previous years.

I am in awe of the compound in Gondar set up by the Jewish Agency for Israel and the Struggle to Save Ethiopian Jewry (SSEJ) to meet the needs of the Ethiopians waiting to go to Israel. Gondar is where many of the Ethiopians from various villages in the region go to prepare for their time in Israel. Housed in this area is the synagogue, mikveh, food distribution site, medical center, and classrooms. While it was difficult seeing the extreme poverty, there is so much hope amongst the people. It was extremely moving to see hundreds of people – both men and women – gathered for morning prayers and ending with the singing of Hatikvah – singing of their hope to return to the Holy Land.

Can you imagine waiting 14 years to go to Israel to be with your father and sisters? In Gondar, we met with Babich and his wife Terengo and their three girls who have been waiting to do just that. All five of them are living in a small mud home with one bed, no running water, and a communal ‘kitchen’ (no refrigerator, no oven, but large pots on a makeshift stove on the ground to make coffee and ingera (flatbread), their suitcases piled up in the corner of their room. They are waiting to join Babich’s father and siblings in Israel. Babich works as a daily worker and his family in Israel sends him money so they can pay their rent. They have been approved to go to Israel and will hopefully be joining his family sometime in the next few months. This family is able to survive because of the assistance the SSEJ and the Jewish Agency provides. 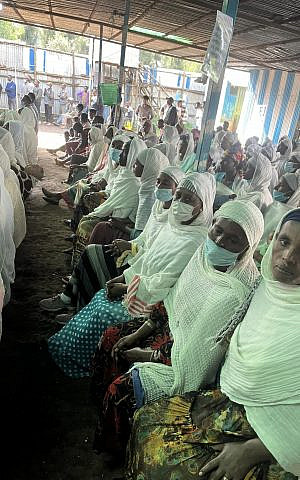 Picking up and leaving the life you know and starting over is not easy. Yet, for the 209 Ethiopians that we accompanied to Israel, going to the Holy Land, a lifelong dream, and being reunited with family members, many who haven’t seen their family in over 10 years, is exactly what they are doing. How amazing to be with these brave souls, singing and clapping as the plane touched down in Tel Aviv.

In Israel, many of the new Olim are placed in one of 16 Jewish Agency absorption centers for a couple of years with a preference to one that is located near their family already living in Israel. There the Olim participate in conversion classes, learn Hebrew, participate in vocational training or children’s academic enrichment and after-school activities, and participate in social and recreational activities. The journey for new immigrants is not easy, yet having this support is critical to their success.

Meeting three young, recent immigrants – Esther, Negatu and Abiya – at the Shoshana absorption Center in Kiryat Gat gives me immense hope. These three ambitious young adults are three of 320 new immigrants living at this center. They appreciate everything they have and are extremely grateful for all the Jewish community has given them an opportunity for a new life. 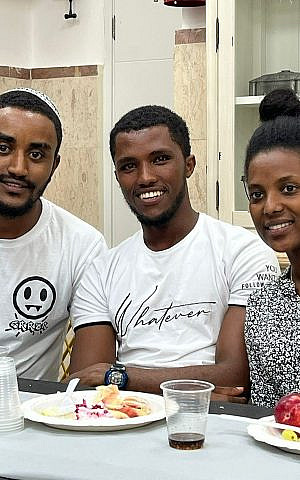 What drive and determination these young people, and the other people we met at the absorption center, have. I am privileged and honored with how I spend my days knowing that we are giving people like Esther, Negatu, Abiya, and the 209 Olim that landed in Israel last week, an opportunity to fulfill the dreams of their ancestors and live in the Holy Land. A miracle indeed. And for giving Babitch and his family and the thousands of others the ability to have their most basic needs met amidst the poverty surrounding them, until their dream can be fulfilled.

I am grateful for the miracles that the Jewish federations do on a regular basis for the Ethiopians in Gondar and for those that have made Aliyah, and for the countless other Jews around the world being helped in so many ways. 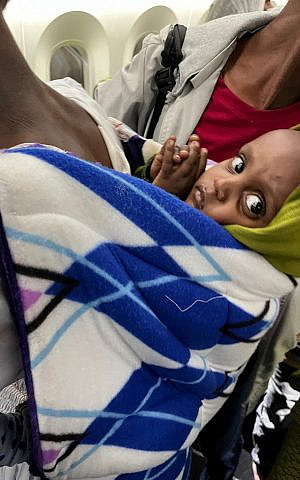 Waiting to go to Israel

About the Author
Dahlia Bendavid believes in making the world a better place and helps makes this possible by working in the Jewish community as the Director of the Israel and Overseas Department at the Greater Miami Jewish Federation. She is a certified life coach and a certified happiness trainer. Dahlia grew up in NY, has lived in Israel, and now lives in Miami. Dahlia is the proud mom of two adult children, Ariel and Noam.
Related Topics
Related Posts