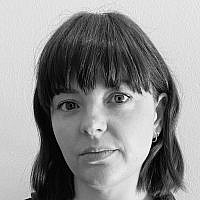 The Blogs
Kimberly Simpson
Apply for a Blog
Please note that the posts on The Blogs are contributed by third parties. The opinions, facts and any media content in them are presented solely by the authors, and neither The Times of Israel nor its partners assume any responsibility for them. Please contact us in case of abuse. In case of abuse,
Report this post.

“You’re probably wondering why I brought you here.” I told a group of eight who were the very first group of participants in my culinary tour of Melbourne.

Sure, the cheesecake at Monarch Bakery — a culinary landmark of the city in its own right — is out of this world. But there’s nothing about the bakery or its lively, tourist-riddled beachside suburb, that seems synonymous with the Jewish life that is the focus of my tour.

Yet, Monarch Bakery was established here in 1934 by Pearl Levine, a Jewish immigrant from Poland. Her succulent cheesecake was a family recipe that originated in her hometown and was passed down for generations.

So, when my curious participants took their first bite, they were tasting a morsel of that Jewish life that was.

My tour, Cafe Australia’s Bagels, Babka and Beyond: A Taste of Jewish Melbourne, allowed guests to learn about the development of Melbourne’s Jewish community from early British-Jewish migrants, to the influx of migrants and refugees connected to the Second World War that completely changed the structure and identity of the city. They were introduced to the vibrant Yiddish culture of Melbourne, the importance of the community in assisting the migration of so many Jewish refugees after the war, and the incredible stories of many Holocaust survivors who forged new lives in Australia.

The tour offered a range of Jewish foods and explained how they fit within Australia’s diverse culinary landscape. Understanding the origins of these foods and how their creators have brought them here from different countries meant that our guests left with many new discoveries relating to Melbourne’s Jewish community, and the amazing stories of migrants in their own backyard.

Most Australians don’t know much about the history of the 100,000 Jews who live in their country — many of whom are Holocaust survivors or their descendants. In fact, when I began my research I was surprised to discover after Israel, Australia accepted the most Holocaust survivors of any other country per capita.

The famous cheesecake was followed by a smorgasbord of Jewish culinary experiences that truly reflects the nature of the diaspora: Russian rye, an Israeli feast that includes the best hummus in Melbourne, followed by some locally famous chocolate cookies, and finishing with bagels from Glick’s, Melbourne’s very first bagel shop.

Ultimately, though, Cafe Australia is about much more than food. It’s about honoring the lives that were cut too short and the knowledge that was never passed down. It is for the mothers who will never see their grandchildren enjoying the fruits of their labor because they were murdered in one of the twentieth century’s most gruesome examples of brutality.

Many Australian Jews will never have the chance to visit the landmarks or villages of their ancestors because they no longer exist. Synagogues, homes, schools, and entire communities were burnt down or taken over, and their Jewish life completely erased.

With Cafe Australia, I hope to not only transport my guests to a bygone era, but also demonstrate to them that Jewish life, history and culture are all around this beautiful city if we just take a closer look.

As a non-Jew, I often get asked why I’m so passionate about the Holocaust. There are logical reasons, of course. As a former tour guide in Europe, I often took groups to Auschwitz and Dachau and saw how they would transform from bleary-eyed tourists to fully engaged participants. This is because Nazi Germany and World War II are fascinating points of history, regardless of your religion.

But as we mark another Yom Hashoah, I feel even more compelled to tell these little unknown stories to anybody who wants to listen.

The project was cooked up while I was a student at the University of Haifa’s Weiss-Livnat International MA Program in Holocaust Studies. There, I learned that you don’t need to be an entrepreneur to launch an initiative, you just need a good idea.

While I’ve only just begun this food tour — the second is slated for later this month — I’m truly grateful that others understand this idea and how inherently emotional the act of eating, passing along culinary treasures can be. I am so incredibly grateful that people have chosen and continue to choose to join me in this act of putting ‘never forget’ into meaningful action.

About the Author
Kim is a tour guide, history student, and entrepreneur based in Melbourne, Australia, who is passionate about innovation in Holocaust education. She founded Cafe Australia in 2020 as a way to promote intercultural understanding, with the aim to raise awareness about the Holocaust and foster an inclusive space for learning and discussion for a wide audience.
Related Topics
Related Posts
Comments