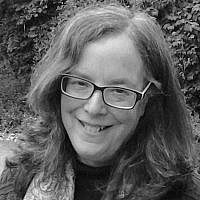 The Blogs
Penny Schwartz
Apply for a Blog
Advertisement
Please note that the posts on The Blogs are contributed by third parties. The opinions, facts and any media content in them are presented solely by the authors, and neither The Times of Israel nor its partners assume any responsibility for them. Please contact us in case of abuse. In case of abuse,
Report this post.

Lenox, MA — As sunset drew near last Friday evening, the harmonic melodies of Kabbalat Shabbat beckoned in the unlikely setting on the sprawling grounds of Tanglewood. 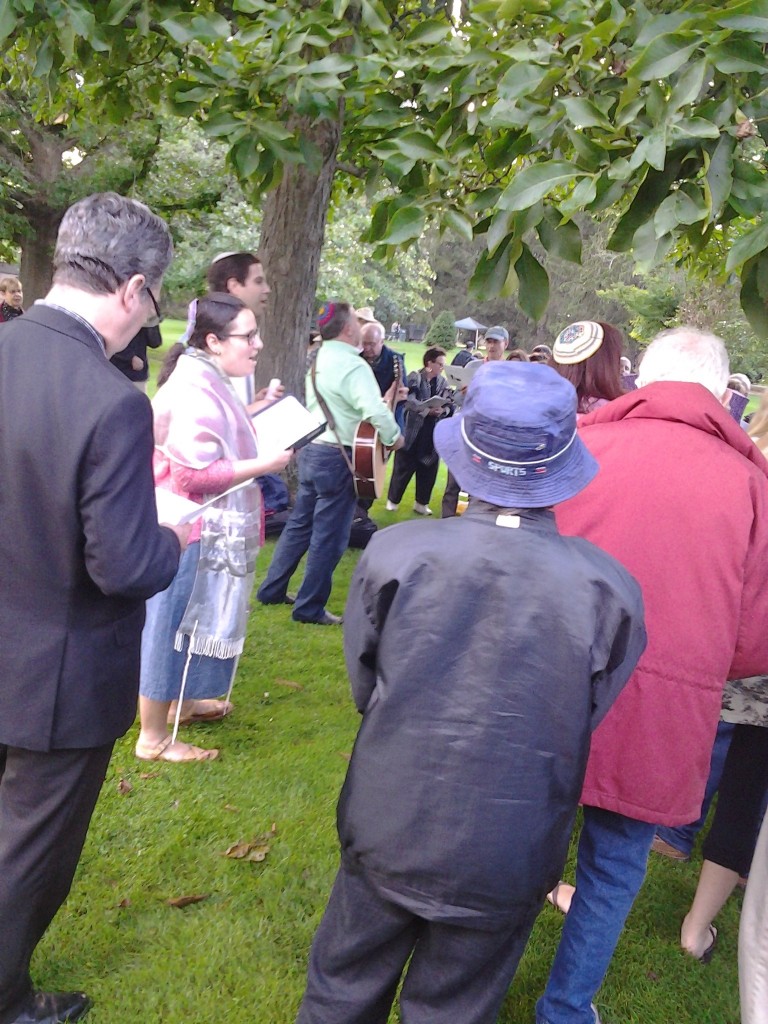 As a seeming prelude to the evening’s scheduled all Beethoven program, members of Hevreh, a Reform congregation in the Southern Berkshires, gathered under a tree at the famed summer home of the Boston Symphony Orchestra for their seasonal Shabbat at Tanglewood service. Curious passersby joined in the singing of the lyrical service, led by Hevreh’s Rabbi Neil Hirsch and Rabbi Jodie Gordon. They were accompanied on guitar by visiting Rabbi Gary Bretton-Granatoor, of New York City.

“It was an incredible experience,” Rabbi Hirsch told The Times of Israel in a phone conversation a couple of days later. Hirsch, who began his appointment as a rabbi at the Reform congregation last month, was moved by the rural congregation’s tradition of convening the Friday evening prayer service at Tanglewood, begun casually many years ago by Rabbi Deborah Zecher, Hevreh’s rabbi emerita. While Hirsch emphasized that it is not an official part of Tanglewood, the annual informal gathering is now a very popular program for Hevreh members, Hirsch told the Times of Israel.

“For me, it is really something special to be surrounded by friends, with the music and everybody singing together. There is power in that for me,” he reflected, noting that for him and many others, the combination of the music and the beauty of the natural environment captured the true joy of Shabbat.

The service was followed by an oneg set out on a table with Shabbat candles, wine and challah that blended in seamlessly with the tantalizing al fresco spreads of Tanglewood’s concert goers. 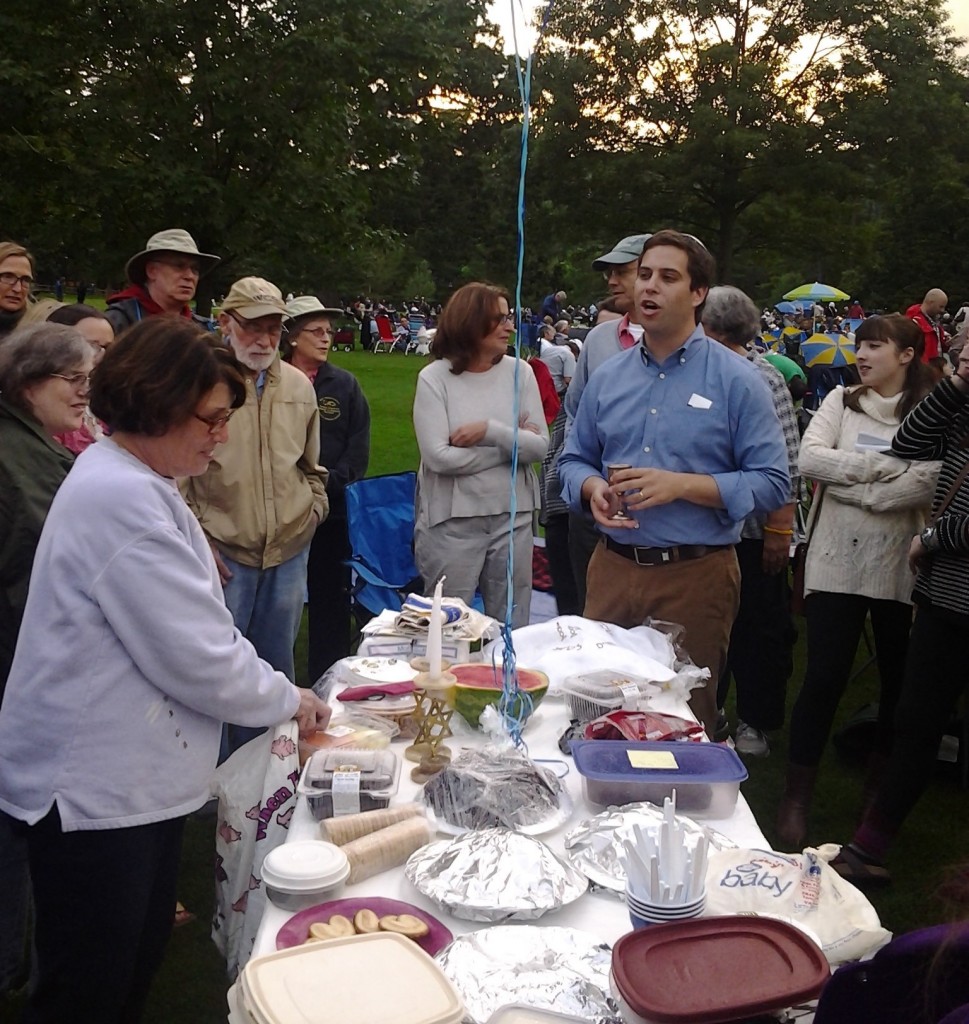 That evening, Rabbi Hirsch said he was surprised to learn from a reporter that the evening’s concert featured Israeli virtuoso violinist Vadim Gluzman, who was making his debut with the BSO.

Earlier, Gluzman told The Times of Israel that he was looking forward to his first time performance at Tanglewood, which he described as one of America’s greatest cultural institutions.

“For me, playing the Beethoven Violin Concerto with the Boston Symphony under the venerable baton of Christoph von Dohnanyi is quite simply a dream come true!,” he wrote in an email.

The entire weekend was overflowing with notable musical moments, including the world premieres of works by Israeli composer Shulamit Ran and American Yehudi Wyner. The two Pulitzer Prize winners and revered teachers are both long time associates of the Tanglewood Music Center, the world renown summer academy affiliated with the BSO that is celebrating its 75th anniversary this season. Their compositions, commissioned for the anniversary, were performed as part of the Festival of Contemporary Music (held July 20 – 27) and featured in an earlier Times of Israel article.

Earlier in the day Friday, Ran’s richly layered “Birkhat Haderekh” indeed reflected an uncharted journey with “undercurrents of apprehension, moments of veiled trepidation mingled with hope and anticipation,” she wrote in an email. 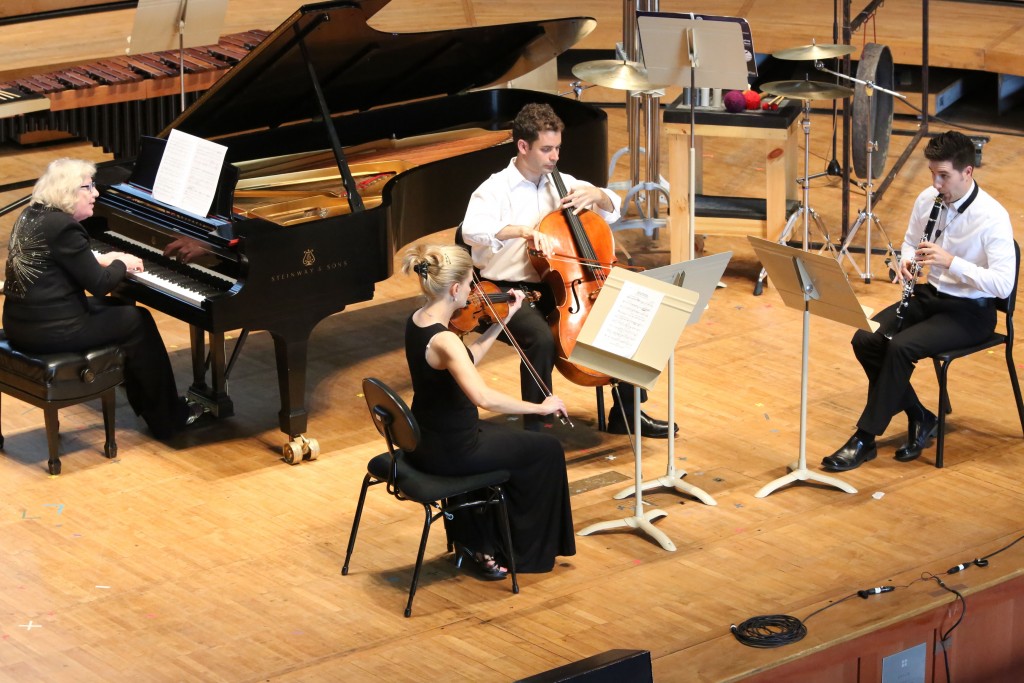 Thomas Martin, on clarinet was joined by Ursula Oppens, piano, Wendy Putnam, violin, and Israeli-born cellist, Micki Katz, who is on the faculty of the Tanglewood Music Center.

Wyner’s “Sonnet for Soprano and Ensemble,” performed Saturday, July 25 at a 6 pm prelude concert, also in Ozawa Hall, was written for soprano Lucy Shelton, a long time faculty of the TMC’s vocal program. Her stunning voice gave life to a poem by Elizabeth Bishop, the late US poet laureate whose work Wyner admires.

Award winning poet and music critic Lloyd Schwartz, a friend and editor of Elizabeth Bishop’s work, was in the audience.

“By an act of real musical imagination Yehudi Wyner transformed her [Bishop’s] talented high school poem into a deep looking back over a life of trying to create music. I was very moved by it,” he wrote later in an email.

Later that evening, conductor Michael Tilson Thomas and pianist Emanuel Ax, both among the luminaries associated with the Tanglewood Music Center, shared the stage for Mozart’s Piano Concerto No. 14. Tilson Thomas then led the BSO in a bold and magnificent performance of Mahler’s 5th Symphony. 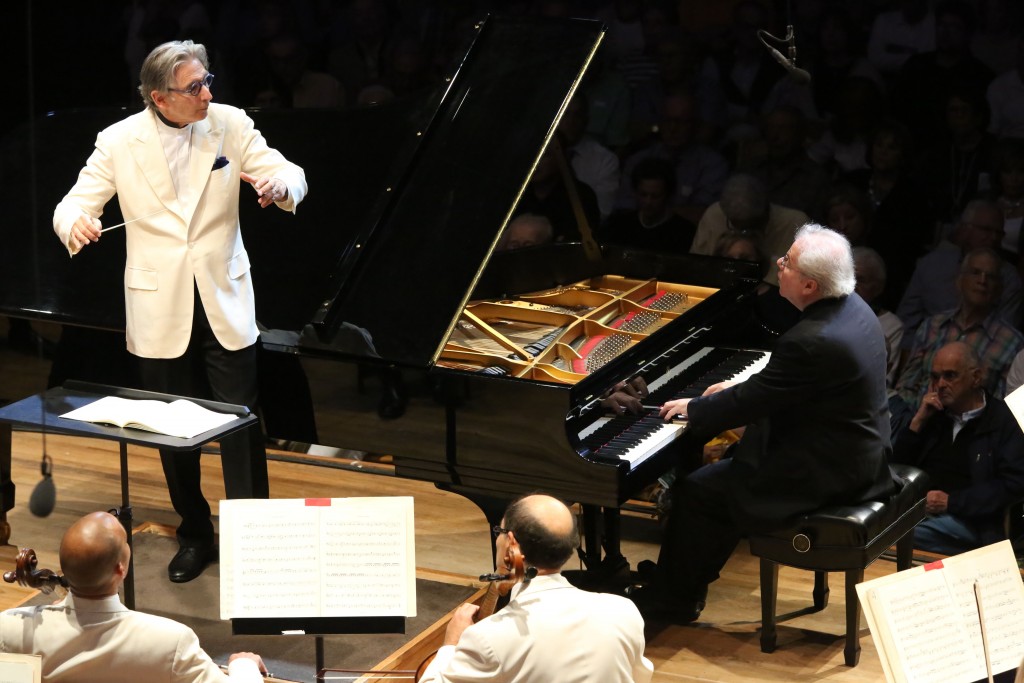 The BSO season at Tanglewood continues through mid August. For those who can’t make it to Berkshires, live broadcasts can be heard on WCRB radio, 99.5, which airs concerts from the Koussevitzky Music Shed on Fridays and Saturdays at 8:30 p.mand Sundays at 2:30 p.m, with hosts Ron Della Chiesa and Brian McCreath.

Throughout the summer, the TMC is offering free weekly 75th anniversary downloads featuring some of the most treasured recordings from its archives and some of TMC’s significant new music, chamber music and vocal performances.

About the Author
Penny Schwartz is a Boston-based journalist specializing in Jewish subjects, the arts and education. She is the co-author of "Gwozdziec Reconstructed," the recreation of an 18th century Polish synagogue roof and painted ceiling, now on permanent exhibit at Warsaw's Polin Museum of the History of Polish Jews. Follow her on Twitter @PennySchwartz.
Related Topics
Related Posts
Comments