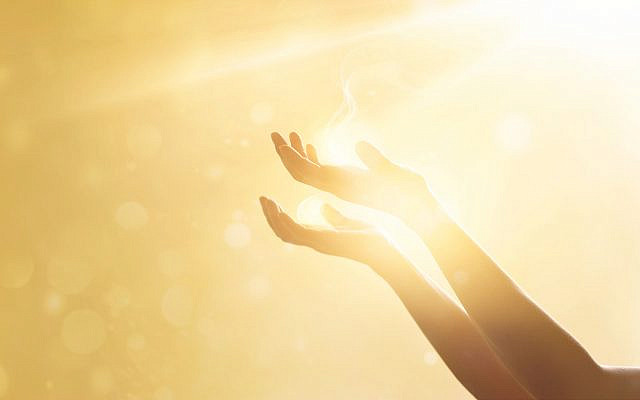 One of the most beautiful parts of Yom Kippur davening is the rousing poem that precedes each communal Viduy (confession prayer) and lists a variety of terms to describe the relationship between God and the Jewish people: “We are Your X, and You are our Y.”

The poem is based, at least in part, on a passage in the Midrash Rabbah that elaborates on the words, “My beloved is to me and I am to him” (Song of Songs 2:16). Traditional interpretations generally understand the love story in Song of Songs as symbolizing the relationship between God and the Jewish people; the speaker (“I”) in this verse represents the nation and the “beloved” alludes to God, and the implication is that the relationship moves in two directions, with each party being “to” or “for” the other in some way.

The midrash offers a number of answers, all based on verses and each casting the relationship in a slightly different light. “He is a God to me, and I am a nation to Him”; at the same time, “He is a Father to me, and I am a son to him.” “He is a shepherd to me… and I am sheep to Him.” And so on.

Each of these relationships deserves its own analysis, but the overall sense of the midrash is paradoxically two-fold: The primary verse at its root seems to represent a balanced relationship of equals – two individuals who love each other and are “to/for” each other – yet many, if not all, of the analogous relationships in the midrash (as well as in the Yom Kippur poem, which adds to the midrashic list) represent an imbalance. A father is not equal to his child; a shepherd is not equal to his sheep.

This imbalance is understandable, as clearly God and His people are not equals – which only serves to highlight the oddity of one line in the Yom Kippur poem that does seem to place the two parties on completely equal footing: “Anu ma’amirecha (מאמירך), v’Atah ma’amirenu (מאמירנו).”

Notice how I avoided translating the key word.

What is a ma’amir, and how can it be that we and God are described with the exact same term in relation to each other?

As this line of the poem appears to be rooted in a verse in this week’s parsha, we will turn there to explore its meaning.

At the end of Deuteronomy chapter 26, Moses proclaims “This day, Hashem your God commands you to do these statutes and the laws… You he’emarta (האמרת) Hashem today to be a God to you and to follow in His ways and to observe His commandments… And Hashem he’emir (האמיר) you today, to be a nation of treasure to Him, as He said to you, and to observe all His commandments…”

Many questions can and should be asked about this passage (including the foundational question of what it means to be God’s “nation of treasure”), but we will focus on the following:

1. What does the root .א.מ.ר mean in these verses?
2. What does the full verb construct he’emir (parallel in form to the word ma’amir in the Yom Kippur poem) mean?
3. What is it that the nation did towards God and God did to the nation, and how does this shed light on the multi-faceted relationship between us?

Any novice student of Hebrew would likely answer the first question with the word “say”; however, the root does not appear anywhere else in the Bible in this form, leading many commentators to other approaches.

Rashi, for instance, notes that there is no clear precedent in the Torah for he’emarta/he’emir, but suggests it might mean “separation,” with a possible connection in Psalms 94:4, “yit’amru all evildoers.” His comment on the verse in Psalms sheds further light, defining yit’amru as yishtabchu – from a root meaning “praise.” It is not, therefore, simply difference, but positive distinctiveness that is implied. In Psalms, the meaning would be a rhetorical: “Shall all evildoers praise themselves?” We might then read our text as saying “You’ve distinguished Hashem [from other gods] as your God… and Hashem has distinguished you [from other nations] as His people.”

In this aspect of the relationship between God and His people, each praises the other as being different, and commits to an exclusive relationship.

Others offer a different precedent that also implies praise or greatness, from the word amir (אמיר) as found in Isaiah 17:6. There, a future time of calamity is compared to a tree with just a few inferior fruits remaining at the top of the “amir” – the uppermost branches.

Commentaries who take this approach offer more insight (at least by implication) into the particular form he’emarta/he’emir as being in the hifil, or causative, verb construction. For instance, Abarbanel explains, “You have elevated and exalted God in that you accepted Him as God… if you elevated and exalted Him, He too elevates and exalts you… in that He took you from among the nations as a nation of treasure.”

Other than the prooftexts (Psalms vs. Isaiah), is this second interpretation substantively different from Rashi’s? Both describe a relationship based on mutual designation of the other as unique and separate from anyone else; God is our one and only, and we are, in some sense, His. However, there does seem to be a deeper difference between the two interpretations: in the first, each party in the relationship declares the other to be unique; in the second, the declaration and commitment of each party makes the other party not just unique but greater than before. Each causes the other to become the amir, the highest of branches.

We may not be surprised that God could elevate a people, but the balanced nature of these words – he’emarta and he’emir, so that each becomes the ma’amir of the other – might give us pause as we consider what it means for a people to have such power to actively elevate God Himself.

Interestingly (as it brings us back around to .א.מ.ר as speech) and even more powerfully, Abarbanel also offers another approach, in which the same translation of amir as the highest branch implies speech:

The delicate, uppermost branch at the top of the tree is called “amir” because the branches have a voice and sound in their constant movements… Also, every tree is called “si’ach” for this reason, because it sach (converses) and speaks constantly.

Here, Abarbanel uses the precedent of amir in Isaiah 17:6 as a basis for interpreting the unusual form he’emarta/he’emir as indeed related to the familiar word .א.מ.ר, in a causative sense. He continues:

Behold, at Sinai, God did a wondrous kindness for Israel; namely, to speak with them from Heaven…. And Israel did for Him an extremely pleasing service, when they said there “we will do and we will listen.” Therefore, Moses said here, “If Hashem said His utterances to you… it was caused by you, Israel, because you accepted Him as God and you said [you would] follow in His ways… You brought about, by what you said before Him, that He would cause you to hear His voice and His commandments, for because you said ‘everything Hashem says, we will do’ – He had to speak with you with His voice.” And that is [his meaning when] he said, “You he’emarta Hashem today” – meaning, you brought about the amirah…

By accepting God and His laws, Abarbanel suggests, the nation forced God to bestow upon them the tremendous privilege of hearing those laws directly from Him.

Abarbanel then goes on to explain how Hashem he’emir His people:

And [while] you said an utterance so honorable and precious as “we will do and we will listen” – Hashem he’emircha; meaning, He did [something] for you so that you would say it. And this was in His message to you at the beginning, to say to you before [Sinai], “and you will be a treasure to Me” – and that He would give you a reason to observe His commandments…”

We take our free will very seriously; how are we to understand that God “caused you to say,” to declare a commitment to Him? For Abarbanel, it was by giving the people a reason, namely, explaining the results of such commitment; as the next verse elaborates (26:19), the incentive lay in the holiness and potential inherent in mitzvah observance. (“And to set you above all the nations… and that you will be a nation holy to Hashem…”) Mutual promises, then, almost force one another’s hand, in a chicken-and-egg sort of interplay: God’s promises of the results of mitzvah observance brought the people to declare their loyalty to Him and His mitzvot; at the same time, their declaration led to His promises.

In this portrayal, therefore, the relationship between God and Israel is even more than balanced; it is symbiotic, each responding to the other in a cycle of deepening commitment. It no longer matters who declared first, as long as both sides keep declaring.

As Abarbanel and others also note, this passage in Deuteronomy 26 is one of those surprising contexts in which Moses stresses the word “today” even though he seems to be relating a story that happened long ago. Rashi, here and elsewhere, cites a midrashic explanation of that emphasis: Each day, including today, should be like that day; we strive to recommit, today and all days, with the same zeal that characterized that first declaration, “We will do and we will listen.”

Today and all days – including on The day, when we stand before God on Yom Kippur – we reiterate our commitment to observe His mitzvot, and call upon Him to likewise recommit to us.

We have the power to make ourselves His ma’amir, today and all days, and thereby to make Him ours.

About the Author
Sarah Rudolph is a Jewish educator, a freelance writer and editor, and the director of TorahTutors.org. She has been sharing her passion for Jewish texts of all kinds for over 15 years, with students of all ages. Sarah's essays have been published in a variety of internet and print media, including Times of Israel, Kveller, Jewish Action, OU Life, Lehrhaus, Tradition, and more, and she serves as Editor-At-Large, Deracheha: womenandmitzvot.org. Sarah lives in Ohio with her husband and four children, but is privileged to learn online with students all over the world through WebYeshiva.org and TorahTutors.org.
Related Topics
Related Posts
Sarah C. Rudolph
Comments