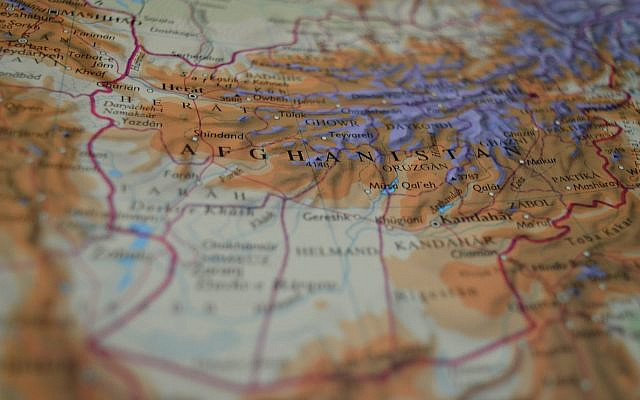 Afghanistan - the 'Heart of Asia'

The reign of chaos that has befallen upon Afghanistan since the precipitous withdrawal of the U.S. led NATO troops from the country has set the fate of the country back to 2001. In fact, it will not be a hyperbole to say that this impetuous withdrawal has pushed back the wheels of fortune in Afghanistan to the times worse than that of 2001.

With the Taliban claiming to have captured 85 percent of the Afghan territory, the fate of the democratic state of Afghanistan remains swinging between today and tomorrow. In all probability, the Taliban is set to gain unprecedented powers in any power arrangement that comes to rule in the future. It is therefore conspicuous that the regional powers as well as all the other stakeholders are engaging with them at their own level. India is not an exception.

Although, India has been the only country till now which has maintained a clear and consistent position that “any peace process must be Afghan-led, Afghan-owned and Afghan-controlled; has to respect the national sovereignty and territorial integrity of Afghanistan, and preserve the progress made in the establishment of a democratic Islamic Republic in Afghanistan”, the emerging scenario has forced India to maintain an equilibrium between its principles of idealism and contemporary realities.

Irrespective of what type of interim government comes to power in Afghanistan in the foreseeable future, the positive role of India in Afghanistan’s destiny cannot be discounted. Even the Taliban understands that the role of India in Afghanistan today is not same as that of 2001. With sustained developmental presence touching the lives of common people, India is probably the only country which commands immense goodwill across all sections of people in Afghanistan. Therefore, it is necessary for both India and Taliban to infuse synergy in their relationship to reflect the contemporary realities.

We all know that major upheavals in history have created adversity for some but it has also presented opportunities for others to meander the course of history in a progressive direction. The Taliban has to choose which way it wants to move from now. Keeping all eggs in one basket has never been the right approach in politics. Being out of power, it was affordable for them to antagonise one sovereign neighbour to appease the other who kept them clenched under their suzerainty. The Taliban has defeated the U.S. and it will be a decline of their prestige if they remain subservient to the extortionate claims of their ‘self-appointed’ masters at Rawalpindi who only see them through the prisms of India. With its terminal decline in economic, social and political spheres, the fate of a pariah state of Pakistan does not look promising on any count whatsoever. Contrast this with India – a pluralistic democracy with international legitimacy and bourgeoning economic power combined with a military might growing fast enough to soon address the challenges posed by the other behemoth of Asia.

It is therefore, well-advised for the Taliban to consider partnering with India in redrawing the boundaries of the region to best suit the strategic and economic interests of Afghanistan. A strong economic and strategic partnership in Badakhshan province, especially in the ‘Wakhan corridor’ (or Wakhan District) will allow both Afghanistan and India to benefit from it. A redrawn map with changed neighbourhood will provide Afghanistan the necessary economic impetus by giving it the access to huge Indian market for its goods through the proposed trade route which will be opened via our shared land borders. It will also help Afghanistan to balance out the Chinese presence in the region with the establishment of a tri-junction between Afghanistan, India and China acting as a backstop against any Chinese adventurism in Afghanistan on the pretext of securing its Xinjiang province in the north – a similar arrangement is facilitating a buffer at the India-Bhutan-China tri-junction near the Tibetan Autonomous Region.

Nevertheless, it is just a matter of time that a powerful and resurgent India will retrieve its very own ‘Alsace-Lorraine’ territory presently occupied by Pakistan. Today, India has accepted the contemporary realities; tomorrow it will be inevitable for the Taliban to accept the emerging realities while keeping in mind that a confident and reliable India had been offering them a huge arena for a win-win cooperation.

About the Author
A blogger, writer and reader who encapsulates diverse opinions in a dialectical manner.
Related Topics
Related Posts
Comments
Advertisement