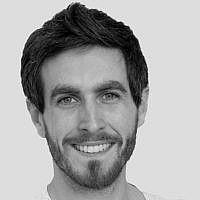 The Blogs
Lotan Levkowitz
Apply for a Blog
Please note that the posts on The Blogs are contributed by third parties. The opinions, facts and any media content in them are presented solely by the authors, and neither The Times of Israel nor its partners assume any responsibility for them. Please contact us in case of abuse. In case of abuse,
Report this post.

Today’s sophisticated high-tech investment landscape in Israel gives an advantage to a new type of investor who receives high earnings early and generates surplus income to invest back in the hi-tech sector.

Angel investments, once reserved for a gated community consisting of the ‘founding fathers’ of the tech industry, of serial entrepreneurs who have successfully sold companies and of leading figures in Israel’s economy, are starting to open up to more people in Israel, in a very short time.

To provide financial backing for small startups and entrepreneurs in exchange for ownership equity in the company, one has to be a high-net-worth individual. In addition, it helps to be well-connected in the ecosystem to identify opportunities and innovative ideas early, as well as to have a deep understanding of trends, industry verticals, technologies and how the local and global tech scene works.

Until recently, a lot of high-tech employees in Israel had market understanding, experience, knowledge, network and access to top talents, as well as interest and willingness to put their money on startups, but they lacked the capital. Today, the prestigious private investors’ tech club is expanding, as the local tech industry has created a new layer of senior employees turned investors.

There are many reasons behind the formation of this set of new high-tech angel investors at this moment in time. One reason is the recent Israeli tech IPOs such as JFrog, Monday.com, SentinelOne and WalkMe, as senior employees may sell part or all of their shares as their company’s valuation skyrockets as they go public. The SPAC merger deals frenzy in the past year, led by IronSource with a valuation of over 11 Billion, also helped senior employees gain capital faster than ever (a SPAC is a shell company with no commercial activity, raising capital through IPO to later acquire a private operative company, and pour its activity into the traded structure. The acquired company skips the long process of independent IPO and gains access to the public market).

Startups at much earlier stages, not yet listed in primary markets (in which assets are issued, like NASDAQ for shares) nor acquired by a tech giant, have also created employees with deeper pockets. The amount of capital raised by Israeli startups in early and late-stage rounds has become bigger and companies’ valuations go higher: In the first quarter of 2021, Israeli high-tech capital fundraising has exploded, and the quarterly capital amount soared to $5.37 billion in 172 deals (IVC Research Center). Some of these financing rounds included a significant secondary component for senior employees.

This is a crucial change in the market happening before our eyes. In the past year, the trend of including a secondary component in a funding round prior to an exit event has significantly increased. This may cause an increase of around 10x in the pull of new, potential Israeli angel investors.

A similar phenomenon has emerged in Silicon Valley in recent decades and has contributed to the establishment of platforms such as Angellist, a website dedicated for startups and angel investors. In Israel, we are still at an early stage in the development of a broad angels network, and the new wave of independent private investors are starting to build their capabilities, understanding and investments best practices.

It will be interesting to see how the entry of these investors enjoying the fruits of their companies’ success will affect the early-stage capital fundraising of startups in Israel.