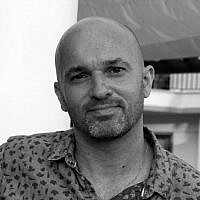 The Blogs
Adam Wells
Apply for a Blog
Advertisement
Please note that the posts on The Blogs are contributed by third parties. The opinions, facts and any media content in them are presented solely by the authors, and neither The Times of Israel nor its partners assume any responsibility for them. Please contact us in case of abuse. In case of abuse,
Report this post. 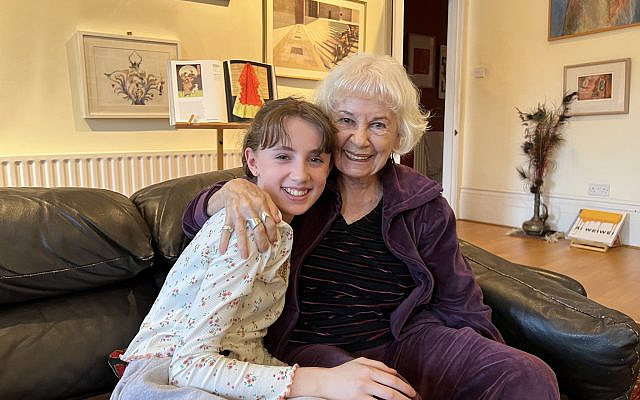 Sometimes, when people meet, they just click. There’s that instant chemistry, that commonality, that shared outlook. Straight from the word go, it could be true love, friends for life, or an eternal partner in crime. Such occurrences are not exactly rare, but I feel compelled to write about such an encounter that happened last weekend. Primarily, it’s because the age difference between the two people in question is over 80 years.

Despite the Wikipedia entry for Ruth Posner (née Wajsberg) stating she was born in 1933, I know that this is out by a few years. Most who meet Ruth would believe it’s out by 20 years, rather than a few spins around the sun in the opposite direction. Lyla on the other hand is most definitely 12. I know this, because I saw her arrive into this world. 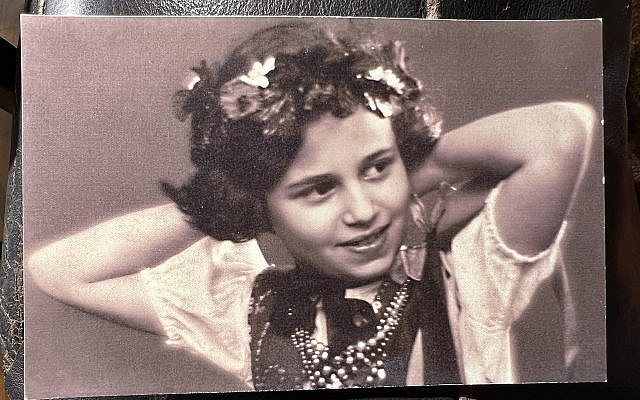 I first met Ruth during Pre-Production of my short film, Shemira. Ruth’s life story is too long and involved to go into in detail here, with unthinkable lows rebalanced, in part, by many wonderful highs. Ruth was born in Poland and, as a young Jewish girl — then around Lyla’s age — made a dangerous escape from her incarceration in the Warsaw Ghetto to spend the remainder of the war in hiding, her identity changed to that of a young Catholic girl named Irene. The fate of Ruth’s parents and other family members was sadly that of millions of other Jews at the hands of Nazi brutality. As a 16 year old, Ruth came to the UK through the Jewish Refugee Committee and commenced a life unimaginable to the confused young girl, who had once stood on the wrong side of the Ghettos’s walls questioning what she had done so wrong to deserve this. 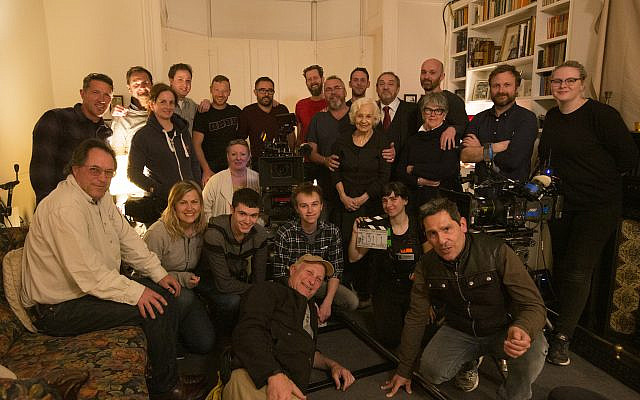 On set of Shemira

Ruth studied, performed and taught dance, choreography and physical theatre across the world, including at the London Contemporary Dance School, the Juilliard School in New York, Brandeis University in Boston, LAMDA and the Royal Central School of Speech and Drama. Scattered in amongst all this was gaining a Master of Art, training to be an actor, becoming a wife and mother, appearing in several of Britain’s best known television programmes, writing books, stage plays, radio shows and speaking four languages. Having chatted to Ruth throughout the pandemic, her time has been filled – commencing a University course as a ‘nonagenarian’, joining in Zoom debates and lectures, throwing herself into podcasts and literature, and generally keeping her mind moving forward, learning at every opportunity, seeking out information unknown and meeting new people.

I wanted to introduce Lyla to Ruth and Ruth to Lyla for several reasons. There’s the obvious — both driven by and in love with performance and dance, both Jewish attendees of Catholic girl’s school, both happy, positive, empathetic, strong women, both fascinated by other people and their stories, both people I love spending time with. My other reason was more basic. I simply knew they would click. Ruth seems to feed off the minds of youngsters and has devoted her last few years to engaging with them directly through the wonderful Holocaust Educational Trust (for which she has this year been awarded the British Empire Medal), challenging young people to carefully consider their own roles and responsibilities in the world. Whether this engagement with our younger generations is the secret behind Ruth’s eternal youth, who knows. For Lyla, she — like me — has always loved spending time with our eldest of generations. Many of the most interesting, loving, sharpest people I’ve ever met have been ‘old’ and my life has been continually bettered for knowing them. Ruth is defintely one of these gems and I knew Lyla would feel the same way. 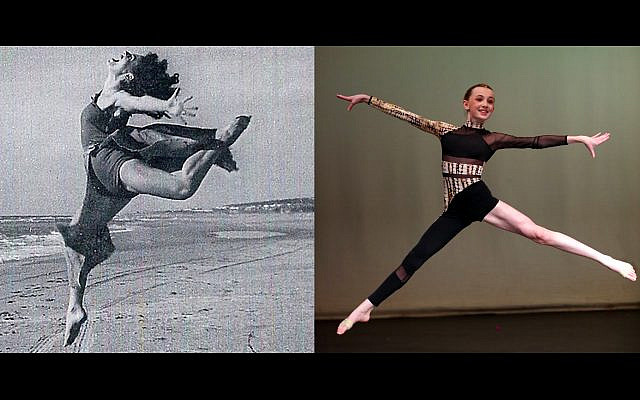 Ruth and Lyla in flight

We visited on a Sunday morning, warmly greeted at the flat’s door by Ruth and her husband Michael, with Ruth kitted out in a deep purple velour tracksuit and sparkly pink trainers, her white hair cut into a stylish bob, with the beaming smile of a beautiful young woman. As I caught up with Michael and chomped on smoked salmon and cream cheese bagels, Lyla and Ruth chatted as morning turned into afternoon — about their school experiences, life during the war, how to correctly ‘turnout’, managing posture and caring for your body, Judaism, Catholicism, racism, TV shows, home decor, bookshelves and why Ruth has an incredibly detailed prosthetic version of her own hand resting on the side table (a prop, given to her after her character’s hand was lobbed off in ITV’s Casualty). They compared their dance photos and commented on one another’s form. They laughed like cackling schoolgirls as they raised their dancer’s legs 90 degrees towards the ceiling and hugged in celebration afterwards. 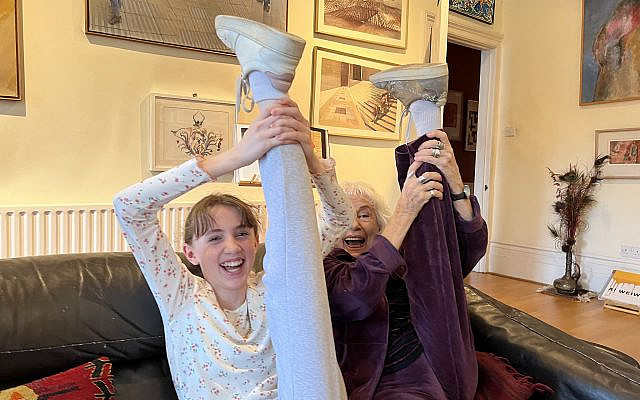 These two dancers, at either end of life’s journey, found friendship and fed off each other’s influence in the world. One dancer who continues to inspire me, not only because of what she’s been through but what she became and continues to be. As for the other dancer, I’ve no doubt she will achieve similar levels of satisfaction and reward, but hopefully without the hardship Ruth encountered along her journey. And by my calculations, Lyla should meet her new BFF in the year 2102, with stories all of her own making to impart, and for the innocence of youth to absorb. Imagine that.

About the Author
Adam Wells is a Director, Writer and Creative Director. Originally from Leeds, Adam moved to London in 1998 working as a Broadcast Designer for Sky Sports before starting his own production and design company. In 2017 he made the film drama Shemira starring John Rhys-Davies, which was recognised at several international film festivals.
Related Topics
Related Posts
Comments