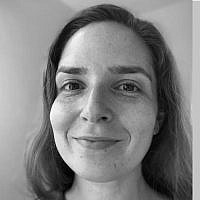 The Blogs
Tanya Mozias Slavin
Apply for a Blog
Please note that the posts on The Blogs are contributed by third parties. The opinions, facts and any media content in them are presented solely by the authors, and neither The Times of Israel nor its partners assume any responsibility for them. Please contact us in case of abuse. In case of abuse,
Report this post.

“Am I the wise one or the skeptic?” my 11-year old son asked. He was looking at the Four Sons section of our Haggadah, where “the wicked” son was replaced with “the skeptic.” The page featured the four main characters from the show “The Big Bang Theory,” his current favorite.

When I realized, one week before Seder, that this year I would have to do it alone with my two kids, at first I was terrified. The sad irony is that this is my first year in Israel as a returning citizen. I’d spent the previous 16 years abroad, every year facing the same uncertainty before the Seder about where we’re going to do it. Yet, somehow I never had to do it on my own.

Sometimes we’d get together with a group of friends, other times my then-husband would whip a quick Seder for our small family. This year was supposed to be the first anxiety-free Seder because we now live in Israel, where we have lots of friends and family. The news that I would be staying at home with the kids was a bit difficult to digest. I associate parenting isolation with years abroad, and being isolated here is the last thing I was prepared for.

But after the initial shock had passed, I decided that the only way to make this a non-sad event was to write my own Haggadah. The truth is that my older son had never been able to connect to the ritual. Every year, he would roll his eyes or run away from the Seder table yelling, “I’m not religious.” The other truth is that I was never able to connect with the ritual either. I always loved the idea, but the execution always disappointed me. In my experience, kids — who are supposed to be the primary audience of the Seder — are often forgotten, or at least their needs considered secondary to the importance of ‘doing it right.’

This Seder night would be different from all other Seder nights, I decided, and not only in a sad way. In my head, reading the Haggadah has to have a quality of the best and coziest bedtime reading with the kids. In my custom-made Haggadah, I kept all the important ritual parts, but rewrote the story in verse, included characters from my son’s favorite series, as well as a section on the Red Sea crossing and scientists’ opinions on what that event might have really been.

At the end, I included lots of family pictures to prompt discussions on what freedom means to each one of us. To make the search for afikoman more interesting and challenging, I turned it into a treasure hunt.

I can’t say that the event was a grand success from the beginning to the end. It was still hard at first to keep my kiddo’s eyes from rolling onto his forehead and his feet from leaving the room entirely, but as we paged through our Haggadah, I felt that he was more and more connected. On the last page, with lots of family photos — a picture of my son in a zoo, of his little sister in a cardboard box, of my grandfather in a World War II uniform, and of me in a Soviet school — all prompted discussions of freedom that my son readily engaged in.

But the best part of the Seder happened on the balcony at 8:30 that evening. I think it’s fair to say that in these last few weeks of quarantine, the best things have happened on balconies.

A few weeks ago, the whole country gathered on balconies one evening and spent two minutes applauding the medical workers for their hard work. (The day after the two-minute medical-worker-applause, a new meme on WhatsApp said: “Tomorrow at 8 p.m., in order to thank the makers of toilet paper, we’ll all stick our bare asses out of the window for two whole minutes.”). On another evening, our whole neighborhood had a balcony dance party, every building playing the same playlist for an hour.

But nothing can compare to what happened on our balconies the night of the Seder. The Seder that we were all confined to our homes instead of being with extended families like always. The Seder that some elders had to spend alone in their apartments. The Seder that was supposed to be the loneliest of all Seders.

At 8:30 p.m., the whole country got out onto the balconies to sing “Ma Nishtana” together. We live on top of a hill and could see and hear the whole city singing. In the darkness of the evening, balconies started to light up and voices — men, women, children — started rising up from all corners of the city, in unison and then in a wonderful cacophony, louder and louder, resonating in the dark sky. “Ma nishtana…. Ma nishtana…. Ma nishtana… She be-hol ha-leilot… anu ohlim…. anu ohlim… hametz u matzah… hametz u matza. hametz u matzah…” We smiled and waved “Chag Sameach with tears in our eyes to the people on balconies to the left and the right of us, people I have never spoken to before. And I felt what could only be described as deep gratitude to these strange apocalyptic times for this one wonderful moment of togetherness.

In the end, what was shaping up to be the saddest Seder ever turned out to be possibly the best Seder ever. With our personal Haggadah, we felt connected to one other, and with the whole country singing from the balconies we felt wrapped in the community.

Tanya Mozias Slavin is a writer and a linguist who has published essays in Tablet, The Forward, Hadassah Magazine, and other places. She first made aliyah from Russia as a teen, later lived in Canada, US, and the UK, and has now returned to Israel with her two kids.

About the Author
Tanya Mozias Slavin is a writer and a linguist who has published essays in Tablet, The Forward, Hadassah Magazine, and other places. She first made aliyah from Russia as a teen, later lived in Canada, US, and the UK, and has now returned to Israel with her two kids.
Related Topics
Related Posts
Comments 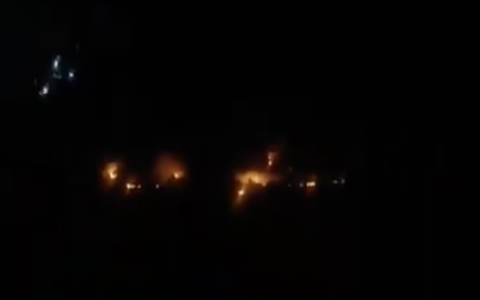 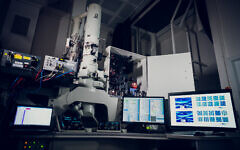