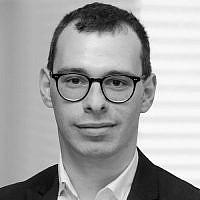 “Evolution, not revolution.” This is how outgoing Prime Minister Benjamin Netanyahu described his commitment to the LGBT public in a meeting we held with him a few days before the first 2019 elections. He had a double meaning, both a statement of his intent and a historical-sociological analysis. Netanyahu’s argument was simple: social change is, by definition, not instant. See how the LGBT community has progressed, Netanyahu pleaded with us. see the fruits of your hard labor in education and culture, the economy and the army. Keep it up and you will succeed in bringing about the desired change.

The proper occasion to sum up the Netanyahu era, including for LGBT people, will come in due course. Although his legacy is undoubtedly complex, it will probably be reduced by the political bickering on all sides to a unified value (good/bad). The truth is much more complicated. During Netanyahu’s 12 years in power, the LGBT public has burst into the political and conscious mainstream at a rapid pace; however, a comprehensive LGBT “rights revolution” of the kind that has taken place in dozens of countries, has passed us by, in light of the absolute veto of the ultra-Orthodox parties, long in an unbroken political bond with Netanyahu’s Likud. Israel is still an excellent place for LGBT people to live in, but we’re still far from the reality of equal rights and opportunities.

Will the newly formed “change government” finally bring about a rights revolution, or will there be nothing new under the sun? We’ll find the answer soon, which will probably be somewhere in the middle. Although six of the coalition’s eight parties support a new agenda for the LGBT community, its thin margins of security deter its heads from any ideological friction. Accordingly, the government will not advance religion and state issues without the full consent of all its leaders.

So what can our new government do? Lots and lots. It can eradicate the phenomenon of conversion “therapy” and prevent charlatans from ruining the lives of countless young people. Legislation to make those “treatments” illegal, as enacted in many countries recently, will probably be delayed until or after the Arrangements Law (the governments’ major policy rollout, alongside the state budget), depending on the positions of PM’s Bennet Yemina, Raam (the Arab-Islamist minor coalition partner), and the Likud.

But the government can act immediately. Physicians, psychologists, and social workers who carry out “treatments” can be exposed to disciplinary actions, following the position of the medical professional bodies that already determined that such”treatments” are contrary to the Patient Rights Law And are unethical; The Minister of Welfare can provide a network of support for victims; The Minister for Social Equality can make accessible to parents the information about the inefficiency, even danger, of “treatments.”

For transgender people, this may also be genuinely a change government:
The government can adopt the interim report of the inter-ministerial team for Trans* people as early as this week. The Minister of Economy can grant loans for the acquisition of education or small businesses by Transgender individuals. The Minister of Housing may include Trans* identity within the conditions for public housing. The Minister of Public Society can set a central goal to eradicate the violence against Trans* (and LGBT in general) people. The Minister of Health may publish a binding protocol for the entire health system in the equal and respectful treatment of Trans* people and reform the arcane procedures for gender adjustment.

The government can also sign new adoption agreements with countries that allow LGBT couples to adopt; make every public form accessible & inclusive for LGBT people; promote a systemic plan to combat hate crimes against every sector within our society. It can ensure that the Israel Central Bureau of Statistics collects statistical information about LGBT people instead of hiding behind the absurd excuse of “hurting the feelings of the pollsters.” The lack of data is a severe failure that the government must rectify as soon as possible, as no effective and efficient government action can be achieved without reliable and comprehensive knowledge.

It will also be able to legislate – yes, with the support of some Likud members from the opposition. For example, it can amend the Interpretation Law to protect transgender people from discrimination, determine compensation for victims of hate crimes, amend the Surrogacy Law as already ordered by the High Court of justice, etc. The government has plenty of opportunities for change – see the latest LGBT organizations, “Road Map” for LGBT rights to be impressed by the range of actions the government can take.

There’s no point in trying to go around it – our new government has many challenges. Most LGBT issues are not among the burning issues of the days to most Israelis, and rightly so. Sadly, it’s clear that Full equality of rights will not be realized this time around, but an actual acceleration of evolutionary and significant processes is within reach. Some of these processes can lead to achievements quite fast – achievements that the government can capitalize on – politicly, economically, and socially. It only has to act swiftly.

The “change government” has a golden opportunity to prove that this is not just a personal change (From Netanyahu) but also a change in management and of values. It bears the burden of proof and has the opportunity to refute the Prime Minister’s prophecy of the sincerity of her leader’s intentions. Ultimately, this is a moderate agenda that will bring about a change for the better that is not moderate at all. Without tearing the people apart, without danger to the homeland, without avenging the losers, just getting up in the morning, working and dealing with some serious problems for 10% of the country’s citizens, who will be significantly lesser of second-class citizens if the government acts. The sooner, the better.

About the Author
Eran Globus is a former Chairperson of the Jerusalem Open House for Pride and Tolerance and a consultant for social change policy and strategy.
Comments
Advertisement