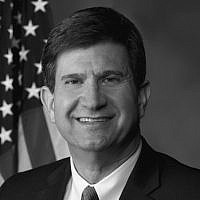 I write this as I prepare for Rosh Hashanah, the Jewish New Year. Every year the holiday brings an opportunity for reflection, and this year particularly so.

The past year has been filled with unprecedented challenges — many which threaten to divide our community. Of these, none has been more divisive than the Iran Deal, otherwise known as the Joint Comprehensive Plan of Action (JCPOA). Yet, with the recent votes in the U.S. Congress, the deal is now a fait accompli. I believe it is now time for all sides to join together to ensure that Iran will not receive any sanctions relief without full and absolute compliance with the JCPOA, and to prepare for the consequences of an emboldened Iran in an already chaotic region. We should also continue to pursue and develop opportunities and resources for greater regional security with our allies.

Last month, I spoke out against the deal because of my grave concerns about four key aspects of the agreement: (1) legitimization of Iran as a threshold nuclear state 15 years out; (2) lack of precision enforcement mechanisms in the immediate term; (3) nefarious activities Iran may pursue with the large cash infusion when sanctions are suspended; and (4) suspension of the conventional arms and ballistic missile embargoes in 5 and 8 years, respectively. I called on the U.S. administration and Congress, along with our P5+1 allies, to take important steps to close the gaps and reduce the risks associated with the deal.

I had hoped that many, if not all, of these issues could be addressed before last week’s votes. Indeed some progress has been made, but much hard work remains. We cannot afford to let this important work fall victim to the partisan politics that has too long plagued our nation. Irrespective of one’s feelings about the deal, all of us, Democrats and Republicans, need to now unite to assure that Iran does not get a nuclear weapon. Not during the 10 to15 years that the JCPOA limits Iran’s enrichment capabilities, not after, not ever. Our resolve must not have an expiration date.

Hillary Clinton emphasized these points during her Brookings Institution speech. She spoke eloquently about her vision for addressing the threat of a nuclear Iran. I was grateful to see her speak directly to the concerns I have about the JCPOA, and I was encouraged to see her lay out a strategic framework that was insightful, comprehensive, and robust. In particular, she laid out the actions I think we should be taking to “close the gaps and reduce the risks.”

But it can’t just be on the administration to take the necessary steps to prevent a nuclear Iran. Congress too must effectively exercise its responsibilities by passing bipartisan legislation, complementary to the JCPOA, that will enhance our long-term deterrence capabilities, improve our capacity to interdict Iranian support for malign proxies, and work with our allies to bring stability to this dangerous region. Furthermore, Congress can and should give this and future administrations the authority and resources necessary to stand between Iran and a nuclear weapon.

Finally, the Jewish community, in the U.S. as well as in Israel and throughout the world, must start to heal the internal divisions exacerbated by the debate on the JCPOA. A strong and secure Israel is better served by unified, bipartisan support in Congress. A cohesive Jewish community actively engaged in a constructive, diverse and respectful debate is better positioned to foster that support.

I have worked to prevent Iran from acquiring a nuclear weapon for more than 15 years, and I will continue to work just as hard for the next 15 years, and the 15 beyond that. Only now, our work will fall within the context of the JCPOA. I will do everything in my power to make sure that, with the JCPOA and the supplemental actions of the administration, Congress and our allies, we will never allow Iran to get a nuclear weapon and we will continue to help the region move toward improved security and stability.

Wishing everyone a Happy and Sweet New Year.