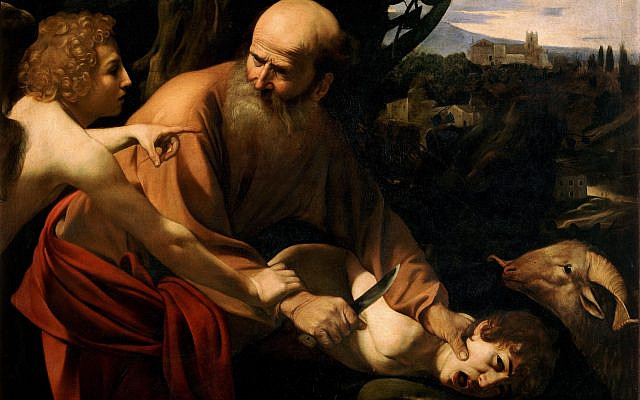 The Sacrifice of Isaac by Caravaggio (Public Domain)

Each era has its challenges and opportunities. Each era has its traumas and its glories. For the Jewish people, the second half of the twentieth century was a turning point from the darkest trauma to an era of continuing glory and opportunity. But where are we now, two decades into the twenty-first century? The postmodern condition has removed the structures—the institutions, the social groups, the ideologies—that used to orient our lives. The pernicious influence of divisive politics has pushed families and communities farther apart in a time where unity is most needed. The contemporary moment should have seen a strengthening in our communities, and yet, most of the hard work has not been done to ensure harmony and peace.

We dare not sit back in lackadaisical contentment. We dare not ask only organizational and strategic questions. We need to reach deeper within ourselves: What is our purpose?

The Jewish community is ready for spiritual evolution.

In the ancient world, people served God through human sacrifice. During the Akeidah—the binding of Isaac that is found in the Book of Genesis—we witness major progress for the human condition. God makes clear that Divine service will never again include human sacrifice. No one can kill in the name of God. At that moment, the world must transition from human sacrifice to animal sacrifice. Thankfully, we later transitioned from animal sacrifice as well, when rabbinic Judaism was created, under the tragic circumstance of the destruction of the Temple and exile. Here, we evolve from korbanot (animal sacrifice) to tefillah (prayer). 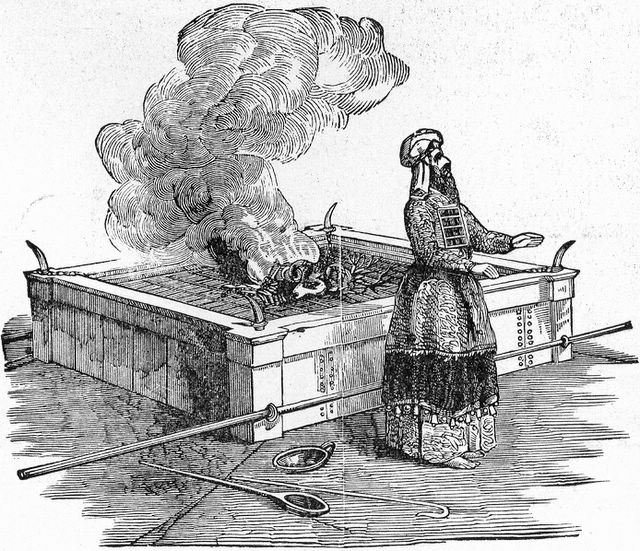 The Rambam hints subtly (Moreh Nevuchim 3:32) that there could be a further evolution from language-filled service (prayer) toward language-less service (meditation). This idea can best be articulated in the Baal Shem Tov’s thought) when he declares his desire to l’hakriv et atzmi l’korban lefanav—to bring himself as an offering before God (Tzvaat HaRivash 43a). Here, we understand this lack of verbal affirmation of Divinity not as a sacrifice in the sense of martyrdom, but rather as a reshaping of consciousness. One offers oneself, and the fullness of oneself, to God and to service in this world and, perhaps, beyond this world. Word-filled prayer can be so profound but there may be a next level that involves an even more fullness of self. When we all live with an elevated moral and spiritual consciousness, an ethical revolution will be inevitable. When the capacity for empathy arises, based on an awareness of our deep interconnectivity and oneness of all life, countless ethical challenges can dissipate along with the concomitant suffering. 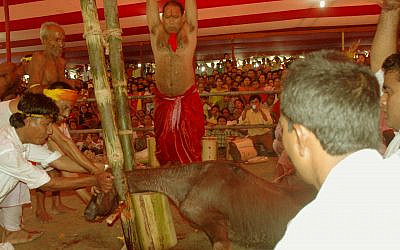 Each of us has our Akeidah moment where we make a major developmental leap in our spiritual orientation. This is what human development requires of us: that we are constantly striving for growth to fulfill our mission and actualize our unique potential. It is frightening to offer up one’s full self, especially when our futures are unknown. And especially at this current moment, where it seems that every new day brings overwhelming existential challenge, it is difficult to reconcile the need to have courage in our convictions when basic needs have to be met. But it is not a sacrifice to think about ourselves and how we cope with fear. We become larger when our inner world becomes larger. We become greater when we allow our human vessels to be greater. 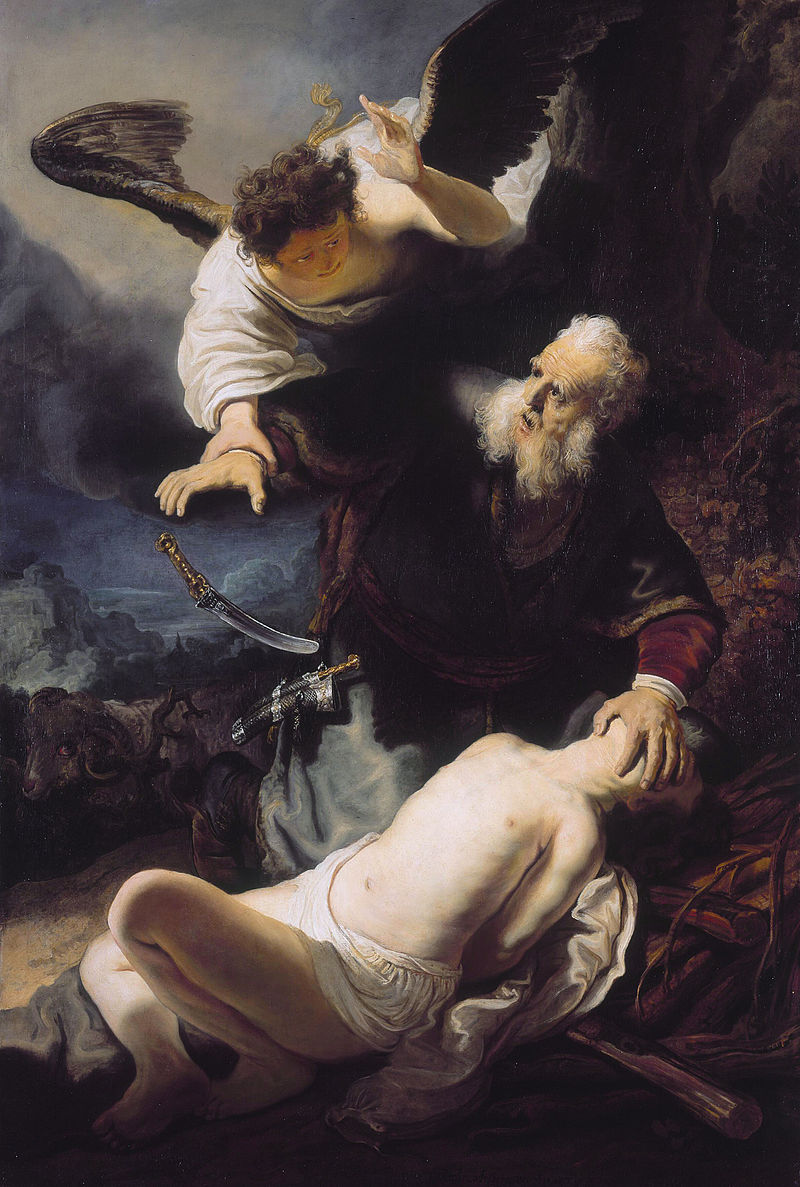 We all experience Akeidah moments (“Binding of Isaac by Abraham” by the School of Rembrant – Public Domain).

To achieve this noble pursuit, we have to commit our full selves to find valuable opportunities to transform with the resources we have around us. Judaism is about the nation-state, about peoplehood, about communities, and about families. But most of all, it is about the self. The self not in self-absorption but in self-offering, self-transformation. That is the only way our communities and our families can sustain, if we ourselves are in a process of emulating the Divine becoming.

Thankfully, while this spiritual process is in some ways existential as each of us must find our own specific radical authenticity, we can achieve it together; our traumas are shared, but so are our triumphs. In another sense, our ability to overcome adversity is pluralistic and without denominational or ideological barriers. We, as a global Jewish community, can strive to become korbanot together. We can take the lessons of the past to create a new level of religious worship that elevates an entire people so that redemption comes ever closer to reality. 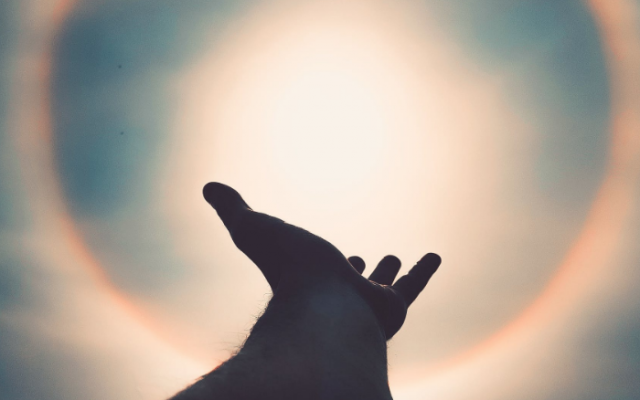 (Public Domain)
About the Author
Rabbi Dr. Shmuly Yanklowitz is the President & Dean of the Valley Beit Midrash (Jewish pluralistic adult learning & leadership), the Founder & President of Uri L’Tzedek (Jewish Social Justice), the Founder and CEO of Shamayim (Jewish animal advocacy), the Founder and President of YATOM, (Jewish foster and adoption network), and the author of seventeen books on Jewish ethics. Newsweek named Rav Shmuly one of the top 50 rabbis in America and the Forward named him one of the 50 most influential Jews. The opinions expressed here represent the author’s and do not represent any organizations he is affiliated with.
Related Topics
Related Posts
Comments