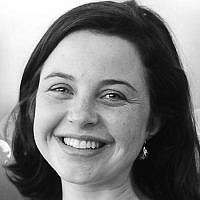 The Blogs
Leora Londy-Barash
Apply for a Blog
Advertisement
Please note that the posts on The Blogs are contributed by third parties. The opinions, facts and any media content in them are presented solely by the authors, and neither The Times of Israel nor its partners assume any responsibility for them. Please contact us in case of abuse. In case of abuse,
Report this post. 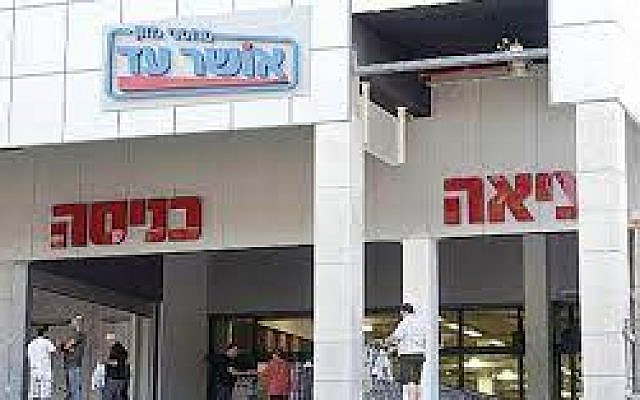 In what was both an act of love and an act of masochism, I took my three very young children by myself to Osher-Ad, a Haredi supermarket chain, on Friday morning nonetheless, so that my partner would be able to prepare for a meeting quietly. My eldest had come prepared with a shopping list and methodically checked off one item after the next, the middle child sat in the cart hiding under the piles of food, and the baby went between full alertness to nodding off in the comfort of his carrier. It was surprisingly not awful and even at times an enjoyable experience.

Yes, yes, I know what you are thinking. I am truly a super mom and an eshet chayil (woman of valor) far superior to any others (and I will humble brag about this act of altruism until the end of my days).

For those who have not had the privilege of going to Osher-Ad (literally meaning “endless joy”), it is just that. It is endless and the joy is real because there are American products to be had next to sforim and tzitzit katan. (It is also truly a test of faith and patience.)

After an hour and a half of shopping until dropping, negotiating snacks, and looking for the best frozen gefilte fish that they had to offer, we arrived at the register to discover that we needed to wait for another hour and half to pay. I wanted to leave. I wanted to cry in panic. But I did the Israeli thing, which was take a deep breath, say, “It’ll be okay,” and opened up a bag of challah rolls to feed my hungry kids (which also served as a reason for me to stay in line and to pay for said rolls.)

The kids were fantastic and stimulated beyond belief by the pre-Shabbos rush. My eldest ran around the supermarket looking for the baking paper that I had forgotten. She, the social butterfly that she is, ran into her best friend’s Haredi cousin. My baby batted eyes at everyone while he stuffed his mouth full of white sugary bread. And the middle one was happy resting tucked under a carton of eggs and pounds of fruit.

But when one waits on an unorganized line, on erev Shabbat, it is only a matter of time until something cracks. Just as that thought passed through my head, a secular woman and a Haredi woman accidentally bumped into each other. Both started blaming the other for the bump. Then it got verbally nasty. One called the other stupid and the other said, “Don’t come to our supermarkets anymore.” Civility does not exist in the aisles of overpacked, understaffed supermarkets. I understood how explosions ignite under pressure, but it was sad and timely for the upcoming Tisha B’Av observances.

The tension of these two women, along with my kids started getting (rightfully) antsy and me taking bigger and deeper breaths to be “chill mom,” started to get to me. And just as I thought that I’d hit my breaking point, the woman behind me started chatting with my kids while putting the items in my cart on the conveyor belt. I exhaled, not realizing that I’d been holding my breath by that point.

As if, choreographed to a “t,” a Haredi man rushed ahead to help me bag my groceries. Another lady saw that a kippah that I tried to purchase didn’t have a price tag and ran to get another. There were not enough thank you’s to be had. The kind man bagging my groceries smiled and said, “If you move faster, we all move faster and most importantly it’s in honor of the holy Shabbat.”

I felt like I was in a parable about the effects of sinat hinam (senseless hatred) vs. ahavat hinam (free love,) right before the Jewish day of mourning. Before my very eyes, I saw how two similar scenarios played out so differently when solved with varying attitudes. The lesson that our teachers and the texts try to teach us about the destruction of the Temple in everyday moments in our lives — in our mikdash katan — was displayed in full force. It moved me to the core.

As we were leaving, I repeated against and again to my kids, “You know, people are genuinely good at the core.” They nodded (hoping that I’d stop repeating myself) and take them home after an exciting but overwhelming morning. And just as we got to our car, my middle child popped up out of the cart to say with his unique timing, “Ema, they are mentsches.” I smiled with hope and uncharacteristic faith that love does conquer all. And then wondered if I’d ever be brave enough for another such endeavor again.

About the Author
Leora Londy-Barash is a rabbinical student at the Hebrew Union College Jewish Institute of Religion in Jerusalem. She works is originally from New York and now lives outside of Tel Aviv. She is an educator a congregational rabbi and a burgeoning writer.
Related Topics
Related Posts