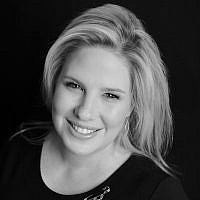 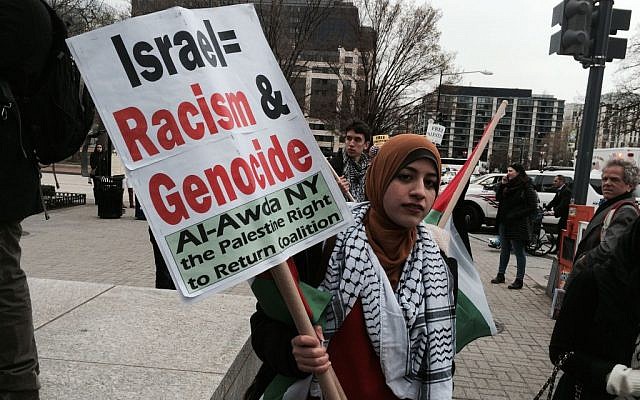 I am a feminist.

I believe in free speech.

I am a Zionist.

I believe in conservative financial planning. I am adamant about protecting free speech, no matter how uncomfortable it makes us. I pray for access for all to great health care and education. I know that black lives matter and blue lives matter, and that there is no contradiction in believing both.

I am a stay-at-home mom, a community leader, and an aspiring elected official. I am an individual, with an appropriately complicated set of values, the combination of which surely is unique to me.

There has been much discussion recently of intersectionality, the concept that certain social identities can overlap in surprising and sometimes discordant ways, such as when progressive, pride-minded Jews were banned from the Dyke March in Chicago this summer for wearing the Israeli flag. There are times, it seems, when we are told that as individuals we are not allowed to believe in two separate overarching values that certain member-groups have decided clash with one another.

So how do we, as passionate, committed citizens of society, navigate these communal divides while staying true to our foundational beliefs and creating positive change in the world?

From my discussions with neighbors and community members, I have seen many of these seemingly broad-stroke issues boiled down to very specific divides in my own neighborhood. As a white, educated, observant Jewish woman who also is strongly committed to progressive Democratic social values like diversity, tolerance, community resources, and social action, I often have been questioned as a true believer in either side’s ideals. Though I view myself as living in both worlds (the Orthodox community and the world of progressive Democrats), there are some who have argued that I can’t possibly appreciate everyone’s needs. Whereas I believe we should always seek to build bridges, I find that all too often our communities, like our current president, look to build walls.

Unfortunately, in today’s world, you don’t have to look too far to find examples of where we quickly reach the limits of our own values systems. In parts of Bergen County, like Mahwah and Upper Saddle River, some of the residents and the leadership are shouting about the need to maintain the “diversity” in their towns while failing to extend their welcome to certain types of Jews. From Charlottesville, we can see just how hard it is for even the most staunch believers in free speech to apply that strict constitutional standard to a group who is spreading hate. From the Dyke March, it became painfully apparent that sometimes expressing love for all humans regardless of their sexuality leaves no room for welcoming other parts of our collective identity that are controversial in a different way–namely political views or religious ones.

As challenging as these complex identities and value systems can be for an individual, they are even more difficult to navigate for community leaders and elected officials, who have to balance their own (very strong) beliefs with the communities they serve.

We live in a time where leaders are expected to publicly comment on incredibly significant events moments after they happen, and these statements have the power to unite or divide, to build bridges or erect walls. I will admit that there are important elected officials and large organizations that I have relied on to express or promote values that I hold dear that occasionally have let me down with their reactions, or lack thereof, to “current” events, but I constantly try to remind myself that they are individuals, like I am, with sometimes competing values.

In certain cases, they are representing a diverse set of constituents. In other cases, they may feel that what is right and what is good are at odds. Whatever the case, I cannot assume for one second that they didn’t struggle to do the best that they could with the tools they had at the time.

This is an era where everything is public — what we eat, where we go, what we watch, and when we last viewed our social media accounts. There is no hiding from the reality of our individual beliefs or priorities as people or as leaders, so we may as well embrace the fact that we live in a country where we are allowed to be who we are. We are allowed to hold many complicated questions with no good answers within our souls. We are allowed to love who we love and express it freely without fear of punishment or exclusion. We have the freedom, in America, to exist — a freedom that through all of the fighting and fear and hatred we must be grateful for every second of every day, because without this freedom the silence would be deafening.

About the Author
Cheryl Rosenberg lives in Englewood, NJ where she is a councilmember representing Ward 1 and a member of Kehilat Kesher Synagogue. Cheryl is the senior director of marketing and communications for Prizmah: Center for Jewish day Schools and is the immediate past president of Ben Porat Yosef in Paramus. She is an executive board member of Teach NJS, a leadership councilmember of the Jewish New Teach Project, a recent graduate of the Berrie Fellows Leadership Program, and a long-time activist in the areas of civil liberties, equality, and women’s rights.
Related Topics
Related Posts
Cheryl Rosenberg
Comments