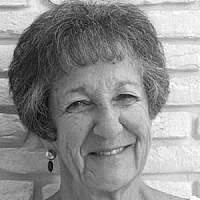 The Blogs
Jill Sadowsky
Apply for a Blog
Advertisement
Please note that the posts on The Blogs are contributed by third parties. The opinions, facts and any media content in them are presented solely by the authors, and neither The Times of Israel nor its partners assume any responsibility for them. Please contact us in case of abuse. In case of abuse,
Report this post. 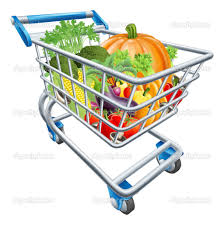 “I’m going to the supermarket,” I called out. “To the nearest one. Won’t be long,” I called out to nobody in particular, scooped up my purse and walked towards my car. Our local supermarket was a hazardous place at the best of times as the aisles were built to accommodate one and a half trolleys at any given time. All four wheels seldom worked in unison, three pointing in one direction whilst the fourth ran in the opposite direction.

For a change, I found everything on my list easily and stood in line amongst a multitude of shoppers at the checkout counter, wondering whether my son would ever feel happy again.

Nobody, not even my friends knew what I was thinking as I’d become an expert at changing my facial expressions for various occasions – my masks were the way I referred to them when at home with the family. I had a work expression, another for social occasions, a fixed, non-committal one for psychiatrists and another when I was with my son, Doron.

My thoughts were rudely interrupted when a young woman standing at another checkout line further along, waved at me shouting in a raucous voice; “Remember me?” “I – er – remember your face but not your name,” I mumbled, not sure whether she could hear my response or not. “I’m Yaffa. Yaffa from the closed ward at Shalvatta. I was with Doron there.” I blushed as I looked about to see who had heard her. I was sure that everybody in the supermarket had heard!  Most people know that Shalvatta is a psychiatric hospital in the center of the country. And, there I was, wearing the most noncommittal mask I could muster, looking about suspiciously the same way my son, Doron did. “Say hi to Doron,” she shouted. I nodded, paid and fled.

About the Author
Jill volunteers for ENOSH, the Israel Mental Health Association and received a prestigious award in the Knesset for this work in Jan. 2012. She has written books, been included in two Anthologies, one in Israel in Hebrew and one in Canada, and has had articles published in the USA,England and Canada.
Comments