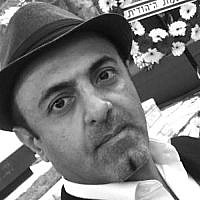 The Blogs
Albert Shatliel
Apply for a Blog
Please note that the posts on The Blogs are contributed by third parties. The opinions, facts and any media content in them are presented solely by the authors, and neither The Times of Israel nor its partners assume any responsibility for them. Please contact us in case of abuse. In case of abuse,
Report this post.

Sharok Jacobi is a successful Jewish Iranian businessman. He is also a family man, who is active in the community and is a generous yet very modest philanthropist that has done much to help the Jewish community.  However, he did not always have the luxury of living such a privileged lifestyle for he is a Persian Jewish refugee.

Jacobi, like many other Iranian Jews, began considering leaving Iran after the revolution, when life got progressively more difficult for Teheran’s Jews. When Sharok received his draft notice, to enlist and take part in the Iran-Iraq War, a war that was very destructive and not his, his decision became final and he left Iran at the age of 16. Even at that age, he understood that Jews have no future in Iran after the revolution and that it was better for him to travel to the other end of planet earth.  For a year, he waited in London for a visa to come to the US.

Upon his arrival in New York, Sharok was alone for 6 years, living as a Persian Jewish refugee in the city that never sleeps. Like many other Persian Jewish refugees in America, he was literally able to rise up from the ashes of Iran’s 1979 Revolution to being an important member of the American Jewish community.   His life story is similar to that of many other refugees, who started out at the bottom of American society yet were able to work their way up and to literally live the American dream.

Sharok went to Brooklyn College and graduated from the City University of New York, with a triple major in Economics, Accounting and Business Law. Already at the age of 21, before his graduation, he bought his first property.  He was an acute businessman from a very young age.

After being alone for six years, his parents were able to join him in New York. Three years after that, Jacobi married Jaklin and together they built a beautiful family, having four lovely children: Sarah, Elizabeth, Eliyahu and Jonathan.

Today, he is a very successful real estate syndicator and is active in public and private corporate mergers, acquisitions and advisory. Some of his investments are in Israel and he works hard on bringing other investors to Israel. Jacobi says: “Coming to Israel to only enjoy the fruits of its rich economy is not enough and every person that loves Israel should also try to contribute any way they can to its society.”  He believes that having people invest in Israel is the best answer that we as the Jewish community can give to the BDS Movement and the radical Islamist terrorists backed by the regime in Tehran, who seek the destruction of the Jewish people.  While they ignite negativity and glorify our deaths, we champion life and purchase en masse the beautiful products that the State of Israel places on the market.

Sharok is one of the founders and a long standing president of the Flatbush Persian Congregation in Brooklyn and the Omid Jewish organization of New York. When asked about his philanthropy, Jacobi conducted himself modestly. He does not do it to gain glory for himself. But eventually, he agrees to tell us about two of the many charitable projects he supports.

Sharok funds a kollel, an institute for full-time, advanced study of the Talmud and rabbinic literature in Jerusalem, where a number of advanced students have found their homes. In addition, for the last five years, Jacobi has been one of the most generous supporters of the ILAI Fund, which provides funds for special needs, financially disadvantaged children. The latest project with the ILAI Fund that Jacobi has chosen to support is called the iCan-iPad program, the aims of which are to provide funds for underprivileged families with children challenged by autism or cerebral palsy.

The funds are provided in order to achieve two goals: to purchase iPads with applications especially suited for the children to communicate, learn, express their feelings and needs, and to pay for ABA Therapy that helps children with autism learn to communicate and function effectively, and aids in their education. The successes of this program are so big that they have been called a true miracle by parents and social workers.

The ILAI Fund is a small NGO with its main office situated in Modi’in, Israel. With the help of generous donors such as Sharok Jacobi and the Iranian American Jewish Federation of New York, the ILAI Fund is able to get a somewhat modest budget together, which then goes a very long way. As of today, the ILAI Fund supports close to a thousand special needs, sick and disabled children. Sharok, having learnt more in depth about the ILAI Fund’s work, says: “I was very impressed at how an organization with such few staff and such a limited budget is able to make such a big impact.” 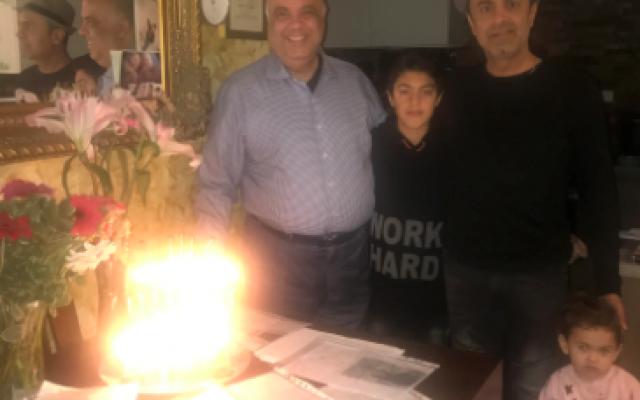 It is critical to note that miracles are not something which is only a dream of the past. At the ILAI Fund, we face miracles every day. The improvement and the successes of our children is no less than a miracle. It is way beyond a success; it is a true miracle.  For this reason, in appreciation of Sharok Jacobi’s friendship and support to the ILAI Fund, he was given the Best Donating Angel Annual Award for 2018.

About the Author
Albert Shatliel is the founder and director of the Ilai Fund, which helps disabled and disadvantaged children in Israel.
Related Topics
Related Posts
Comments