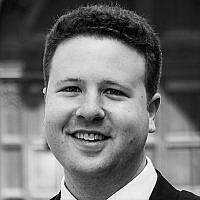 The recent positive ending to an all too unfortunate anti-semitic incident, which took place last October at the University of Cambridge, has attracted much attention.

Some would argue, much more attention than it deserves, given the fact that nobody was hurt and that the entire event was comprised of slurs being slung at Jewish students on a Friday night.

This ending however, including a formal apology from the college, a decision to rewrite the code on how to handle incidents of this nature as well as the ban on the involved societies being extended for two years, has wider significance than simply bringing this saga to a close.

The primary message which should be taken from this outcome and which is particularly significant given the rise in anti-semitism on campuses, is that Jewish students should not be afraid to speak up.

That may seem like a simple message, but often it is one which does not come across.

Whether we are talking about an anti-semitic incident or an event on campus whose goal is to intimidate Jewish students and make them feel unwelcome, it is our obligation to raise our voices and make our presence known.

Public opinion is sensitive to racism and other forms of discrimination, and we are lucky in a country where we are not only allowed to speak out against racism but also encouraged to.

Jewish students should not feel afraid to say loudly and clearly that anti-Semitism is intolerable and that it has to be stamped out in all of its forms.

Often, the problem stems not from Jewish students who refrain from speaking out, but from a lack of institutional support, be it from their local campus Jewish Society or the community on a national scale, who prefer to look the other way and evade responsibility.

In my case, I was lucky to have received the full support of London based Jewish Human Rights Watch, who in my opinion are the unsung heroes of this entire episode.

As the ever-relevant Roman adage goes, “Success has many fathers, but failure is an orphan”.

Often, it is those that don’t scramble for credit when a task is accomplished to whom we must be most grateful.