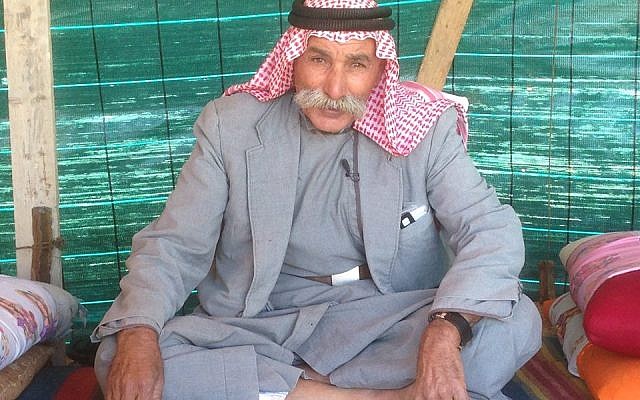 A question came up this week on a rabbinic list serve about the verse from this week’s Torah portion (Va’Yekhi), that I sang with my children at bedtime, along with Shema Yisrael. Just reading the question brought back sweet memories of singing with my children (In Hebrew), Genesis 48:18:

“May the angel who has redeemed me from all harm—
Bless the lads.
In them may my name be recalled,
And the names of my fathers Abraham and Isaac,
And may they be teeming multitudes upon the earth.
(My daughter learned to add Sarah and Rebecca)

The very memory stirred intense emotion because the moment of reciting the bedtime Shema was one of the most intimate times I shared with my children when they were younger. This verse evokes my most fervent prayers for the wellbeing of my children here in Israel. (Although, in the context of Jacob blessing Efraim and Menashe in Egypt, “ha’aretz” would probably be best translated as does the New JPS translation I used above, to an Israeli ear “ha’aretz” is “The Land.”)

Some commentators maintain that Jacob was not just blessing Efraim and Menashe, but all future generations of Jewish children.

This past Sunday I participated, as I sometimes do, in the “point-counterpoint” panel for ILTV’s “Israel Weekly.” The debate began before the show, and continued into the street afterwards. Another panelist insisted that concern for others is a zero sum affair. We can either have concern for our fellow Jews, or for “our enemies.” We actually argued whether there can be room in one’s heart for all. Not whether or not we can have equal concern. Not whether or not we have to sometimes choose. Simply, can there be any room left in our hearts for anybody who isn’t Jewish? Of course, my first concern is for my own family, and afterwards there are widening circles. But, it is wrong to oppress others in the name of those closer to you. And, the truth is, that the oppression of others does not serve either our moral well being or our physical safety. I told her of the many times Palestinians parents insist that their children meet us. They want their child who aspires to grow up to be a terrorist to understand that not all Israeli Jews steal their land, destroy their trees, act violently, etc.

My psychosocial landscape includes the many places where terrorists have murdered Jews, and the places where I have stood with Palestinians with tears in their eyes holding their cut down trees. I relate to the fears of my fellow Jews for their security, and the seven year old Palestinian boy asking whether he will be allowed to save his bicycle when Israeli forces come to destroy his house because his family had no fair chance to build legally. I so much want my children, and all children to have a bright and safe future.

This week my heart is filled with support and admiration for Sheikh Sayakh Al-Turi, the indomitable leader of the Israeli Bedouin village of Al-Araqib. On Tuesday (Christmas Day), many of us will accompany him from his home to Ma’asiyahu prison. There, he will begin serving a ten month sentence for “trespassing” on his own land.

The Al-Turi tribe have papers documenting their series of land purchases from the Al-Nukbi tribe between 1908 and the early 1920’s. Their cemetery has graves going back to 1914. British and early Israeli documents acknowledge their ownership. Israel even placed a polling booth in Al-Araqib for the first Knesset elections.

However, Israeli policy changed. We no longer seemed to have room in our hearts for the Bedouin. At least, we didn’t think we had enough room in the Negev. Israeli policy became to destroy the Bedouin way of life by moving them out of their villages, and concentrate them in townships. In 1953, when Israeli Arabs were still under military rule, the local military governor told the tribe to move for six months. They were told that they would be allowed to return afterwards. They weren’t. They eventually discovered that their land had been expropriated. In many cases, Israel has simply declared that it no longer recognizes Bedouin ownership documents. Expropriation is yet another proof that Israel acknowledged the Al-Turi ownership of their lands.

Some of the tribe came back to live on their land almost immediately. However, in the 2000’s, Jewish National Fund forests advanced towards Al Araqib from several directions, like the trees of Birnam Wood in MacBeth. Many times, the residents of Al-Araqib have told me that they view each JNF tree as a soldier fighting against them. Additional members of the tribe returned, realizing all was about to be lost. However, Al-Araqib was demolished in 2010. The Bedouin have never rebuilt their homes as they were, but even the simple tents and lean tos they continue to live in have been subsequently demolished another 135 times, and counting. In 2011 the JNF agreed to freeze the turning of Al-Araqib into a forest, until such time as ownership issues would be resolved in court. The Israeli High Court twice ordered the District Court to hear Al Araqib ownership claims, and that case is proceeding.

However, we know how much respect the current government has for our court system. Even though the land ownership case is yet to be resolved, the residents are arrested as “trespassers.” Today, the residents of Al Araqib are struggling with crushing legal debt because they must repeatedly defend themselves.

Under Sheikh Sayakh’s leadership, they are not giving up. It is therefore no big surprise that he became Israel’s main target. Many of his friends, and even the judge have begged him to reconsider. At his age, a prison sentence will not be easy. But, this is Sheikh Sayakh. I knew he would never agree. Principled and unbowed, he will enter prison with his head high. He understands that, were he to agree to cease living on his land, the struggle would collapse.

We want an especially good turnout at 3:00 pm for the weekly Al-Araqib vigil, going on since 2010 every Sunday at the Lehavim junction.

On Tuesday the 25th, all are invited to join the motorcade that will set out from Al-Araqib with black flags at 7:30 am.

As we say Shema tonight, and as we read Jacob’s blessing tomorrow, may we find room for all in our hearts, and in the Negev. Let us extent Jacobs wish, and pray that God’s guardian angel protect from harm my children, Sheikh Sayakh, the children of Al Araqib, and all children. Let us not just pray—let us act. Sometimes we must be the angel.