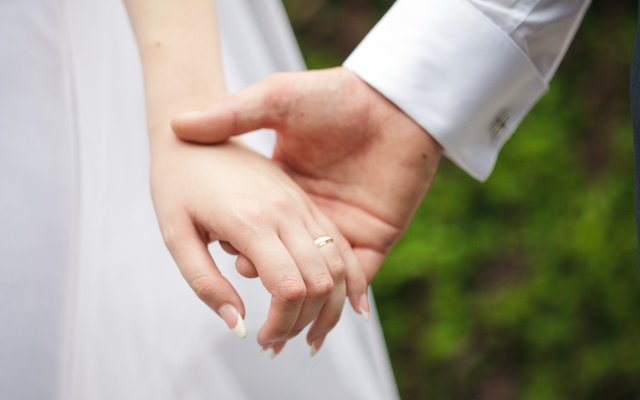 Mazel Tov! You’re engaged! The search for your soulmate is over. You and your fiancé are flying high on love, trust and the promise of your shared future. The plans for your special day are coming together. You’ve chosen a venue, picked the flowers and decided on the cuisine. But have you figured out how the two of you will meet the challenges of life together?

Life is Full of Contracts

We enter into legal contracts all the time. When you buy a house there is endless paperwork. You’re signing purchasing documents, mortgages, and statements attesting to your understanding of what you’re committing to. Opening a bank account means signing volumes of text that you probably don’t even read. Even setting up a cell phone plan is a long drawn-out process, overflowing with fine print.

But a marriage contract becomes official with one quick signature. A Jewish couple in Israel is only required to sign one document (the Ketubah), written in a language they don’t speak (Aramaic), detailing directives they often don’t understand, nor think are relevant.

There are no mandatory manuals for marriage. No volumes of fine print. No proof needed that you understand what you’re signing. Smart couples will choose to attend marriage preparation workshops and read some of the thousands of books on the subject. Jewish resources abound, to help new couples form a strong and lasting emotional bond.

But where is the legal guidance? Many couples are completely unaware that they’re entering into the most significant legal contract of their lives.

It’s been proven time and again that money is one of the biggest causes of marriage discord. So, talking about your finances is an extremely important conversation to have before the wedding.

There are huge benefits to speaking openly about money before you begin your lives together. Being honest and clear will help you plan resolutions for the inevitable conflicts that come up throughout life.

The discussions you’ll have during your prenup preparations will help answer the hard questions. Does an asset that you bring into the marriage become jointly owned after the wedding? Are you responsible for the debts the other already has? How do you divide the assets if, G-d Forbid, your marriage ends?

The Consequences of No Prenup

This is a real case where a couple did not make a prenup. It’s a good illustration of why it’s so important to do so.

Rami* and Avital* (*not their real names) were married for 35 years. Unfortunately, their relationship had been falling apart for a long time and after counseling, they decided to get a divorce.

They had raised their children together in the apartment they shared for the duration of their marriage. And over the course of their lives they jointly invested money for repairs and improvements.

Israeli law dictates certain circumstances when ownership of an asset will not be divided equally between divorcing spouses. But Rami expected to get half the value of the apartment he had lived in all his married life. When Avital’s lawyer said Rami was not entitled to half, he brought suit in court. Avital wasn’t worried because her parents had purchased the apartment for her before she was married and had put it in her name only. She brought in all the documents proving this and was sure the ruling would be in her favor.

But it was not to be. The judge in this case ruled on the two reasons Avital could not consider the apartment to be her asset exclusively. He said the home a family lives in is the crux of the partnership between the two spouses. And the fact that they each contributed to the apartment’s repairs and upkeep during their lives together, further solidified that partnership. In regard to an asset acquired before marriage, the onus was on Avital to prove she had notified Rami in advance of her intention to retain exclusive ownership of the apartment. Unfortunately, she hadn’t done that. And previous to the divorce, the subject was never broached. So, with no prenup, and the history of each contributing to the home’s maintenance, the judge ruled it would be considered a shared asset and subject to equitable distribution.

Avital’s mother was extremely distressed. The gift she and her husband had intended for her daughter exclusively, would now be divided between Avital and her soon to be ex-son-in-law. Avital was forced to sell her home, split the sale price with Rami and try to find a place to live that she could afford.

A Kiss of Death or an Act of Love?

You’re excited about your future together. You and your fiancé are both good, smart people. You’re in love and you would do anything to make your new partner happy. The two of you are still getting to know each other but you share a desire to build a solid and trusting foundation.

Now, I know. You’re asking yourself, “If I bring up a prenup won’t my fiancé feel I have doubts about our relationship?”  The last thing you want to do is sit down and write a legal document designating exclusive ownership of the assets you’re bringing into the marriage. Or decide how you would divide anything you acquired during your years together, in the case of divorce. Talking about it might mean you think it could happen. And you’re sure it won’t. And you may be right.

But what if I told you there is close to a 30% chance that when you leave your house tomorrow morning you’ll be hit by a car? You might think twice about walking out the door. Or at the very least you’ll look up and wonder how to protect yourself.

The overall divorce rate in Israel hovers around 30% – Jewish divorces  are very close to that. (And in the United States, it’s much higher.) So entering into marriage takes forethought and planning.

A prenup will help you define fairness at the beginning of your relationship while you’re in love and caring for each other’s needs. It’s an act of love to give the person you love, what they deserve and need.

A prenup forces you to think ahead and plan. To have the ‘money’ conversation. To share very important things about yourself and learn more about your partner. You’ll each have to disclose all your financial details: bank accounts; inheritances; debts; trust funds; property. In the process of detailing your assets and liabilities you’ll have an opportunity to discuss how you want to deal with the conflicts that all happily married couples have.

It’s good planning to learn how to disagree before you’re in the middle of an argument.

And if your marriage ends, G-d Forbid, you won’t be deciding on the division of assets in the middle of a divorce. People always think they’ll be calm and caring but their vindictive feelings surprise them. One’s definition of ‘equitable’ at the end of a marriage may be completely opposite to that of their spouse’s.

What Does a Prenup Cover?

A prenup is a financial contract two people make before their wedding. They can also make a postnup if they are already married or living together in a common law relationship. Both include (among other things) the division of assets and liabilities during the marriage and in the case of divorce.

Some Things to Consider

You might want to think about adding a social media clause. This states that neither one of you can post videos and pictures you’ve taken during your marriage without permission from the other. There will be punitive damages if either of you does.

If you’re entering into a second marriage there will be additional financial considerations. And if you’ve got kids from the previous relationship, there are some logistical things to consider as well.

You and your soon-to-be spouse will be making many financial decisions together throughout your lives. By researching alternatives and understanding the consequences before you get married, you’ll be better equipped to make solid decisions.

It’s your attorney’s job to help you join your lives smoothly. He or she will work with you through the discussions and negotiations and bring all the possible legal issues to your attention.

He or she will draft the agreement itself, making sure to prepare it according to all the legal specifications. Then your attorney will accompany you both to the court appearance for signing. You could do this in front of a notary but I always recommend that a judge officiate it in the Family court. I say this because in Israel the two legal systems (Rabbinic and secular court) often don’t work together. Take the extra steps to make your prenup air tight in case someone challenges it down the road.

An agunah is (literally) a chained woman whose husband has refused to give her a Get or Jewish divorce. This prevents her from marrying anyone else and having children. An agun, is a man whose wife refuses to accept a Get. It’s emotionally just as damaging although much less restrictive.

Rabbi Mordechai Willig developed the Halachic Prenup more than 25 years ago to address these problems. The contract outlines details of conduct so a couple can settle their divorce in a dignified manner. And the wonderful Tzohar organization has an halachic prenup available to download. (See below)

It’s important to note that the Halachic prenup only covers the issue of agunot and agunim. It doesn’t address asset division at all. So, a couple must go through the Family court to manage the financial side of their prenup.

A Prenup is Romantic

I realize people don’t like to make financial agreements at the outset of a marriage. But, especially when you’re bringing assets into your new life, doing so demonstrates your love and respect for each other by showing your intention in writing, never to hurt one another.

So, a prenup is romantic. Because it means you’ve decided to face the most challenging parts of life, together.