The Obama Administration dug up a 1995 bureaucratic regulation, not a primary law, that had been ignored – and rightly so – on labeling products made abroad and we now have a diplomatic crisis.

Per Treasury Decisions 95-25 and 97-16 (see attachments), unless excepted by statute (19 U.S.C. §1304) or regulation (19 C.F.R. §134), goods produced in the West Bank or Gaza Strip shall be marked as originating from ‘‘West Bank,’’ ‘‘Gaza,’’ ‘‘Gaza Strip,’’ ‘‘West Bank/Gaza,’’ ‘‘West Bank/Gaza Strip,’’ ‘‘West Bank and Gaza,’’ or ‘‘West Bank and Gaza Strip.’’ It is not acceptable to mark the aforementioned goods with the words ‘‘Israel,’’ ‘‘Made in Israel,’’ ‘‘Occupied Territories-Israel,’’ or any variation thereof. Goods that are erroneously marked as products of Israel will be subject to an enforcement action carried out by U.S. Customs and Border Protection. Goods entering the United States must conform to the U.S. marking statute and regulations promulgated thereunder.

The immediate thought that came to my mind was something I commented on several years ago: the creationism power of the State Department.  If an American citizen gives birth east of the Green Line armistice boundary, the State Department regulation that applies reads:

If a child is born in the West Bank, whether they are Israelis or Palestinians, place of birth on the U.S. passport is either the city (Efrat, Ramallah, etc.) or the area – the West Bank in that case. This information is available on the internet: search for 7 FAM 1360 APPENDIX D BIRTH IN ISRAEL, JERUSALEM, AND ISRAELI-OCCUPIED AREAS.

The “West Bank”, whatever you may think of the term, is definitely not a state. The “West Bank” doesn’t exist as a geo-political entity. The 1947 UN Resolution, when delineating borders of the future Jewish and Arab states referred to Judea and Samaria.  “West Bank” came into use only in April 1950 when then King Abdullah I of Jordan, having illegally extended his control over Judea and Samaria, after occupying the territory, annexed the area into his kingdom, calling it the West Bank.

On April 24, Jordan’s elected parliament for the first time represented both sides of the Jordan River met and heard a speech from Abdullah and subsequently passed a resolution affirming support for ‘complete unity between the two sides of the Jordan and their union into one state’ and formally incorporating the West Bank into the Hashemite Kingdom of the Jordan.

That the United States would insist on the use of such a term is unacceptable and anti-Israel.

As for the current problem of wines, foodstuffs and other material grown, produced and made in Judea and Samaria, I would suggest this wording on the label:

This product is marked as originating in the “West Bank” as per US Treasury Decisions 95-25 and 97-16 despite the fact that the “West Bank” does not exist as a geo-political entity.  We prefer the term “Product of the regions of Judea and Samaria, Eretz-Yisrael”.

If a “Palestine” can semi-exist, if “West Bank” can, why not “Eretz Yisrael”?

During the mandatory period (1920-1948) the term “Eretz Yisrael” or the “Land of Israel” was part of the official Hebrew name of Mandatory Palestine.  As Wikipedia informs us all:

first mentioned in the Tanakh at 1 Samuel 13:19, following the Exodus when the Israelite tribes were already in the Land of Canaan…King David is ordered to gather ‘strangers to the land of Israel'(hag-gêrîm ’ăšer, bə’ereṣ yiśrā’êl) for building purposes (1 Chronicles 22:2)), and the same phrasing is used is reference to King Solomon’s census of all of the ‘strangers in the Land of Israel’ (11 Chronicles 2:17). Ezekiel, though generally preferring the phrase ‘soil of Israel’ (’admat yiśrā’êl), employs eretz israel twice, respectively at Ezechiel 40:2 and Ezechiel 47:18.

In the New Testament, it is used in Matthew 2:

The Quran obliquely refers to it.

I feel comfortable with it.  And all will know to what territory and whose territory that is. 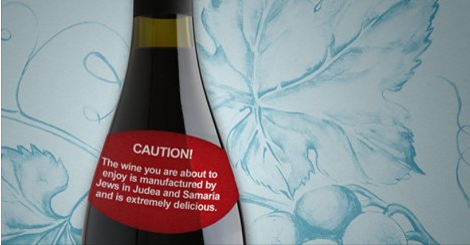