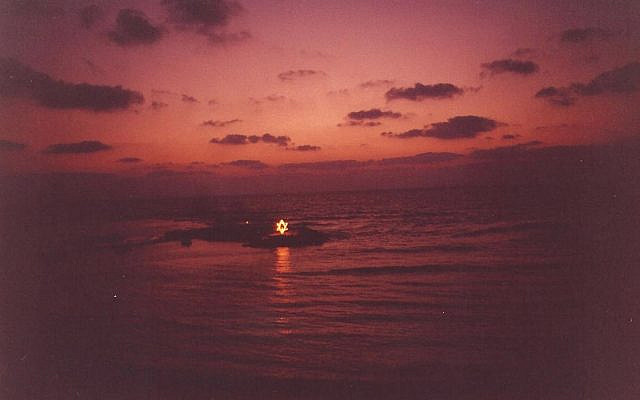 I want to say something really quickly.

And I want to say it so clearly that it appears like a ray of sunshine bursting through a dark stormy cloud.

I want to say it so loudly that it is like a sonic boom through the air that reverberates everywhere.

I want to say it with such sharpness and clarity that absolutely everyone will know exactly what I mean. Because I see what is going on around the world.

I see governments warning the State of Israel that the Jews cannot be allowed sovereignty over their own land.

I see protest movements marching in the streets, descending into violent chants of death to Jews.

I see the Vatican – the cause of so much pain to my people – summon the Israeli and US Ambassadors to protest Israeli sovereignty – even as the goods and items they plundered from my people probably remain in hidden and darkened underground dungeons.

I see blood libel after blood libel hurled against my people. I hear the chants for our deaths. I hear the accusations of us being evil, colonialists, oppressors, child killers and every other name you can think of.

And it doesn’t change a single thing in me…

Because I am so damn proud to be a Jew.

Now I know there are plenty of people among my own people us who do not feel that way, people who side with our enemies and people who ignore our history and people who have lost their pride and their identity and their soul and I actually feel pity for them in a way.

For to be granted such a legacy and to throw it away is a tragedy.

But despite all of that, I am so proud to be part of this ragtag group of people who have fought empire after empire, century after century, genocide after genocide, across our entire history – to simply stay alive and continue a mission handed to us almost 4000 years ago.

My heart fills with such pride and such joy to belong to this group of fighters and dreamers and thinkers and warriors and poets and historians and musicians and artists and scientists and scholars and doctors and writers and holy men and holy women.

But wherever I walk whether it’s in the streets of Melbourne or New York or London or Jerusalem or any other place on earth, I carry with me thousands of years of history.

And that’s not a burden that weighs heavily upon my shoulders – it’s an honour that lifts me, gives me wings and allows my spirit to soar.

I will always and forever be a proud Jew.