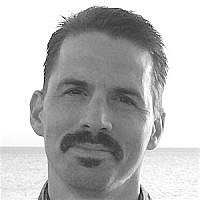 Today marks the one-year anniversary that I became an orphan. The untimely loss of both my parents unhinged me spiritually and left me searching for answers about identity, religion and how to raise my own children.

I was brought up in suburban New Jersey by a devout Catholic father and a secular Jewish mother. I went to church every Sunday, had first communion, confession and confirmation, but also celebrated Jewish holidays at home and was close to a large, extended Jewish family. For its part, Catholicism taught me much about Scripture and prayer while Judaism gave me a rich family narrative and a sense of belonging. After the sudden death of my father though, I drifted from the church and began to explore the Jewish side of my spirituality. This transformation, and the complicated search for my own religious identity, has not been a simple journey.

When I was 5-years-old my mother enrolled me in Hebrew school at a local reform congregation. I remember driving to the JCC at night listening to Carol King on the radio, eating apples and honey at Rosh Hashanah, and making clay menorahs for Chanukah. But that’s where the memories end. After about a year my father switched me to a Sunday school at the Catholic church up the road and I never went back to Hebrew school again.

I don’t hold it against him for taking over. My father was the more active practitioner of religion. He went to mass every Sunday, on holy days of obligation, and even rosary services before work. My mother on the other hand was entirely secular. Her family came from socialist, Russian immigrants who had left old world traditions, like religious observance, back in the Pale. When my grandparents married they even anglicized their last name to help my grandmother’s nursing career in the waspy factories of central New Jersey.

Ironically, it was my father who enthusiastically saw to it that we maintained Jewish traditions in our home. In the late 80’s, he traveled to Israel and was deeply moved by his experiences there. Afterwards he built sukkahs in our backyard using pumpkins and cornstalks for decoration. He led our Passover Seders with a Maxwell House Haggadah that he bought at a nearby Shop-Rite, and at Sunday school he added Jewish context to Old Testament readings during his weekly lessons (yes, he was my teacher too).

More importantly though, my father started to question established church dogma like the absence of women priests or the historic portrayal of Jews as Christ killers. My father’s unorthodox views had a profound impact on my own spiritual journey. They inspired me to rethink my faith and ask difficult questions. These questions would come to a head one August day when he died suddenly in a swimming accident at the Jersey shore.

When I lost my father, I had already been drifting from the church for some time. In the months that followed, I tried attending mass again, tried to reconnect, but out-of-touch pastors and abstract sermons did little to inspire or console me. Ironically, a final wish of his brought me even closer to the Jewish faith.

While he was alive, my father said he wanted to be cremated, and that his remains should be spread in Kidron Valley in Jerusalem. About a year after his funeral, I found myself in Israel for the first time walking the narrow alleyways of the Old City carrying his ashes in an empty Oil of Olay jar. It was a quiet Shabbat morning and after passing through the Lion’s Gate, we continued to a bench that overlooked the Mount of Olives and the thousands of white grave sites crowding its slopes. There, we recited a mourner’s kaddish and shook out the grey contents of the jar, letting the wind carry them east towards tombs of Absalom and Zechariah.

Like my father, my experiences in Israel had a powerful effect on me. Standing next to the toppled walls of the second temple or wading through a 4,000-year old tunnel mentioned in the Bible were humbling experiences. But most of all being surrounded by Jews from every corner of the world – and knowing that I shared a common story with all of them – gave me a real sense of belonging.

When I returned home, I decided to join a local Jewish congregation. I started attending holiday services and participating in JCC activities. I played guitar at children’s Shabbat services and even enrolled my kids in Hebrew school. And for the first time in a while I was optimistic about my religiosity. That is until I had a conversation with the congregation’s rabbi who informed me that my boys – all three of them – would need to convert and be circumcised before they could continue on a road to bar mitzvah.

See, all of my children were all born in Europe where circumcisions are not standard procedure in maternity wards. They also have a gentile mother so I knew they weren’t halachically Jewish. Still the news came as a shock and made me feel like an outcast in a community that I was just getting to know.

I don’t want to make excuses. I knew the rules going in, but at the time my children were born, finding a mohel in a Jewish community that I had no relationship with seemed less of a priority than trying to deal with sleep deprivation and learning how to be a parent. Still, I had failed to follow one the most fundamental commandments for leading a Jewish life – another example of how I was still not totally at home in the Jewish community. It was shortly thereafter that I lost the epicenter of my Jewish world.

I knew something was wrong the moment I left the international arrivals at Newark Airport. My mother, usually full of energy and humor, seemed low and even confused. She said it wasn’t anything serious, just a sore leg, but in the following months her overall condition worsened and she went from doctor to doctor trying to figure out what was the matter. She was treated by a dozen specialists at four different hospitals over nearly 18 months and we still didn’t learn she had cancer until 2 weeks before she died.

My mother passed away on March 15, 2016 in a hospice facility around the corner from my childhood home. My flight home from Europe landed two hours after she died. We held an outdoor service next to the graves of my grandparents with the low drone of the Garden State Parkway humming in the background. The rabbi sang the mournful El-maley rachamim, the prayer for the soul of the departed, and each of us siblings gave tearful eulogies while family and friends lined up to throw shovels of fresh dirt on her pinewood casket.

After everyone went home, I was left with a complicated mix of emotions. I felt guilty that I hadn’t made it back in time to say my last goodbyes; sorry that I hadn’t lived closer to help out more; and sad that my children wouldn’t spend another day with their Grandma who loved them so completely.

My mother was the cornerstone of my Jewish life. Her vivid stories of arranged marriages and tenement life on the Lower East Side spawned a lifelong passion in me for Jewish culture and history. She was also the conduit to my extended Jewish family. Without her I fear those bonds will slowly fade. I worry too that it will be hard for me to provide my own children with the same Jewish connection and inspiration that I was given. And finally, I worry that all my soul searching is just an excuse to avoid making hard life decisions.

In the midst of all this angst, I sometimes think back to a prayer the rabbi recited during my mother’s funeral:

“A man, whether he be a year old, or whether he lives a thousand years, what does it profit him? For is it not as if he has never been? Blessed be the True Judge, Who brings death and restores life”.

The tziduk hadin is the explanation of divine judgment and it says that we don’t choose when we are born or when we die, and that there is something more significant to life than the time we spend here on earth. These few words speak volumes and have helped me come to terms with the unpredictability and frailty of life. They have helped me to cherish the rich array of religious experiences that my parents exposed me to – experiences that have made me a more tolerant, curious and spiritual person. And while I still don’t have answers to my many questions of faith, I believe these experiences and the journey that I am on is one that will ultimately bring me closer to God.