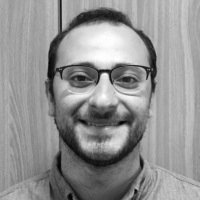 The Blogs
Avi Bart
Apply for a Blog
Please note that the posts on The Blogs are contributed by third parties. The opinions, facts and any media content in them are presented solely by the authors, and neither The Times of Israel nor its partners assume any responsibility for them. Please contact us in case of abuse. In case of abuse,
Report this post.

Last month, I participated in the Foreign Policy Community of Indonesia’s (FPCI) 1000 Abrahamic Circles “deep interfaith” trip. Together with a Sri Lankan Catholic Priest and an Indonesian Imam, I – an Australian Orthodox Rabbi – embarked on a three-week whirlwind experience of, friendship-making, peace-building and interfaith dialogue. Spending a week in each participant’s country, culture and community – starting in Deniyaya, Sri Lanka, then flying to Jogjakarta, Indonesia before finishing in Melbourne, Australia – was truly a consciousness-expanding experience.

The program’s model of “deep interfaith” really spoke to me. As distinct from interfaith experiences grounded in conversations about shared beliefs or values, 1000 Abrahamic Circles seeks to ground itself in relationships, and sees deep interpersonal connections as the ideal starting point for honest and frank interfaith dialogue. Travelling together for 3 weeks and living in each other’s communities, the other Circle Members and I spent a lot of time together. We developed close bonds, allowing us to springboard into some difficult conversations. We were able to move past some of the tropes about our commonalities and make space for our differences.

Very early on in the trip, as a way to endear themselves to me, someone commented on their admiration and respect for the Jewish people. However – completely coming from a place of misinformation rather than malice – their comments included antisemitic tropes. The program’s structure allowed me the time to leave the comments for a week and address them only once our relationship had solidified. Something which in another setting may have lurched into a confrontation instead became the seed for one of the trip’s most productive conversations.

My guiding principle throughout the trip was to be understood on my own terms and give others the space to express themselves on their own terms. Rather than fit other people’s worlds into the categories that exist in my own, or seek to confirm or reject my own preconceptions, instead, I wanted to listen deeply and learn about other religions, other cultures and other people’s lives. While initially I found it challenging to find the space to be understood on my own terms – for example expressing that Judaism is much more than a religion, it’s also an ethnicity, culture, race and set of practices. And that in turn Judaism is structured in a fundamentally different way from Catholicism or Islam – having 3 weeks to work through all that complexity was really helpful and necessary.

Our time in Australia was an opportunity to introduce the Circle Members to Melbourne’s Jewish community, local Christian and Muslim communities, interfaith as practised in Melbourne and of course some kangaroos and koalas. I certainly found our survey of Jewish Melbourne interesting and powerful, and I’m sure the other Circle Members, with the very limited exposure to Judaism in their countries, gained a lot as well. As a corollary of Judaism being broader than just a religion, Jewish people are incredibly diverse in their thinking, beliefs and practice of Judaism. Meeting real-life embodiments of that Jewish diversity was instrumental in solidifying the broader Jewish context I sought to provide over the trip. Equally, many Melbourne locals – both Jewish and not Jewish – who interacted with our Circle spoke to me of how interesting and enlightening they found the experience. Being a minority in as successful a multi-cultural democracy as Australia, for most of my community members meeting with the Circle provided new insights into specifically the Indonesian and Sri Lankan contexts more so than the religions themselves, as many have had significant exposure to Australian Islam and Christianity.

A particularly difficult part of the trip for me was, due to safety concerns arising from attitudes towards the Israeli-Palestinian conflict, not being able to wear my kippa (skull-cap, worn as a constant reminder of God’s presence) openly in Indonesia. I was advised to cover my kippa with a baseball cap in public. Without getting into politics, I hope that through programs like this which foster dialogue, exposure to difference and peace-building, in the not too distant future there will be a time when I can safely and confidently walk through the streets of Indonesia proudly wearing my kippa.

Finally, I’d like to thank all the fabulous people who made this trip possible. From all the community members who showed us such warm hospitality, to the local guides who accompanied us in each country, to the organising Secretariat and Director (Ambassador Dr Dino Patti Djalal) at the FPCI, and of course to the program’s donors without whom our trip would not have been possible. Particularly I’d like to thank Rabbi Ralph Genende for connecting me with the initiative and for using his network and experience to create the program for the Melbourne leg of the trip. It was brilliant. Articulating the specifics of my thanks to my co-participants the other Circle Members would double the length of this article. Suffice it to say, thank you for everything. I am privileged to call you my friends. To these, and the many other people who made this trip so special, I am greatly indebted.

About the Author
Avi studies Medicine and Public Health at the University of Melbourne. As a Rabbi, he works to promote engaging, relevant and meaningful Judaism. Avi continues to be involved in the leadership of a range of Melbourne's Jewish community organisations.
Related Topics
Related Posts
Comments