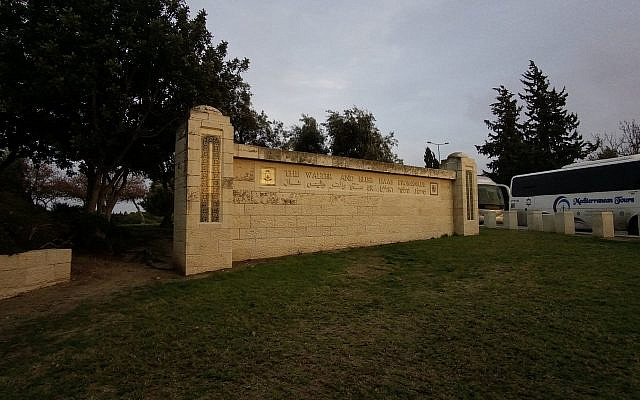 The Tayelet Haas Promenade in Jerusalem where the author resides. Photo: author.

If you’ve made it to this URL, you must be thinking about making aliyah. Otherwise known as moving to Israel.

In doing so, you’ll be playing a small role in the most monumental national project in more than two thousand years of Jewish history.

You’ll also be exercising a right that Israel has enshrined in one of its most Basic Laws.

And — lest you need humbling, assuming as well that you’re amenable to religious inspiration — taking advantage of an opportunity that many eminent rabbis throughout history, not to mention Moses, would have given anything to be able to achieve. You’ll just need a PCR test, an apostille stamp, and whatever else the Jewish Agency has deemed essential..

You should also know this.

If aliyah is your decision, or something you’ve expressed interest in, then from this point onwards you’ll also be subjecting yourself to an avalanche of propagandist information about Israel.

It may be laudably well-intended — those writing it, after all, may seem themselves as carrying out a sacred religious mission in bringing more of their coreligionists back home — but you’d do well to read it while bearing in mind that it’s not written for neutral objectives. It’s there to sell you on moving to Israel. Like all forms of sales literature, it’s biased.

Equally, you may soon discover that there are plenty of disaffected olim who would only love to tear your dream asunder and who will waste not a second in forewarning you about the bumpy ride that you likely have in store, perhaps to share some of their own tales of woe.

Over the years, I’ve written plenty about the pros and cons, as I see them, of living in Israel. And yet, I’d hate to have deterred anybody from giving it a shot, at least. It’s your life. I’m biased heavily, by the way, towards the idea of at least trying. (I just don’t see the value in keeping mute about some of the problems here; others do).

Aliyah is a uniquely personal decision. And the most useful advice you receive about where to live in Israel (etc etc) may actually come from those who don’t feel like they have a stake in your move.

The water coolers of the Israel-based English-speaking community — Facebook groups and the like — may therefore prove more useful sources of information than state-sponsored publications brimming full of only beaming faces waving Israeli flags.

With all that introduction out of the way, here’s what I have titled The Real Person’s Guide To Making Aliyah.

This will be short (I’m hoping to cap this post at 1,000 words). It is not written with the intent of making Israel look good. And finally, it’s merely a reflection on what I’ve learned during my own aliyah journey which is only seven years old.

It’s unapologetically un-politically correct. It’s un-Jewishly correct, if such a thing can be said. And finally, it’s decision-ambivalent. Come or go. I just happen to think that at least trying is a good idea.

Become a coding prodigy from birth if possible

There are three things that can set you up for success in Israel.

One of them — inheriting a large trust fund or being born the progeny of shipping magnates or anything else that might insure you an illustrious financial future — isn’t really under your control.

The other — becoming a coding prodigy — isn’t really under your control either. Because not everybody has a head for Java and Linux commands and other highly employable skillsets.

The last one — learning Hebrew — mostly is. At least to the extent that most people can pick up the language or enough rudiments to get by. Naturally, the more you know, the better.ome a coding prodigy from birth if possible

Jewish mothers the Diaspora over cling to outmoded and frankly ridiculous beliefs about what respectable “Jewish” professions for their sons and daughters should look like. Upon arrival in Israel, you will quickly see that there is no such thing.

In a Jewish country of almost ten million citizens, there are Jewish bus drivers, car attendants, and yoga teachers.

Nevertheless, Tel Aviv was recently crowned (shamed?) as the most expensive country on the planet.

Israel, in general, is massively overpriced. I paid almost $15 for a cheese sandwich at a café yesterday. Living here without earning a good salary becomes, for too many, a thankless and grueling struggle.

You can move to Israel as a poet without speaking a word of Hebrew. Nothing and nobody will stop you assuming you qualify for an aliyah visa under the Law of Return.

But if you come as an algorithm engineer while speaking at least the basics of the language, you’ll find yourself at a massive advantage.

Move to Israel as early as possible

During my seven years of living here, I have noticed that many American Jews who move here do have that connection. It can be fostered via periodic vacations in Israel. By studying here for a year. By attending summer camp in Israel.

These kinds of trips, I believe, offer an enormous advantage for future prospective olim.

For one, they acclimatize you to what life is actually life in Israel so when you discover that your Birthright experience and day to day life here don’t neatly accord, it doesn’t come as an unpleasant surprise.

You’ll get an early memo about the cost of living. You won’t be shocked —as I was — to discover that people often don’t thank you for holding the door open. Etc, etc.

Israel’s culture — very macho, very Mediterranean — is an acquired taste. Many never adapt to it. But if you can start that process earlier, I reckon you’re setting yourself up for another advantage.

I only have two regrets about my aliyah so far:

Other than that, I have zero regrets. Or at least no significant ones.

While I would probably not have chosen to live in Jerusalem, I blindly followed the advice of my shaliach and went to ulpan here. Whereupon, I met my now wife. For the most part, I enjoy living in the city, even if the Friday early Shabbat closures sometimes drive me crazy.

I didn’t partake in a lengthy pilot trip as is routinely advised.

Having essentially no Jewish friends growing up, I had nobody to have long Skype calls with to ask whether Ulpan B was as good as its website made out.

Instead, I took a flight from Cork to Tel Aviv via London Heathrow with the maximum baggage allowance of three suitcases. I bought a six pack of beer to assist with any “oh crap, what have I done with my life” moments that might manifest in the hotel after arrival (they actually didn’t, although the beer was still enjoyed). And half a kilogram of coffee to get to work the next morning. Which was also enjoyed.

For the most part, it’s worked out.