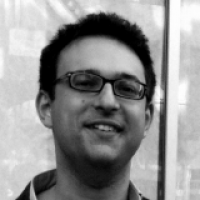 The Blogs
Gabriel Sassoon
Apply for a Blog
Please note that the posts on The Blogs are contributed by third parties. The opinions, facts and any media content in them are presented solely by the authors, and neither The Times of Israel nor its partners assume any responsibility for them. Please contact us in case of abuse. In case of abuse,
Report this post.

As former Israeli prime minister Benjamin Netanyahu’s critics bask in the afterglow of the new coalition government’s approval, cold structural realities remain that will dampen the enthusiasm of optimists in the international community. Understanding exactly how Israel’s domestic political landscape has shifted is crucial to appreciate what the future might hold for Israel and the region.

It may appear confusing to foreigners that Naftali Bennett and his small 7-seat party, whose politics can only with deliberate understatement be described as right-wing, seem to have unseated the Netanyahu government — causing West Bank settlers to mourn and secular leftists in Tel Aviv’s Rabin Square to dance with joy. Shouldn’t the election of a far-right prime minister lead to, um, the polar opposite reaction?

While it has never been straightforward to assemble a governing coalition in Israel, it is now effectively impossible for a center-left government to form there. Contrast this with the situation just three decades ago: whereas Rabin’s Labor romped home with 44 seats in the 120-seat Knesset, and the leftist Meretz party garnered 12, those two parties now constitute the leftist rump of Israeli politics with a measly 13 Knesset seats between them.

From 56 seats in 1992 to 13 today. Where have those leftist voters gone? Part of the answer is fairly easy: in the most recent elections this March, the centrist Yesh Atid party led by Yair Lapid — the architect of the new coalition government — won 17 seats, and last year’s also-ran Benny Gantz’s Blue and White party managed to retain 8 of the 33 seats he’d won in the 2020 elections.

The bulk of these 25 centrist Knesset members were voted in by former Labor and Meretz voters, most of whom abandoned the traditional left following the bloody Second Palestinian Intifada of the early 2000s and its political coda, Mahmoud Abbas’s rejection of Prime Minister Olmert’s peace offer in 2008. Israelis rightly concluded that the Palestinian polity was simply not open to a two-state solution, as were most Israelis in the 1990s and early 2000s. Since then, the Israeli electorate has shifted to the right on security issues, the prospect of peace with the Palestinians has become an elite concern of no relevance to most Israelis, and social and economic issues have dominated.

Two trends. First, the rightward shift of the Israeli public has no doubt turned many of the kinds of folks who might have been centrist Labor voters into center-right voters.

Second, secular liberal Israelis are increasingly a dying breed. They are being supplanted demographically by the ultra-Orthodox; the knitted-yarmulke wearing modern Orthodox; by the large-scale Russian immigration of the 1990s, whose population tends to be very right-leaning; and by Mizrahi Israelis, the descendants of Jews who immigrated from Arab countries, who tend to be more traditionally religious and who tend also to vote for Likud and other right-wing parties, as well as for the right-wing, ultra-Orthodox Shas party.

It is very much for these reasons that, even though the second-largest party in the Knesset is Lapid’s centrist Yesh Atid, Israelis find themselves with a far-right, ultranationalist prime minister in Naftali Bennett from a 7-seat party called Yamina, whose name translates to “Rightward.”

The force that has dominated, during these years of relative consensus on security issues in general and the Palestinians in particular, has been Netanyahuism, Israel’s version of Trumpism. As the new coalition was forming, Netanyahu said the election had been “stolen” by the “deep state.” For years he has been decrying the “fake news” media. Of course, this was an adaptation of effective Trumpian right-wing populism, newly welded to Netanyahu’s usual mix of (allegedly) corrupt narcissism to which Israelis had become accustomed.

The extent of Netanyahu’s personality cult over the past twelve years can scarcely be overstated. For some years the discourse in Israel crystallized into the simplistic “only Bibi” camp versus the increasingly strong and vocal “anyone but Bibi” camp, the latter of which made the current coalition possible. Netanyahu had, for over a decade, hypnotized the Israeli public into believing that only he could guarantee the nation’s security; only he could hypercharge its high tech sector; only he had the diplomatic weight of a true Israeli statesman; and only he could stand up to pressure from the Americans. None of which was, of course, remotely true.

This era is, at least for now, over. It has been supplanted by an extraordinarily diverse set of parties who have set aside ideological differences and risked being labeled “traitors” by sitting with each other. It is curious to observe Bennett being taunted from the right for being a traitor and for heading a “weak,” “leftist” government. This is the same Bennett who, in 2015, ran on a platform whose slogan was, “Stop apologizing, love Israel,” implying that anybody who questioned right-wing ultranationalism was an Israel-hating apologist.

Has Meretz ever sat with an ultranationalist like Bennett? Has a far-right party like Yamina ever dreamed of sitting in coalition with the far-left Meretz? And for Avigdor Lieberman to sit in government with an Islamist Arab party, or for that Arab party, Ra’am, to sit with any of these Zionist parties, is unprecedented.

It is also a source for hope. But Israelis understand this hope rather differently from how foreign observers might. This is a moment of national healing following years of democratic erosion by an (allegedly) corrupt narcissist who fancied himself, and whose family fancied themselves, as irreplaceable, as Israeli royalty.

But this is not a moment of some kind of return to the dreamlike possibilities of the nineties. While an accommodation with the Palestinians is not an impossibility, especially in the context of Israel’s normalization of relations with its Arab neighbors, this will not be the focus of the new government. Domestic socioeconomic matters and the Iran nuclear deal will remain the order of the day.

And even if a change to the status quo with the Palestinians emerges on the horizon, it will inevitably look far different to the fantasies of those in Brussels and Geneva. Regional geopolitics has moved on, and the Israeli political landscape has shifted too much, for it to be any other way.

About the Author
Gabriel Sassoon is a writer and public affairs consultant. He has served Israel's Foreign Ministry while based in New York, and in Tel Aviv as foreign media advisor to former Knesset Deputy Speaker Hilik Bar. He served as English Campaign Coordinator and Foreign Media Advisor for the Israeli Labor Party in two national elections. The views expressed above are his alone.
Related Topics
Related Posts
Comments
Advertisement