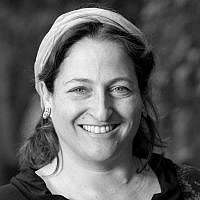 The house I grew up in, in Jerusalem, was situated at the junction of three neighborhoods that represented a “Zionist triangle” of inspiration for modern-day Israel: The biblical patriarchs and matriarchs who birthed our nation, the warriors who defended its physical wellbeing, and the spiritual and intellectual leaders who have provided us with meaning. In other words – family, security, and tradition.

The streets of the first neighborhood were named for the sons of the biblical patriarch Jacob, the founders of the tribes of Israel. The second neighborhood’s streets bore the names of the Israeli military units, military operations and the pre-state resistance movements such as the Irgun and Palmach. And, while walking the streets of the third neighborhood, one could encounter the sages of the Mishna and the Talmud.

For me this is the face of Zionism: three different groups of Jewish pioneers, across almost 40 centuries, all interested in building cultural and national life in the promised land for the Jewish people. All obligated themselves to act upon their dreams, and all had faith they can make a change in the life of their generation and generations to come, that their utopian hope could become a reality, that there can be no despair and no giving up. They lived David Ben Gurion’s adage that in the Land of Israel, anyone who doesn’t believe in miracles is not a realist.

The Zionist challenge today isn’t limited to the question of the numbers of Jews coming to Israel, making Aliya, or providing support to the Jewish state by fostering a connection with communities abroad. Our challenge is also to bridge the gaps between the different tribes living in Israel. The pioneers who founded the state provided us with a land, an independent country, a cultural heritage and a dream, but it is up to us to be able to implement this legacy. It’s up to us to build a Jewish and democratic society, to find compromises that respect diversity and different identities and narratives – including Jewish identities in Israel and in the Diaspora, as well as the identities of the Arab minority who are citizens of Israel.

The formative image of the first decades of the Zionism was the melting pot. Erasing particular narratives, languages and traditions – in spite the anguish and the price paid – for the greater good of building a new state. Even if there were justifications for this approach at that particular moment in time, it is clear that our mission today is the opposite. The aim of 21st century Zionism is to ensure that we forge a common narrative that binds us together, without giving up on our diverse backgrounds and ideological ancestors. Just as the Basel Congress brought together disparate segments of the Jewish world, today’s Zionism must reach out to

In the words of Theodor Herzl at the first Zionist Congress 125 years ago: “Zionism has already managed to accomplish a wondrous thing, previously thought to be impossible: the firm bond between the most modern elements of Judaism with the most conservative.” May this ability to bring together the modern and the conservative ideas and people be our success today as well.

So, how can we connect young Jews to Israel?

A few years back I took part in a meeting of New York Jewish Federation lay leaders and leaders from Israel. As a part of an interesting exercise, a large triangle was drawn on the floor, its three points labeled with different definitions for Jewish identity: the State of Israel, Jewish traditions and lifecycle events, and Tikun Olam.

We were first asked to place ourselves on the triangle according to our identities. There was no discernable difference between where the Israelis and the Americans located themselves, with most of the participants ending up somewhere in the middle of the three points. Then, we were asked to stand where we thought our children would have stood had they been there with us. At this point, the differences became very clear. While the Israelis thought their children would make the same decisions that they had, almost all the American Jews stood in the Tikun Olam point, and only a few predicted that their children would consider the State of Israel and Jewish lifecycle events or traditions as a dominant part of their Jewish identity.

This is our challenge. Instead of bemoaning this situation we should study it and lean into it. We should invite young Jews to center their passion for Tikun Olam in Israel, in whatever field holds their interest – climate, equality, poverty, welfare, education. We should help them integrate their vision of Tikun Olam into their homeland. The motivation would be to create a connection between their passion for activism to their Jewish heritage. To act not only as universalists, but simultaneously as Jewish activists ones, and rediscover Israel’s story as the hopes of dreamers, activists, reformers seeking a better world – Tikun Olam.

When the world was created, God enjoined Adam and Eve – so says the Midrash – to take care not to destroy the beautiful world given to them, because there is no one to correct their mistakes and pick up after them. Maybe the young Jews of the world can make these repairs and partake in God’s work – making the world a better place as the Jewish mission of the 21st century.

About the Author
Adv. Shlomit Ravitsky Tur-Paz is the Director of the Joan and Irwin Jacobs Center for Shared Society at the Israel Democracy Institute.