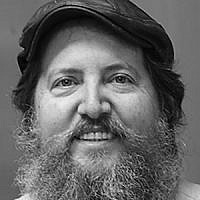 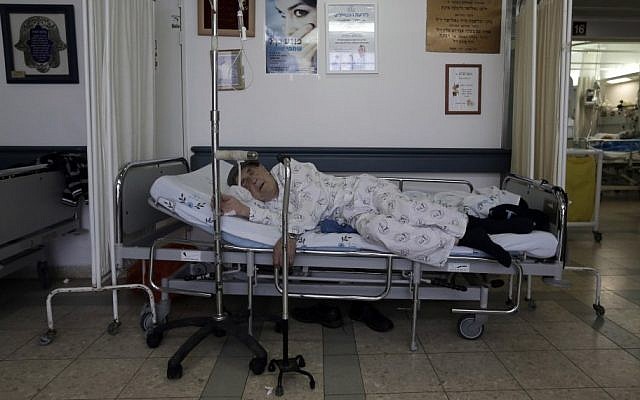 But there’s a religious case that has been made in its defense that is worth examining, even though it’s not a case the authors of either the House or the Senate bill have been forthright in making — perhaps fearing to bring religious ideas into the public discourse.

The basics of the bill the Senate has been considering — and might consider again — are simple. The bill would retroactively repeal the taxes that financed the ACA. Most importantly, this is a 3.9 percent tax on investment income above a certain threshold. Someone who makes $200,000 a year in salary and earns $50,000 in capital gains will not benefit from the tax cut, since such a person now doesn’t pay any Net Investment Income Tax. A family with $500,000 of earned income and $50,000 of interest and dividends, however, will save $1,800 with this tax cut. And for the 400 richest families, this and related tax cuts will net them each an estimated $7 million a year in savings.

How exactly to cut government services to pay for this financial windfall varies between the Senate and the House plans, but not significantly. The Senate plan would manage by reducing Medicaid payments by an ever-increasing amounts, leaving the states and future legislators to decide whether to cut services for the working poor, disabled children, or senior citizens in nursing homes. It would also reduce support for insurance premiums for the lower middle class, and encourage plans that would be cheaper for healthy people while being less likely to keep sick people from being bankrupted.

For those of us raised with a mandate of v’ahavta l’reiacha kamocha — loving our neighbor as ourselves (Leviticus 19:18) — and lo ta’amod al dam reicha — do not stand idly by the blood of your neighbor (Leviticus 19:16) — it would seem that redirecting money to rich people’s pockets from sick people’s health care would be religiously indefensible. Indeed, Yeshiva University’s Rabbi Moshe Tendler has used these two biblical verses to argue that providing health care is a societal obligation. So why aren’t all religious groups following the lead of the Union for Reform Judaism and condemning the Republican health plans?

One answer is that an increasing number of Americans — particularly those who identify as Republican — follow what is called the Prosperity Gospel. A classic exemplar is Paula White, the senior pastor of New Destiny Christian Center in Apopka, Florida, who gave the invocation at the Trump inauguration. Followers of the Prosperity Gospel believe that a person’s wealth and health reflects his or her righteousness.

You can hear this theology in the recent remarks of Republican Congressman Mo Brooks of Alabama. He declared that “people who lead good lives” shouldn’t have to pay for the health care costs of people “who have higher health care costs.” If you’re sick, in other words, you deserve it.

Or as Vice President Mike Pence recently tweeted, the new Republican-designed health care system will be based on “personal responsibility.” So indeed, why should people with pre-existing medical conditions have to be paid for by healthier, and presumably more godly, citizens?

It is not a new idea — this is one of the theological arguments that the biblical Book of Job was written to rebut thousands of years ago.

You don’t have to be a full-fledged Prosperity Gospel advocate to think God would rather you get a tax cut than that money go to heal people. One Jewish advocate for valuing wealth over health is the writer David Klinghoffer, who spelled out his argument in his 2008 book, “How Would God Vote: Why the Bible Commands You to Be a Conservative.”

Basing himself on an extremely innovative reading of Talmud Chulin 91a, Klinghoffer writes that “the Bible would have us choose wealth over health.”

“It would be a shame if government policies, namely the imposition of universal health care, were implemented to make it impossible for a consumer to exercise such a risky but idealistic choice,” he wrote. (The full details are in my rejoinder volume, “How Would God REALLY Vote: A Jewish Rebuttal to David Klinghoffer’s Conservative Polemic.”)

Klinghoffer further argued that any government effort to provide health care is an obstacle to religious growth. He approvingly cites a Catholic theologian who, ignoring the role of Jesus as a healer, argued for the value of “human suffering… as a necessary condition in spiritual formation.”

He summarizes this religious view in a sentence that I believe explains not only the specifics of the Republican health-defunding tax cuts, but also many provisions of the proposed Trump budget, which would slash funding for medical research: “If materialism is the premise, then by all means, let us deploy the government to rid ourselves of illness — of all illness, why not?”

But the point of view that Klinghoffer represents is anti-materialist. From this religious view, a government designed to help citizens with their material problems is a bad thing. If salvation comes from the church, who needs government? And by that logic, any secular government is the enemy of religion.

Yes, Klinghoffer has followed his Christian brothers in ideology into the realm of anti-Zionist ultra-Orthodox Jews. But note that while he doesn’t want the government to help other people, he confesses to personally lacking enough faith to renounce the medical services his wealth can buy him: “The Talmud explains that in an ideal world, we would never consult doctors at all. A person with an illness would seek out spiritual guidance, not unlike the model of Christian Science. That we are allowed to use medicine is a lenience, a concession taking into account that few of us are up to the exalted spiritual level it would require to effect healing through repentance.”

We all understand that Christian Science is a religious view — and most of us are grateful that our own religious teachers don’t preach it. We take pride in Judaism’s this-worldly nature. I believe that the Republican plan likewise reflects a religious view — and one that the mainstream of Jewish tradition roundly rejects. Those lending their support to these plans to change American health care should keep in mind how Rabbi Israel Salanter distinguished between a tzaddik, a righteous man, and a rasha, a wicked one.

If Congress succeeds in passing its proposed undoing of the Affordable Care Act, it will have made some religious people happy. Rabbi Salanter, however, would not be among them.

About the Author
Larry Yudelson is associate editor of the Jewish Standard.
Comments