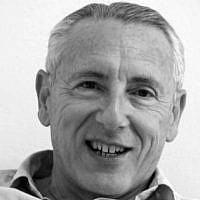 Anyone who has studied Jewish history seriously knows that the period of time that the Jews had sovereignty in their own state is actually very brief. The risks of the past must be remembered in the present. Already during the first Temple period alliances were at first wisely made with larger states in the region, based on a realization that the little state of our forebears could not exist securely in the region purely on its own and without support from the greater political and military powers. Later, as the Kingdoms of Israel and Judah divided over tribalistic conflicts and the selfish concerns of its would-be kings, it was often the prophets who warned about the consequences of wrong alliances, over-confidence in our independence. To be sure, the prophets reminded us of the need to obey God, but also to be wary about not alienating our nearby supporters, even as we should be careful about not taking on their customs and swallowing their beliefs in place of pursing justice. In the time of the prophets, the choices were always between Egypt in the South or Assyria and later Babylonia in the North. And with the rise of the Syrian Greeks and later Rome and its many conquests during what is generally called by Jews, “the Second Temple period,” the dangers of rebelling against the mighty powers were also the subject of warnings.

This history is worth remembering as we watch the machinations and listen to the slogans of the extremist parties who won the most recent Israeli elections and are claiming Israel, with God on its side (especially when they impose their version of his will), can go it alone. Beware. Reports out of Washington tell of a White House where a high-level meeting last week to discuss its approach toward the new Israeli government and the possibility of not engaging with some of its ultranationalist ministers should give the incoming leaders in Israel pause.

Israel is these days not choosing between alliances with the Egypt or Assyria, the US versus the Russians (though there are those reluctant to abandon ties with the latter even in the face of Washington’s urging), but it is making some bad choices. In his last term, Prime Minister designate Netanyahu attached himself to the Trump Republicans and Evangelicals who endorse his views. Now these choices are again reverberating in Washington, even in the face of renewed warnings that Israeli ties to America must remain genuinely bi-partisan. There are ample prophets of doom both among the American Jewish majority and many Israelis who have warned of the risks of Netanyahu’s short-sightedness and his embrace of extremists and anti-democratic allies who claim they are following a God who is vengeful and uninterested in democracy or compromise for the sake of peace.

As Ambassador Dennis Ross and David Makovsky have recently warned: Appointing senior ministers who incite against Arabs would undermine the shared values that buttress the bilateral relationship while giving fuel to Israel’s critics in Washington. “Senator Robert Menendez, a centrist Democrat with a strong track record of support for Israel, bluntly warned of the consequences for the US-Israeli relationship if Smotrich and Ben Gvir were to become senior members of the government. That should set off alarm bells in Israel.”

Once again today’s incarnation of the biryonim are creating a situation in which Israel is turning its back on a great power without whom Israel’s sovereignty becomes precarious. Once again claims of the victory of the pure over the impure echo in the Jewish history being made today – whether it is amending the Law of Return so only ‘pure’ Jews can be allowed to come to Israel – or in the promises of the incoming government to move responsibility for religious-Zionist education system to the halachic ‘purist’ Bezalel Smotrich’s Religious Zionist Party, external education to Noam’s ultra-religious MK Avi Maoz, and that the Israel Association of Community Centers under the control of Shas’ MK Aryeh Deri.

In this season where we celebrate Hanukkah and its commemoration of a short-term victory of religious extremism, it is worth recalling that the long view of Jewish history urges caution in such celebrations for the ultimate outcome could be tragic for our little island of freedom, democracy, and Jewish nationhood. We dare not forget the lessons of the past as we look toward the Jewish future in Israel.