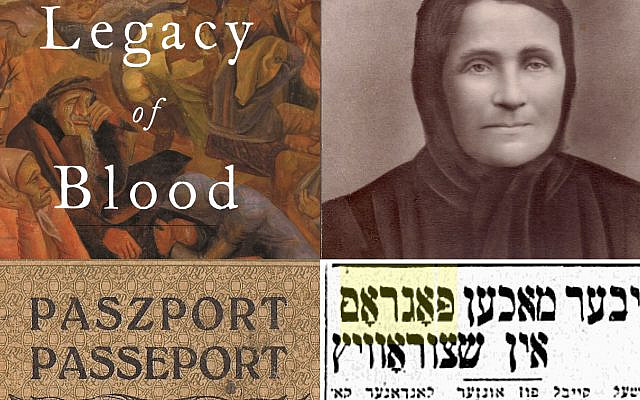 "Legacy of Blood" enables families like mine to understand more about a dark era in Jewish history. Shown here are a photo of my great-grandmother, a Yiddish newspaper headline about the pogrom in which her son was murdered and the passport of one of his orphaned children.

When my great-uncle was murdered in a brutal pogrom in the Russian town of Zhuravichi just hours after finishing Shabbat dinner with his family, there were no cell phone videos or text messages to instantly spread the horrific news worldwide. Instead, my family in America first learned of his death in a Yiddish newspaper article published in late December 1920.

A century later, however, the dedicated work of historians such as Elissa Bemporad is ensuring that thousands of Jewish families like mine, and future generations, know what actually occurred. Her book, “Legacy of Blood: Jews, Pogroms and Ritual Murder in the Lands of the Soviets,” was honored with a National Jewish Book Award. It provides an unflinching examination of the political, governmental and social dynamics that led to the violent deaths of hundreds of thousands of Jews in the late 19th and early 20th centuries. Until recent years, these stories were suppressed or hidden—denying the victims and their descendants the fundamental human right of truthful remembrance. 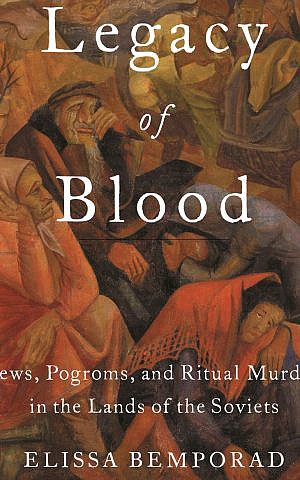 There is no day on the contemporary Jewish calendar when we honor the memories of those who died in pogroms, in part because their tragedy was eclipsed by the subsequent loss of millions in the Holocaust. Bemporad reminds us, however, that in the period when my great-uncle was murdered, pogroms spread with the virulence of a pandemic: “An intense wave of violence erupted in more than 900 cities, towns, and villages throughout Ukraine, Belorussia, and southern Russia, as the main adversaries in the civil war faced each other from 1917, following the Revolution, to 1921, when the Bolsheviks defeated their enemies and gained a complete victory.”

For 21st century Americans, accustomed to unchanging national borders and two political parties, it is hard to even fathom the turmoil that confronted our East European grandparents and great-grandparents. Just trying to understand who was fighting who and why is daunting. From the Soviet regime to the Red Army, the Bolsheviks, the White Volunteer Army (fighting to reinstate the czar), the Ukrainian nationalist government, the Polish Army and peasants, the one common element among those with divergent goals was willingness to perpetrate or ignore lethal violence against Jews, or to condemn anti-Semitism without taking decisive action to stop the genocide.

SELF-DEFENSE OR DISLOYALTY? Bemporad writes that while Jews set up self-defense units to protect their communities, “Their assertiveness was perceived as a provocation, as a sign of potential disloyalty of a minority group that refused to behave obediently and submissively and which could therefore expect revenge in the form of pogroms.” We need not look farther than today’s news to see how this mindset fuels hatred.

I wish that my children and grandchildren would never need to know what the term “blood libel” means. Yet as Bemporad insightfully states, “There is an unexplored history of anti-Semitism in the Soviet lands that sheds light on the complicated experience of concurrent Jewish empowerment and vulnerability.”

Bemporad and other scholars of Russian Jewish history who undertake such difficult research are ensuring that we do not forget why 2 million East European Jews immigrated to the U.S. between 1880 and 1924. A century after my great-uncle’s murder, I am grateful to her for enabling me to honor his memory with much greater understanding.

TO LEARN MORE. Elissa Bemporad is the Jerry and William Ungar Chair in East European Jewish History and the Holocaust and Professor of History at Queens College and The Graduate Center, CUNY. She is also the author of “Becoming Soviet Jews: The Bolshevik Experiment in Minsk.”  A podcast about “Legacy of Blood,” is available.