Maria Edwards was born in Santiago, Chile, on December 11, 1893, 127 years ago, into a prominent Catholic family.

Her father, Agustin, was a legendary political figure in his country. By the end of the 19th century he became Chairman of the Chilean Senate. Her brother, Agustin Edward Mac-Clure, was a famous jurist, diplomat and businessman who founded El Mercurio, one of the most influential newspapers in Chile, even to this day.

At a young age, Maria got married with the diplomat Guillermo Errazuriz Vergara and the couple settled in Paris in the early 1920’s. They had a daughter, Maria Angelica.  The husband committed suicide in 1922 following an unrequited love affair with an American actress, Peggy Hopkins Joyce.

The young widow opted to stay in Paris and in 1926, at the age of 33; she married Jacques Freydeau, the son of a famous French screenplay writer.

A social worker by profession, Maria soon started to work as a nurse at the Rothschild Jewish Hospital, where she became known as Tante Marie (Aunt Marie) and it was there where she started her life-saving mission.   From 1942 onwards, the Rotschild Hospital became a shelter for Jews fleeing from the Nazis.

She joined the French Resistance and oftentimes she risked her own life to save Jewish children on their way to the death camps. On one occasion she was detained and harshly interrogated by the Gestapo, but thanks to the intervention of the Spanish Ambassador to France, she regained her freedom.

Some of the Rothchild hospital’s wards were fenced with barbed wire and turned into detention centers. When the sick patients got better, they were transferred to the Drancy concentration camp and deported to the death camps.

Maria and her colleagues, including some doctors and clergymen, led by Abboth Menardais, organized a major rescued operation which included the supply of false papers for the fugitives and the arrangement of foster families or Christian institutions that eventually provided the persecuted ones with protective shelter.

One of the saved children was Betty Fridman, aged 8 at that time. In July 1942 she had been arrested with her mother and sent to the Paris Winter Velodrome. Her father had been arrested one year earlier. Her mother got sick and both she and Betty were transferred to the Rothschild Hospital. Eventually, the mother was taken to Drancy and then to Auschwitz, where she was murdered. 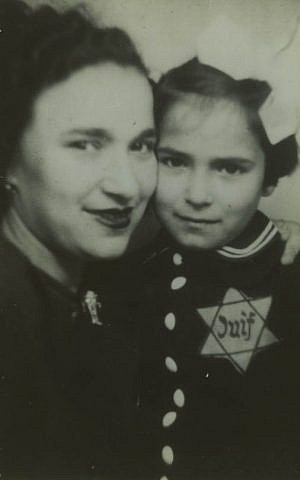 Maria and another colleague of her, known as “Tante Claire” organized Betty’s escape to Chateau du Molinet. Both women took responsibility for Betty even after the liberation.

Maria took care of two other Jewish orphan siblings, Jean and Andre Frydman, aged four and one at that time. She managed to entrust them to the Elkouby family. The Frydman’s remained in contact with Maria until she returned to her homeland, Chile, in 1960.

Maria was decorated with the Legion of Honor for her contribution to the Resistance and on October 27, 2005, she became the first Chilean to be recognized as Righteous among the Nations.  The second Chilean Rigtheous, Samuel del Campo was declared in 2016. He was a diplomat who granted life-saving Chilean passports to many Jews in Romania.

In 2016, her relative Jorge Edwards, published his book “The last Sister” which narrates her awe-inspiring feats.

Back in 2017, a square was named after her and her co-worker, Tante Claire, at the XII District in Paris. 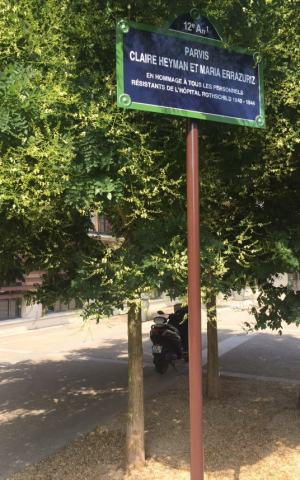 Not many Holocaust rescuers were from South American countries.  To be sure, Maria Edwards should be remembered as one of the most salient members of this exclusive group of heroes.

The International Raoul Wallenberg Foundation will continue preserving and divulging her courageous legacy.

About the Author
Baruch was born in 1933 in Las Palmeras, Argentina, a little hamlet which was part of Baron Hirsch's Jewish settlements. He graduated from a Yeshiva and spent his first adult years teaching Judaism. In the 1960's Baruch was Director of the Israeli Tourist Office in Argentina, creating a program for Catholic pilgrims. He has founded two NGO's, Casa Argentina in Israel - Terra Santa and the International Raoul Wallenberg Foundation. He is married, has three children, six grandchildren and two great-grandchildren.
Comments