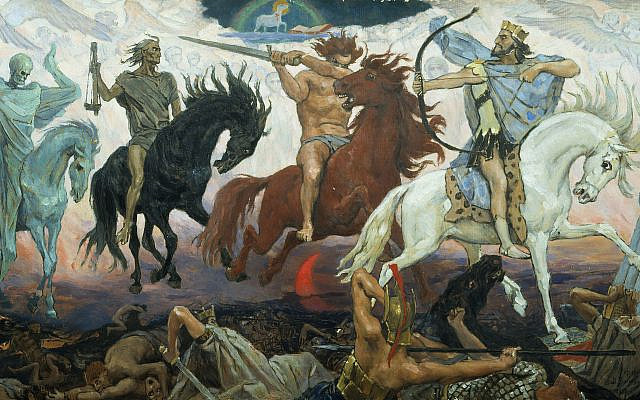 Much has been written, spoken, videoed and shared about the coronavirus pandemic we are all living through. I beg those who for whatever reason are still not taking it seriously, to please take all the requested precautions seriously. There is a natural tendency to think “it won’t happen to me.” I pray that it won’t, but the growing circle of our friends and acquaintances who have been struck by this disease is proving the foolishness of thinking anyone is more impervious than others to the disease that has run rampant around the globe. And if you have less concern for your own safety, at least please be mindful of others.

However, to the other end of the spectrum, to those who are living in dread and fear, I beg you to continue to take the requested precautions seriously, but to also be cognizant of your mental health. It is counterproductive to be so fearful that it affects your health, your wellbeing and that of those around you. Reach out. Talk to someone whom you trust or someone you think can give you the needed emotional support we all need, especially now. There is no shame in doing so.

It is indeed a time of global havoc. Not just health-wise, but also economic. Most of us have not seen such widespread dislocation in our lives. Many are on the front-line, saving lives from this invisible enemy. Many are supporting that effort. Many are wondering how they will survive the economic turmoil. Many are suffering in isolation; many because they are alone; many because they aren’t. The turmoil, pain, and despair are real.

Many platitudes can be given about being strong, about having faith, about this being an opportunity for growth. I believe in them. However, I also know that they will fall on deaf ears for those in the grip of fear. For those who don’t know where their next meal will come from. For those millions of people globally who are now unemployed and have no idea how they will generate income. I don’t know the answers. And that brings me to Pesach.

Our ancestors, more than 3,300 years ago, faced tremendous uncertainty. Others have already written about the parallels to the deadly plague of the firstborns which forced the Jews to remain locked in their homes on Pesach night. I want to focus on the uncertainties they faced. There was a massive shift in the world order occurring in those days. The mightiest empire on Earth, the powerful, centuries-strong Egyptian empire was ravaged by plagues. The Jewish people, a slave caste, was on the brink of not just freedom, but of being cut off from the only source of sustenance and employment they had known for generations. They were about to leave the only homes and possessions they knew. They were to follow Moses into the unknown, into the harsh, lifeless desert, with only the command of an unknowable God to back up the claims of His first prophet.

Did they not have reason to fear? Did they not have reason to distrust Moses and His invisible God? Did they not have a reason for cynicism? They did. However, we are the descendants of those who believed. We are the descendants of those who took a leap of faith. We are the descendants of those who had the courage, the strength, the spiritual drive to step into the unknown; to believe in an all-powerful God and His prophet; to believe in the legacy of Abraham, Isaac, and Jacob; to believe in the ancient promises, the divine covenant between God and our patriarchs. We believed. It is that unshakeable belief that has sustained our people through the most pernicious and devastating horrors humanity could inflict on us for over three millennia. We persevere. We stand, even with a sense of triumph. The triumph of being on the side of eternity.

We are an ancient people. We have seen empires rise and fall. We have seen civilizations built, destroyed and rebuilt. We have experienced and survived war, famine, wild beasts and plague. We can handle this. We shall overcome.

May this Seder, whether we are doing it alone, on our own, in smaller or different circumstances than we’re used to, be a meaningful Seder. May it be a reaffirmation of our unbreakable connection to our past Exodus; may it be a signal of our upcoming Exodus. May it signify our freedom. Our freedom from fear, our freedom from not just the microscopic plague that ails humanity but also the spiritual plagues that have infected our society. When we eat the Matza, that long-lasting poor man’s bread, may it be more heartfelt. When we drink the four cups of wine, symbolizing salvation, may we do so with greater significance. When we invite Elijah the Prophet to our home, may it be with greater emotion. And when we pray and sing to celebrate all together in a rebuilt Jerusalem next year, may we really mean it.

Wishing you and your loved ones a safe, joyous and inspiring Pesach.

Correction on last week’s post: my dear friend, Rabbi Gad Dishi, pointed out that my interpretation of last week’s Meshech Chochma was not as accurate as possible. I translated the term “minim” as ancient atheists and understood the Meshech Chochma to be referring to people at the time of the Temple. Rabbi Dishi correctly pointed out that the Meshech Chochma appears to be referring to post-Temple Christians and their Eucharist service. However, the more accurate translation doesn’t change the gist or message of what I wrote.

About the Author
Ben-Tzion Spitz is the former Chief Rabbi of Uruguay. He is the author of six books of Biblical Fiction and hundreds of articles and stories dealing with biblical themes. He is the publisher of Torah.Works, a website dedicated to the exploration of classic Jewish texts, as well as TweetYomi, which publishes daily Torah tweets on Parsha, Mishna, Daf, Rambam, Halacha, Tanya and Emuna. Ben-Tzion is a graduate of Yeshiva University and received his Master’s in Mechanical Engineering from Columbia University.
Related Topics
Related Posts
Ben-Tzion Spitz
Comments