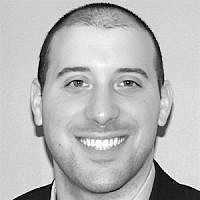 The Blogs
Ben Einsidler
Apply for a Blog
Please note that the posts on The Blogs are contributed by third parties. The opinions, facts and any media content in them are presented solely by the authors, and neither The Times of Israel nor its partners assume any responsibility for them. Please contact us in case of abuse. In case of abuse,
Report this post.

I haven’t read War and Peace. I have never watched a long opera, despite loving classical music. I haven’t climbed a mountain or run a marathon. What I have done, though, is made my first foray into extended Talmud study through Daf Shevui. The activities above are for real enthusiasts, things you have to devote many hours to over the course of several weeks or months in order to complete them. With some exceptions, I usually shy away from those tasks which demand consistent, patient work over such a long period. However, Daf Shevui has shown me that even the smallest step brings us closer to a lofty goal. The proverbial journey of a thousand miles begins with a single step.

There is a legend that is told about Rabbi Akiva found in the Midrash. According to legend, Rabbi Akiva first became a student at age forty while tending his flock. While his flock was drinking from a river, he saw a rock tumble into the water, spreading ripples and causing waves even after it had disappeared. He then saw another stone worn down by the water. He asked himself, “If the water can continuously, slowly, penetrate solid stone, how much more can the persistent teaching of G-d penetrate the human heart?” Much in the same way that Akiva began his studies at an age older than many students, so too is my commencement of deliberate and purposeful Talmud study.

One popular method of studying Talmud is the Daf Yomi (daily page) program. Followed steadily, this allows one to study the entire Talmud over a period of seven years. However, even for scholars, this pace of study can be daunting and fast. Daf Shevui (weekly page) aims to solve this problem; at this slow and deliberate pace, one sequentially studies a single page of Talmud throughout the week, with Shabbat designated as a day for review. The program began in 2013 and has so far covered Tractates Sukkah and Megillah, and is currently in the midst of Tractate Ketubot.

Early in the morning, I receive an email from Dr. Joshua Kulp of the Conservative Yeshiva in Jerusalem, which neatly has the daily daf section in both Hebrew and English, along with his own explanations of each sugya. The last email of the week contains, in addition to the final section, a short video of Dr. Kulp reviewing the main points of the daf and what we have learned this week.

As students of Talmud know, the preferred method of study is with a hevruta, or study partner. I first connected with my hevruta through my Master’s program at Hebrew College. We studied in several classes together (including a class on Tractate Berakhot), and even though I have now finished my degrees, we’ve decided to keep in touch and continue studying together. In accordance with the current schedule of Daf Shevui, we are currently studying Tractate Ketubot, having just finished chapter three.

I myself began the program in the middle of the chapter. I realized very quickly that this was no easy time to begin daily Talmud study; chapter three of Ketubot deals with the penalties for one who rapes or seduces a young woman, and the conversation of the rabbis in the Gemara can become quite explicit concerning this. Furthermore, as Dr. Kulp has noted, this particular chapter of Talmud can be extremely complicated from a legal standpoint, in addition to dealing with sensitive subject matter. However, I found that as I slowly and deliberately studied the individual sugyot, I was able to delve deeper into the sea of Talmud and interact and grapple with the text itself, as well as with the questions that my hevruta and I would pose to each other. In addition to the daily Daf Shevui emails, I also have my own copy of the Koren edition of Ketubot (the wonderful Noé edition, complete with notes on background, halakha and other useful information) which has proved to be a wonderful learning resource in and of itself.

As a Jewish educator, I believe it’s of the utmost importance to not only provide our students with the best education we can give them, but to also never stop learning ourselves. While I have repeatedly taught Talmud to my students, I am just now making the time for consistent Talmud study myself. We are taught in Pirkei Avot 1:15 to make “a set time” for Torah study (עשה תורתך קבע), for if we do not dedicate a time for our own study, we may never get around to it. We are also taught, famously, עשה לך רב, וקנה לך חבר- “Make for yourself a teacher, and get yourself a friend”. These two dictums have been my mantras and motivation as I delve deeper into Talmud study.

So now, each day, after breakfast and tefillot and getting some work done, I dedicate ten to twenty minutes to studying our daily Daf Shevui sugyot, touching base a few times a week with my hevruta to discuss what we are learning and probe the text even more. Even though each day we study just a little bit, it feels great to have studied a whole daf of Talmud by the end of the week, and when I look back on my progress over the last several weeks, I feel a sense of accomplishment. To study a (nearly) complete chapter of Talmud over several weeks is no small matter, and I’ve set for myself the goal of eventually making my way through the rest of Ketubot and through other tractates as well.

My set practice of study with Daf Shevui has shown me that seemingly difficult and time-consuming tasks become much more manageable if we break them down. Patience, admittedly, is a virtue that I’ve struggled with from time to time; Daf Shevui has shown me that with patience and commitment, the lofty becomes reachable and learning even the most complex minutiae of Talmud and halakha can be a joy.

To learn more about the Daf Shevui program, visit the Shiurim Online Beit Midrash of the Conservative Yeshiva in Jerusalem at http://learn.conservativeyeshiva.org/.

About the Author
Ben Einsidler holds Master's degrees in Jewish education and Jewish studies from Hebrew College. He currently teaches Toshba at JCDS, Boston's Jewish Community Day School, and is an active member and coordinator of the Community Hevra Kadisha of Greater Boston. He is also a lay leader and tutor at his synagogue in Lexington, Massachusetts.
Related Topics
Related Posts
Comments
Advertisement