The Blogs
Paula R. Stern
Apply for a Blog
Please note that the posts on The Blogs are contributed by third parties. The opinions, facts and any media content in them are presented solely by the authors, and neither The Times of Israel nor its partners assume any responsibility for them. Please contact us in case of abuse. In case of abuse,
Report this post. 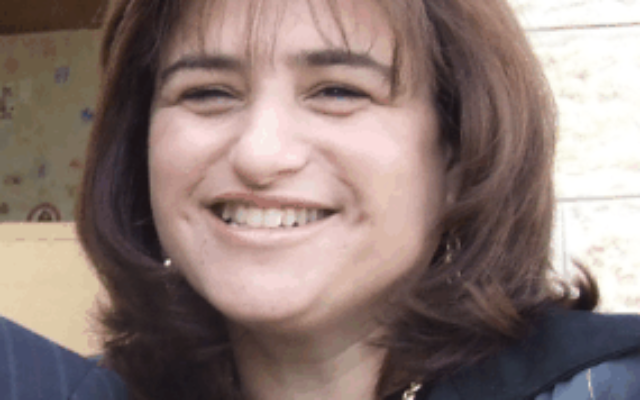 If I were to tell you that as a Jew, I am not well understood by much of the world, I can also tell you that as a settler, I am an enigma even to many of my own people, even to many Israelis. The very day I came to Israel, more than 19 years ago, I became a settler – I moved to a beautiful village that was 3 kilometers to the east of a mythical line. Had I moved just 4 kilometers to the west, this blog would not exist.

But more, the life I have led for the last 19 years, the friends I have made, and the homes I have built, would not exist either. For the first 8 years, I lived in a small village perched on the side of one high hill, down across a dry river bed, and up the side of the next hill. There was a country club with a large pool for adults and older children and a shallow pool for the younger kids. There were three synagogues, a mini-market, a pizza shop, a bookstore, and even, for a while, a hair cutter.

But most important, it was before the war on settlers was waged by the Israeli government, before unilateral actions were made. Part of Rabin’s so-called drive for peace was based on spearheading a movement against the settlers.

If he failed in achieving peace in his lifetime, he most definitely succeeded in his war against the settlers. We were the root of all evil, in
Rabin’s eyes. “They intimidate and harass us,” Rabin said of the settlers, “they complain constantly, and some of them have not even served in the IDF (Israeli Army)” That was, and is, among the worst things you can say to an Israeli – and Rabin did not hesitate to say it, even if he wasn’t being truthful. He even called us “parasites” and I remember him saying that he did not care about “the settlers.”

Some think Rabin’s greatest success was his peace efforts. And while he did manage to sign the Jordan-Israel peace agreement, I think his greatest achievement was in dividing the people of Israel – allowing the world to think not of all of us as Israelis, but rather as Israelis and settlers.

Because of Rabin, CNN would later excuse the murders of women and children because of where they were killed. Two settlers were killed; versus a mother and child were murdered, CNN would report. What had they done, but ride in a car or wait for a bus?

So, today the world accepts and labels me as a settler. But what does that mean? Really? Most don’t have a clue.

And so, I want to explain what life is like as a  settler.

Just like you, I wake in the morning and send my children off to school. I live in such a beautiful city today – full of trees and flowers. Most of my children are now grown and married – I even have a grandchild. He’s a beautiful 15 month old baby – and already, people will label this angel of my life as an “obstacle to peace.”

What peace? None, of course.

As for Rabin’s ridiculous suggestions that settlers are parasites, that has long been proven inaccurate – “settlers” pay plenty in taxes and serve in the highest levels in the army. Their children, our sons and daughters are as likely, and often more likely, to serve in elite combat units. My oldest two sons have served  – both in combat units; my two nephews have served – both in elite units.

We are not obstacles to peace any more than Tel Aviv or Haifa is an obstacle and it is Ashkelon and Ashdod and Shderot they regularly attack, not my home. My youngest daughter was born a settler – she is petite, so sweet. She’s never harmed anyone, never done anything but play and run, laugh, and cuddle with her family. Obstacle to peace? Ridiculous – how can a child be an obstacle to anything?

Despite decades of attacks, of attempts to negotiate peace settlements and ridiculous unilateral actions the only made the security situation even worse, we are no closer to peace today than we were in 1966, before the so-called occupation, before Oslo and Wye, before we evacuated Gush Katif, Northern Shomron, and now Migron.

And still, we are not understood, still we are referred to as settlers. It is a means of dismissing us, separating us, making us different. After working with a company for four years, the product manager and I had a discussion. He knew where I lived; as I knew where he lived.

He spoke of “them” and I asked him who “they” are. Them, he answered, the ones who live in Beit Haggai, Ofra, and Otniel. Not you, he assured me. “I have nothing in common with them.”

“But I am them,” I answered him. “I am exactly like them – and you have everything in common with them, and with me. We share a language, a culture, a religion, a nationality. We share a history and a future. I am them, and they are me.”

So bear with me as I begin this blog of a settler and an Israeli and hopefully, ultimately, you will see that they have always been one and the same whether they live in Tel Aviv or Tekoa; Maale HaHamisha or Maale Adumim, Mitzpe Ramon or Mitzpe Yericho.