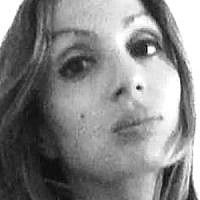 The Blogs
Limor Blockman
Apply for a Blog
Advertisement
Please note that the posts on The Blogs are contributed by third parties. The opinions, facts and any media content in them are presented solely by the authors, and neither The Times of Israel nor its partners assume any responsibility for them. Please contact us in case of abuse. In case of abuse,
Report this post.

I’ve always been interested in human expression and communication between the sexes. Why people approach sex as they do and why sex lies at the core of so many relationship problems, particularly in conventional societies, although not to the same degree in Europe as in America.

I learned early in my studies that I could not tolerate clinical work that concentrated on analyzing the difficult and often grim events in a person’s past and present. I would have pursued anthropology if not for my education and work in the field of human sexual interaction.

I was married for seven years, now divorced, and helped to raise his child through the teen years. I wasn’t happy or fulfilled, however, in a monogamous relationship. I wanted the white picket fence but it didn’t want me. I don’t believe humans are programmed for monogamy, even though we are free to make monogamous choices. I don’t promote or prescribe sexual lifestyles in my counseling. This is just the right choice for me.

Modern Western societies, especially in America, have tied sex to love and marriage, thus repressing any opportunity to experience sex as a great mental, emotional and physically liberating expression of desire, meant to be enjoyed, not stifled, self-conscious and guilt ridden. When you deny what is natural and necessary to human need, problems occur — and sometimes-serious ones. The line between lust and love becomes blurred, causing confusion, particularly for women who are so emotionally driven.

We are taught that sex is meaningful and important but we are not encouraged to enjoy it. Twenty percent of society lives in sexless relationships. We are sexual creatures. A life and relationship, devoid of satisfying the passions within – not only our sexual passion – is empty and lonely. I don’t tell the people I counsel what to do sexually. I help them to discard old notions that block them from pursuing their own individual expressions of sexuality.

Sex is a powerful and deeply romantic bond. The stronger the bond between two people, the more satisfying and successful the relationship. If you want monogamy you need to make sex great, and that takes a lot of work. The missionary position, over and over again, is not going to cut it. The demise of any relationship is not recognizing the work that goes into making it a success.

In brief, no one signed up for celibacy. Feeling desired is 80 percent of fulfillment. For women in particular, don’t fake emotions, ideas or orgasms. You will never be able to achieve bliss, satisfaction or what you want if you fake it. Communicate with your partner. Teach him how to make you happy, and listen in turn to what makes him happy.

About the Author
Dr. Limor Blockman, PhD, is a renowned clinical Sex Counselor and an Ambassador for top10adultdatingsites.com
Comments