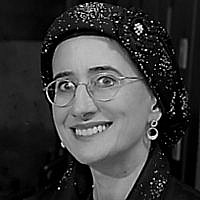 The Blogs
Rebecca Abrahamson
Muslim-Jewish rapproachment
Apply for a Blog
Please note that the posts on The Blogs are contributed by third parties. The opinions, facts and any media content in them are presented solely by the authors, and neither The Times of Israel nor its partners assume any responsibility for them. Please contact us in case of abuse. In case of abuse,
Report this post.

If you discovered that the assumptions you have about another community were the very same assumptions that could turn around and damage yours, you would naturally re-evaluate those assumptions.

Let’s take the following: Biblical criticism has long proved that Judaism was re-invented in the Babylonian Exile, the Jews got their monotheism from Pharaoh Akhenaton (wait those two statements contradict, but never mind), if there is so much bad press against Jews worldwide, they must have done something wrong.

I could have substituted each statement above with the terms “Islam” and “Muslim” – scriptural claims have been “debunked” by secular study (even if contradictory), being disliked world wide….wait a minute, this could hurt Islam and Muslims….

And we have an imam and professor who thinks precisely that.

Professor Tamer Mohamed Metwally is professor of Aqeedah and Islamic studies. Originally from Egypt, he now teaches in Medinah. His father was a professor at AlAzhar University, Cairo, the longest running university in the world and center of Islamic studies worldwide.

In 2010, Professor Metwally was busy instructing his post-graduate students in religion and was studying texts concerning Judaism. He stumbled upon marked biases against Jews and Judaism in these texts, which did not feel right to him in light of the Qur’an’s injunctions to be merciful to all and the Qur’anic admiration for the People of the Book.

This derailed him to a broader study of biases regarding Judaism in Muslim writings, and in his introduction, Professor Metwally expresses dismay at how widespread such biases were – “Although I understood the causes of prejudice against Judaism, I remained astonished by its size….Unbounded by denomination, it included religious and secular, leftists, rightists, pan-Arab nationalists, patriots – all of them chanting the same song.”

What he had intended to be the contents of a brief article on the subject turned into a broader study in an effort to derail attitudes in the Muslim world that he feels are actually harmful to Islam and to Muslims, and this resulted in his book, originally published in Arabic. In Bias against Judaism in Contemporary Writings: Recognition & Apology, Metwally declares that many such biases in the Muslim umma harm them theologically, economically, and in their relations with other nations of the world. 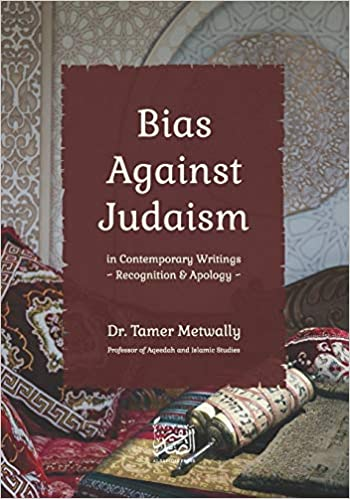 He lays out his reasons for his research – the Qur’an demands justice and fairness. (Sūrat l-Naḥl 16:90). Islam is a link in the chain of prophecy, there are not three religions, instead, there are three messages (Sūrat l-Shūrā 42:13), (Sūrat l-Ḥaj 22:78), thus he declares, “prejudice against part of this chain puts excessive strain on the whole.”

The issues he deals with include the notion of tahrif – distortion of scripture, anthropomorphism in the Hebrew Bible, the notion that Judaism was reinvented under the Babylonian exile and thus not authentic, Biblical criticism that was originally directed at the Hebrew Bible, which should alert believing Muslims that this would lead to calling the Qur’an into question, and those parts of the Qur’an that criticize Jews. Here he quips, ”…the Qur’an stood by the Jews and the Christians from a position of fairness and justice…. there is no contradiction between the texts, the Qur’an and the sunnah, in showering praise and denouncing what is wrong.”

Modern biases include the acceptance in some circles of the forgery known as “The Protocols of the Elders of Zion” – he declares that Muslims should be the first to renounce the ludicrous claim that a small band of people can control the world, not only is this totally unreasonable, but such a dynamic has never been predicted in the Qur’an or ahadith. Professor Metwally also mourns the loss of Jewish communities in Muslim lands, mid 20th century, declaring that Jewish ex-migration severely harmed the economies and cultures of these lands.

To take the sting out of any defensiveness a Muslim may regarding this public apologia, Metwally declares that his motivation is to absolve the Muslim umma of various biases, paving a better path forward.

It serves as an intellectual off-ramp of sorts that allows the Muslim world to jettison some of its negativity towards Judaism while saving face, and, let’s hope, build lasting peace. With the recent peace treaties between Israel and the UAE, this is timely indeed. 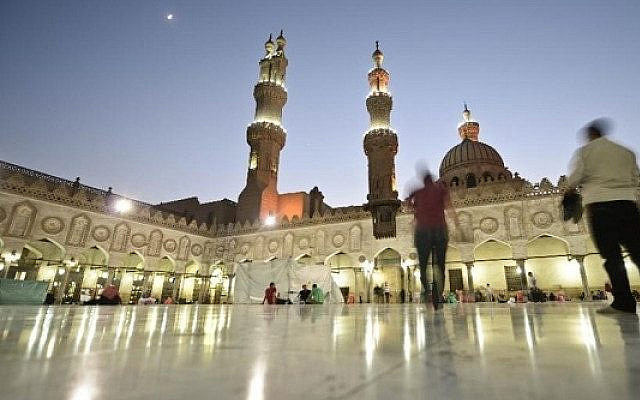 He states, “I believe that people are meant to differ, and that differences among peoples are inevitable. If God had willed, He would have made only one people and one religion in a landscape free of controversy; the mere fact that different peoples, languages, religions and customs coexist speaks to the inevitability of diversity. And diversity necessitates tolerance.”

He rejects the claim that there is some basic clash of civilizations, extrapolating his belief in One God to belief in one humanity – since all cultures come from the same root, there can be no real clash. He embraces Jews as witness to tawheed, meaning the unity of God, to the chain of prophecy, and to the Ten Commandments and thus to Shari’a itself.

Uniquely so, professor Metwally posts critiques of his work in the appendix, so the reader can see for herself how his colleagues have reacted to his work. This was an honest move and also takes the sting out of further argument, as you are presented with many sides of each discussion.

Professor Metwally pleads for coexistence – which the Qur’an calls “acquaintance”, and quotes:

“O mankind! Indeed, We created you from a male and a female and We made you nations and tribes that you may know one another. Indeed, the most noble of you near God is the most righteous of you. Indeed, God is All-Knower, All-Aware.” (Surat al-Hujurat 49:13)

Metwally’s book is unique interfaith literature, as the majority of contemporary work on interfaith tolerance stems from the assumption that religion stands in the way of conciliation; he, of course, sees religion as the solution. 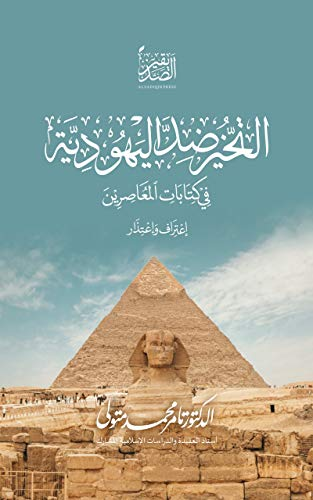 Drawing from traditional Islamic sources, professor Tamer Metwally feels that he is restoring Islam to its true, tolerant self.

And other communities can likewise take a cue from his work, become emboldened to critically evaluate the biases that their members may hold, holding them up to scrutiny in the spirit of fairness to all and in light of the basic oneness of God, and therefore, the oneness of humanity.

From Kirus reviews: “….Metwally convincingly argues that negative pronouncements regarding the Jews in the Quran should be read as directed toward the insufficiently faithful, not Jews at large…. Metwally’s scholarship is admirably rigorous given the brevity of his work, however, and so free of dogmatism he includes criticisms of his work in an appendix. Finally, the prose is surprisingly accessible for an academic work, translated by Abrahamson, director of the Al Sadiqin Institute…. A thoughtful, theologically exacting work of scholarship.”

Rebecca Abrahamson is passionate about the common heritage between Islam and Judaism, and in that capacity is co-director of the AlSadiqin Organization, along with her husband Rabbi Ben Abrahamson.

Links to the books:

About the Author
Rebecca Abrahamson is co-director of AlSadiqin, an organization that researches the common heritage of Islam and Judaism. AlSadiqin strives to conform in every way to sharia and accepted convention, with the conviction that conflict resolution occur in line with scriptural values that Muslims and Jews hold dear. Peace agreements that organically grow out of our scriptures and shared histories are truly the key to lasting peace. Rebecca co-hosted a conference on making the UN Resolutions for a Culture of Peace into law at the Knesset, edited “Divine Diversity: an Orthodox Rabbi Engages with Muslims”, began a column in the Israel National News service entitled Giving Voice to Muslims Who Seek Peace and has written in the same vein for the Jerusalem Post and the Jewish Press. She is married to Ben Abrahamson, who is also active in Muslim-Jewish dialogue.
Related Topics
Related Posts
Comments