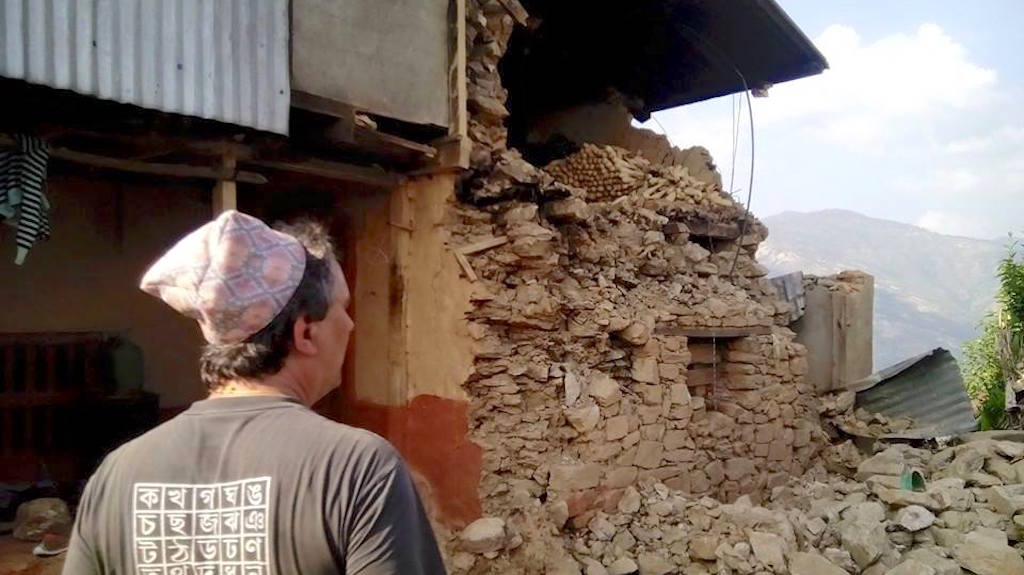 Although it was between Pesach and Shavuot when the earthquake struck Nepal, when I visited the decimated villages I couldn’t help thinking about Sukkot, the culmination of the holiday season that is about to begin. And that inspired me to try my hand at a classic form of writing I’d never yet dared: the writing of a prayer.

Sukkot, of course, is the holiday when we leave the comfort of home for a temporary dwelling that is penetrable to rain and starlight. It’s an embrace and celebration of the knowledge that everything is provisional except for faith. Sukkot is also about how, when material comforts are diminished, community could, might, should, be strengthened. As the Talmud says: “All of Israel are worthy of dwelling together under one sukkah.”

In the remote villages of Central Nepal, where Tevel has been working for eight years, after the earthquake villagers scrambled to slap up temporary dwellings before the monsoon. Though not exactly sukkot (the preferred roofing for the temporary dwellings is tin sheeting, not palm fronds) they were provisional enough — open to the wind, in constant danger of being washed away by storms. Virtually all the villagers houses– 700,000 of them, according to the government–were reduced to rubble, and those that were not were irreparably cracked and uninhabitable. The same was true of the schools and other public buildings. Seeds that needed to be planted urgently were trapped in the rubble as shown in feature about Tevel’s work with seed distribution on Time.com. Many cows, goats and buffalo, the only form of savings most villagers had, were killed or injured. Already living on the edge, their faith in life shaken by the betrayal of what had seemed most solid—the earth– the villagers wondered how they would ever be able to build a house again. Yet the alternative — migration into city slums, where they would live bereft of land, community, culture, nature, and whatever political power small farmers hold, seemed even bleaker.

As the weeks turned into months, things just got tougher. Aftershocks reinforced trauma and sometimes caused deadly mudslides. Nerves and morality frayed in the face of ongoing disaster. In some places girls were trafficked or assaulted and ancient tensions between castes flared anew. But there was also tender evidence of something else- communities coming together to help themselves and help each other. The villages were not just a collection of houses, they had spirit and resilience. Nepal was not just a country in name despite its 100-odd languages and ethnic divisions. Nepalis from the city were reaching out to destroyed villages with food or roofing. For Tevel, there was nachas: the villages in which we had worked to establish groups of women, farmers and youth were organizing themselves faster, protecting each other, and demanding help from the local authorities with more self-confidence than other villages, as can be seen in this clip.

Still, even in the strongest villages, the future was uncertain.

Rebuilding a village in the midst of chaos seemed to me to be a metaphor for our task in an increasingly chaotic world. Despite, and sometimes because of our vast scientific and technological prowess, we are suffering through a period of grave uncertainty. Our spiritual and ideological “homes”, whether religious, scientific or national, too often seem inadequate to contain the complex set of global interconnections–environmental, economic and political—which comprise and define our world. Whether it is global warming, nuclear proliferation, the inordinate concentration of wealth and concomitant inequality, the extinction of species and the death of the oceans, or the rise of murderous fundamentalisms, the world seems to be spinning out of control. No one is more vulnerable to the economic shifts and environmental changes then the villages of the “two-thirds” world. Thus the collapse of their homes is tragedy multiplied.

In the face of the terror and confusion that lies without, many religious Jews have turned inwards—suspicious of any attempts to expand Jewish solidarity to include all human beings. Yet Judaism enjoins us to believe that we can make a home that can hold humanity’s highest aspirations in this world. “G-d desired to make a home in the lower realms”, is how Midrash Tanchuma expressed it. As Rabbi Shlomo Carlebach, my teacher, often said: “We are making a new home for humanity, we are building one wall, the Tibetans are building a wall, and so on…” Pay attention to the nuance: All of humanity’s spiritual traditions are cooperating in building a home together, not by merging, but by contributing something solid and unique.

The sukkah has layers and depths of symbolic and experiential meaning within Jewish tradition, especially within Jewish mysticism. One way, to contribute to the building of humanity’s new home is by “supercharging” our beloved and intimate treasures, such as the sukkah, with new kinds of meaning that are created through solidarity with others. The prayer I composed, together with my friend and teacher Avraham Leader, melds these themes together: Building homes for the homeless, and making a home for G-d in this world by helping to create a humanity infused with empathy and solidarity. 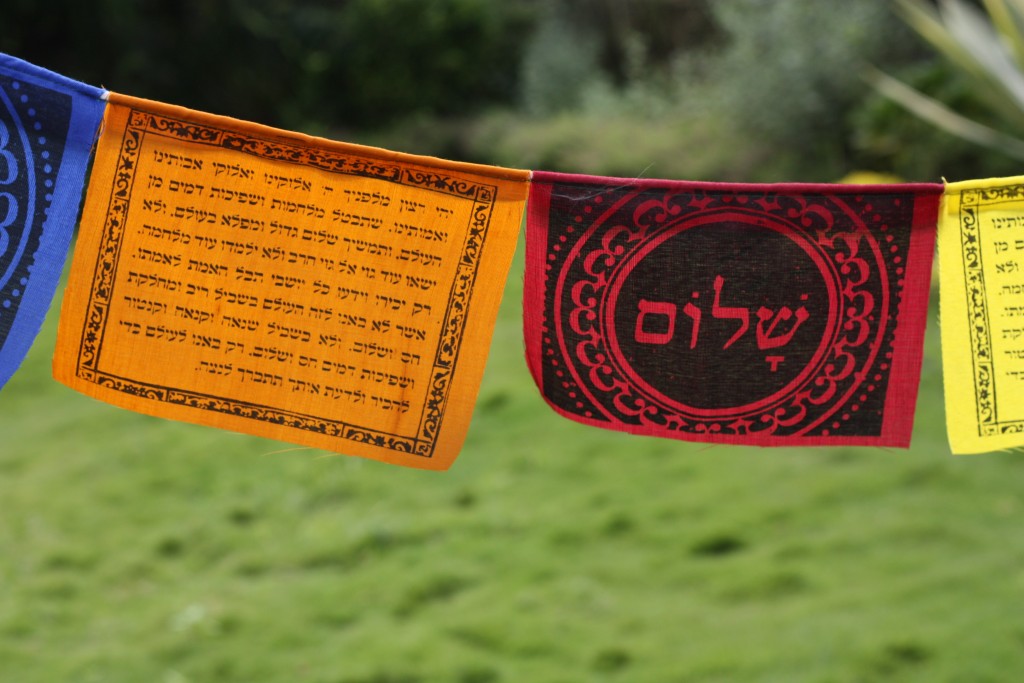 The Tibetan Buddhists have the practice of printing prayers on flags that are activated when they flutter in the wind and that is how we have printed our new prayer, ready to be hung in your sukkah. For more information about the flags and to order them, click here. For a brief video on the project, click here.

Prayer for the homeless in Nepal and around the world

May it be Your will, G-d of our fathers and our mothers, that you guard us and all those who dwell on this earth from suffering and ordeal, from natural disasters, evil decrees and war. And through the merit of our desire to build, according to your desire, a home for you in this world, may your compassion reach all those whose homes were destroyed, and send your help from where holiness dwells so that they may rebuild their house quickly and without obstructions and delays, a home that is shelter from rain and storm, a home filled with grace and kindness and love. And bless them and their villages and communities with fitting livelihood so that they are not forced into wanderings and migration, pushed from their land as if sold as slaves or handmaidens. And let us merit—and realize for You—a home for the world that is filled righteousness and justice, loving connection and peace. And to the hungry and thirsty, send their faithful sustenance and provisions. You who suspend the earth upon nothing, bring salvation to human beings and to beasts of the field. Amen

About the Author
Micha Odenheimer is a journalist, rabbi, and social entrepreneur. Micha founded the Israel Association or Ethiopian Jews, the first advocacy organization dedicated to changing absorption policies, and Tevel b'Tzedek, an Israeli organization working with impoverished subsistence farmers in the Global South. Micha has written for numerous publications, including Haaretz, the Washington Post, and the Jerusalem Report from Ethiopia, Somalia, Iraq, Burma, Bangladesh, Indonesia and other countries.
Related Topics
Related Posts
Micha Odenheimer
Comments