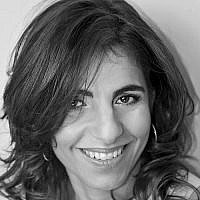 The Blogs
Hila Bar
Apply for a Blog
Please note that the posts on The Blogs are contributed by third parties. The opinions, facts and any media content in them are presented solely by the authors, and neither The Times of Israel nor its partners assume any responsibility for them. Please contact us in case of abuse. In case of abuse,
Report this post.

There was a time, not too long ago, that I found myself working in a supermarket. Places like these serve as the quintessential platform that depicts the good relations between all segments of Israeli society. It is here where Arabs and Jews of all denominations work together and get along in the best of ways. That is, without the thought of being different and consciously attempting to get along, because we are a mixture of  Jew, Arab, Muslim, Christian, Ashkenazi, Sephardi, Ethiopian, religious, and secular; from the territories, or from East Jerusalem and Ramle. We are simply interacting at work as people. When disputes arise, they are disputes between people, and when we sit to have lunch together, or joke together, that’s all it is. Eating and laughing together. When people stop overthinking their differences in an effort to be inclusive, the world will be a more balanced place. When people simply be, life will be so much more harmonious.

Anyway, I deviate, since I actually would like to introduce you to Z, a proud Christian Arab with whom I worked. He’d constantly say to me, “I love you, friend,” and that’s about the extent of his English. Except for “very good.” EVERYTHING was “very good.” Even when it was not.

So here I was, looking for him, and someone said, “He’s gone to pray.”
But I thought he was Christian.
So later when I saw him, I asked: “Are you Christian or Muslim?”
“Both,” he said. “My father is Muslim and my mother is Christian.”
“And you practise both?”
“Yes.”
“Very cool.”
“And my grandmother is Jewish.”
“Seriously?”
“Yes.”
“On your mother’s side or your father’s side?”
“On my mother’s side.”

And that is how I found out that we had a three-in-one employee.

About the Author
A translator and editor by profession, as well as a writer and poet, I grew up in Cape Town, South Africa, and currently reside in Srigim (look it up). I am a mother of six, independent thinker, and write what I feel. Feel free to contact me through Facebook or via email - bunducommunications@gmail.com.
Related Topics
Related Posts
Comments