It’s been said that we need to constantly focus on creating a better planet for our children and better children for our planet.

The dramatic events and recue of the 12 Thai boys and their coach this week caught the attention of the world. This was in part because it was a story about vulnerable children, our instinctive need to protect them and our deepest yearnings to make this planet of ours a worthy place for deserving kids.

It was obviously the kind of dramatic story we all love — filled with fear, tension, character, death, hope and salvation. It touched on our primeval fears of loss and helplessness; it took place in the watery depths and darkness. It was the horror of Jonah inside the whale’s cavernous belly; it was his plaintive cry:

This was the place of our childhood nightmares, except now it was very real and inhabited by 12 children and they could have been our kids, our grandchildren… The danger was certain, the odds stacked against them; the tragic death of the Thai diver, Saman Gunam, who died while laying oxygen tanks along the exit route only sharpened our trepidation.

But this was also a story of the best of humanity, our capacity to work together, to put aside our differences. So thirteen countries (including Australia and Israel) provided their best for the 13 “Wild Boars Team.” Indeed, 13 principals acting with principled faith! As Commander McEwan of the ADF put it: “It’s amazing just what human beings can do.” It was an operation of meticulous planning, creativity, ingenuity, persistence, courage and cooperation. Australians can be justly proud of our team of twenty including the intrepid Adelaide anaesthetist, Dr Richard Harris, who assessed the team’s health and stayed with them. Harris belongs to a group called “The Wet Mules” who base their philosophy on the American saying “Enough money to burn a wet mule.” In other words, they’re a group of ‘meshuganers’ whose daring and adrenalin-driven attributes are not just about a thrill, but a skill. They remind us that we should never minimise the skills and talent of the intrepid adventurers of the world. They attempt the impossible — burning the wet — and make it possible.

Boldness and pioneering are not only intrinsic to the human spirit, but basic to Judaism. We are the pilgrims of the spirit and shouldn’t forget the undaunted courage of Abraham and Sarah setting off into the unknown, our ancestors casting off into the wilderness, Nachson stepping into the Red Sea waves…

Bravery was not limited to the rescuers. It was what kept these young boys alive in the caves, it was what allowed them to make the perilous journey through the dark to safety. It’s evident that it was also the courage and character of their coach, Eskapol, which sustained the boys. Eskapol who was orphaned at the age of 10, had trained to be a Buddhist monk and left the monastery just a few years ago to care for his ailing grandmother. He continued to work at a local monastery and training the local soccer team, whom are mainly poor or from stateless ethnic minorities in the border area between Myanmar and Thailand.

In the cave, Eskapol taught the boys how to meditate and conserve their strength; he also shared or gave them his food. This speaks of the power of religion and faith as well as the potency of meditation, but perhaps, most of all, of the energy of altruism.

In a cynical world where egotism and narcissism are more common than generosity and empathy, the story of these ‘cavemen’ and their large band of rescuers including the Thai officials and military is an account of the unquenchable spirit of humanity. Biologist may speak of the selfish gene, this story speaks of the selfless gene. It is too a vindication of the almost fanatical belief of Judaism in the essential goodness that lies within us; the undying belief we have the “Tzelem Elohim” the image of God within us all. As we say in our daily tefillot: “My God, the soul you placed in me, it’s pure, you created it, you formed it, you breathed it into me.” I love that phrase “you breathed it into me” — not only because it evokes the wondrous act of creation, but also because it reminds us of the preciousness of every breath we breathe, and that the fragile translucence of breath is the wonder of life itself. It was breath that was so cunning and so frightening in this tale of darkness: the diminishing quality and quantity of oxygen in the cave, the oxygen tanks carried so precariously through the intestinal passages to the boys, the breathing apparatus placed so strategically along their escape route, the irony and tragic paradox of the death of Saman Gunam, who lost his own air supply while laying oxygen tanks; the air-borne bugs that attacked the lungs of some of the boys.

We value most that which we have almost lost. Abraham, suggests Jonathan Sacks, learnt this lesson from the Akedah, the binding of Isaac. That these 13 intrepid souls were almost lost intensified the rapturous relief we felt at their rescue. The Morning Prayer I referred to continues: “One day you will take my soul from me… but as long as the soul is within me, I will thank you, Lord my God… Lord of all souls… who restores souls to lifeless bodies.” The restoration of life and breath to this team threatened by death and loss is a story worth celebrating.

It also reminds me of another evocative phrase from Psalms: “I called out to you God from the narrow places, You answered me by opening up the wide spaces.”

This dramatic event enlarged us all these past weeks. Let’s hold on for a little while longer to its important messages of hope and faith, courage, altruism and human ingenuity; lets breathe a little deeper and act a little gentler. 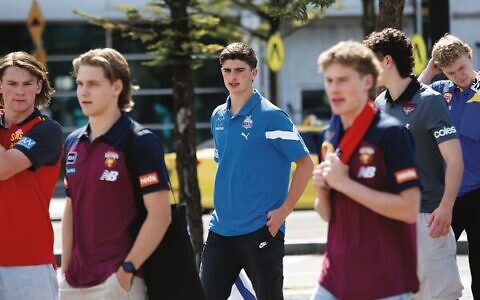 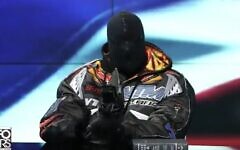 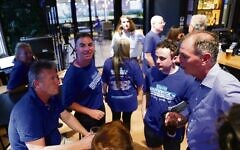 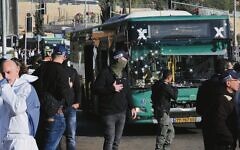 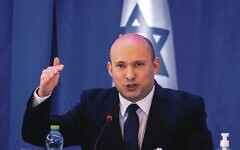