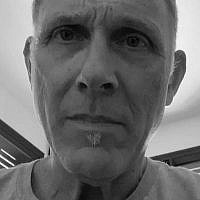 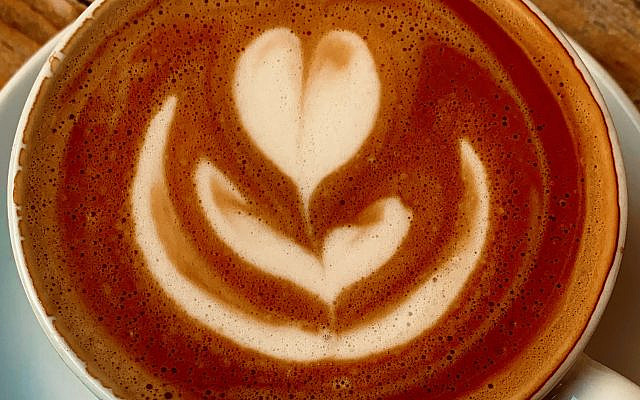 Images of coffee and snot today occupy my thoughts about Israel. The coffee represents light, the snot, darkness.

The other evening at a cafe near my Tel Aviv apartment, I had coffee with a young, devout Muslim man from Gaza. Our conversation was cordial, mostly about family and work, and ended with a friendly handshake.

The following morning I watched a video on Twitter of a young, devout Jewish man holding a page torn from a Hebrew prayer book. A Times of Israel story depicted the man as an ultra-Orthodox extremist who had appeared with dozens of other Haredim to protest several American Masorti Bar and Bat Mitzvah ceremonies held on the egalitarian plaza of the Western Wall in Jerusalem.

The Haredim reportedly held up signs of protest, called the non-Orthodox Jewish worshippers “Nazis,” “Christians,” and “animals,” blew whistles, and ripped up some of their prayer books.

The young Muslim I met for coffee is a trained engineer. At 32, M had never been outside his country before he received a work permit to cross the border into Israel. We first met in Tel Aviv’s central bus station. M was heading home to Gaza City, and I was on my way to spend Passover in Ashkelon. I wrote about that encounter in a previous Times of Israel blog post (April 18).

A left-of-center Jew who became an Israeli citizen nearly three years ago, I hold no truck with extremists on either side of the Israeli-Palestinian divide. I have kept in contact with M on Facebook, mostly out of curiosity, and, yes, remotely hoping that our relationship might contribute something to the peace process.

M, the first person I’d ever met who identified himself as a Gazan, works for a Chinese company that is building Tel Aviv’s light rail system. The son of a welder, he manages to visit his family perhaps two weekends a month. The bus ride from his home to Tel Aviv takes maybe an hour, but the border crossing can add another five, as he must pass through three checkpoints, one run by Hamas, the second by the Palestinian Authority, and the third by Israel. When he stays in Tel Aviv, M sleeps in an apartment with twenty other people.

A Jerusalem Post story about the extremists who disrupted the Masorti ceremonies reported that Rabbi Shlomo Aviner, head of the Ateret Yerushalayim yeshiva based in the Old City, and a prominent leader of the religious-Zionist movement, was present during the protest.

The religious activists were identified as members of a group known as the Joint Committee for Preserving the Holiness of the Western Wall. They apparently had taken over the egalitarian area for several days prior to the incident for prayers and study sessions, even though that section is the only one by the Wall where Masorti and Reform Jews are permitted to pray.

Rather than spend his time harassing Jews, M works 10-12 hours a day to earn 300 shekels (less than $100) moving paving stones and piles of sand. A few days a week he adds a 4-5 hour overtime shift. In Gaza, for 50 shekels a day, he would put in longer hours and do more grueling work. That’s assuming he could find work.

According to The Jerusalem Post, a spokesman for Rabbi Aviner said the Orthodox and Masorti groups “got on fine” during the incident at the Wall. The Post reported that Aviner’s spokesman said the rabbi offered his blessing at the end of the service. The paper also quoted Diaspora Affairs Minister Nachman Shai who labeled the activists’ behavior “baseless hatred.”

After we finished our coffee, before heading to his apartment, M told me, “I love Tel Aviv. Everyone is free here. The police treat me with respect. They ask for my papers, I show them, and they say, ‘Fine,’ and that’s it. If I keep on the straight path here, no one bothers me.”

M hopes to renew his six-month permit in September. He also hopes a promotion will allow him to put his engineering training to use. Of course, relations between Israel and Gaza must remain peaceful to keep those hopes alive. Gazan missiles can kill them.

As for relations between ultra-Orthodox and non-Orthodox Jews, I can’t get the image out of my head of a young man wearing a kippah and tzitzit, standing in front of the Western Wall and wiping his snot on a page torn from a Jewish prayer book.

About the Author
Filmmaker, playwright, and children's book author Marc Kornblatt is the producer/director of the award-winning documentaries DOSTOEVSKY BEHIND BARS, STILL 60, WHAT I DID IN FIFTH GRADE, and LIFE ON THE LEDGE, among others, and the web series MINUTE MAN, ROCK REGGA, THE NARROW BRIDGE PROJECT, and BLUE & RED, RESPECTFUL ENCOUNTERS OF THE POLITICAL KIND. He and his wife made Aliyah in 2019 and now live in Tel Aviv. The move inspired his web series OLEH HADASH.
Related Topics
Related Posts