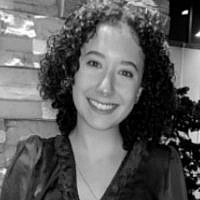 The Blogs
Jacqueline Blyudoy
Apply for a Blog
Please note that the posts on The Blogs are contributed by third parties. The opinions, facts and any media content in them are presented solely by the authors, and neither The Times of Israel nor its partners assume any responsibility for them. Please contact us in case of abuse. In case of abuse,
Report this post.

On November 19, I brought a resolution citing the IHRA’s working definition of antisemitism to CCNY’s USG Senate floor and it passed. By passing IHRA, CCNY ensured written protection of identity for all Jewish students on campus. At first, I reveled in the countless “Congratulations!” messages, phone calls, and social media posts. Shortly after, I began to reflect on the experiences and people that brought me to where I am and made this possible.

My parents emigrated from the former Soviet Union with Jewish refugee status. Both faced their shares of antisemitism during their childhood. Each consecutive year, the teacher made sure to mark them down as “Jew” in her grade book that led to consequences when report cards came out. Both were teased with the pejorative “Zhyd” and then spat at in the face. However, their respective responses were different. My mother often felt lonely: she had few friends and was excluded from many social activities by her classmates. Conversely, my father, a relatively unbothered and determined man, saw this as an opportunity to outshine his classmates. He would spend hours at the park, where there was a large map on a board, memorizing the capital of every country in the world and to this day, can recite any capital with the snap of a finger.

Life for my previous ancestry was not easy either. My grandmother on my mother’s side had aspirations to be an OB/GYN, but that was nearly impossible for a Jewish female. Yet years of perseverance finally landed her a spot in medical school. Despite extreme discrimination towards Jews and the USSR’s proclamation as an atheist state, my grandmother was determined to uphold the major holidays in her family. Her fearlessness always shined when Passover approached: at night, she snuck into the local synagogue with flour. The Rabbi would bake it into Matzah and my grandma would pick it up the following night.

Both sides of my family had similar experiences immigrating to the United States of America. In 1994, my mother’s side realized “enough is enough” and was sponsored by family members that already lived in New York. In 1997, my father’s side decided to do the same and was sponsored by family members that lived in North Carolina. Both were extremely lucky to travel directly to the USA without having to stop for months in Italy, a reality countless USSR refugees faced.

From the day I was born, my identity– both religious and ethnic– was shaped by my environment and experiences with my parents. I was raised in Brooklyn until I was five years old. Brooklyn is a true Russian ethnic enclave: I attended a Russian pre–school and played with Russian speaking kids at the park. As a result, I didn’t learn English until I moved to Long Island where I attended public school. I grew up with mostly Italians, Latin Americans, and African Americans– an experience I remain grateful for because it opened my eyes to a multitude of cultures and social perspectives. However, this experience came at the expense of my Jewish identity. I didn’t have any Jewish friends to learn from or socialize with.

At home, I was raised in a completely secular household; we didn’t celebrate Shabbat nor any minor holidays. Our religious celebrations were limited to Passover, Rosh Hashanah, Yom Kippur, and Hanukkah. I had a small nontraditional Bat Mitzvah at 12 and dragged my parents to synagogue once a year as our fast on Yom Kippur came to an end. At 17 years old, my life instantly changed when I interned at American Jewish Committee under the division of Russian and Eurasian affairs. I learned about the current rise in antisemitism across Eastern Europe: swastikas were drawn in Jewish cemeteries, Poland passed a law criminalizing any mention of Poland as complicit in Holocaust war crimes on humanity, and Jews were once again, being killed. More importantly though, I finally uncovered the roots my parents’ decision to raise a secular family stemmed from. Because they rarely celebrated their true identity in the USSR, they didn’t have much knowledge or dedication to connect me to my own. I formed a somewhat plausible theory: because the communist regime flourished on propaganda that religion should be abolished, my parents (without any conscious awareness) carried that ideology with them to the states. The mystery I so desperately wanted answers to over the years was finally answered.

Before my freshman year of college, I promised myself I would seek any possibility to connect to my Jewish identity, even if it was against my parents’ secular ideals. However, this would not be easy; I had no idea communities such as Hillel and Chabad existed. By luck, the Hillel office was in a location on campus that I passed by every day. Yet, I avoided it for the first month of college out of pure fear. I eventually made a Jewish friend who, when she heard I wasn’t involved in Hillel, dragged me into the office. From that day on, my life changed; I learned more about my Jewish identity in three semesters of college than I had in 18 years.

In January 2020, I went on Birthright. As a result, I developed a profound appreciation for the people and nation that I would fight for every day back home. After this life changing experience, I often contemplated making Aliyah and consulted with people of various Jewish experiences and generations. While I applaud those that choose this path, I have since realized it’s not meant for me. If I make Aliyah, I will forfeit my duty in America to continue fighting against antisemitism and anti-Zionism. If I don’t continue to fight, then who will?

I developed a stronger connection to my position as a member of Students Supporting Israel and became a board member the following semester. With this newfound passion to fight for my people and prospects for a position in the law field, it was a no-brainer when I came across a summer 2020 internship position at Claims Conference– an organization that negotiates with the German government to provide pensions to Holocaust survivors around the world. As a Survivor Outreach Representative, I called over 200 survivors to provide information on COVID–19 resources and/or emotional support during a dire period of isolation. My knowledge of the Russian language proved to be useful when I had to speak to survivors that, like myself at one point in time, never learned English because they live in Russian city enclaves. Up until that point, Hillel had broadened my perspective on the religious aspect of Judaism and its connection to Israel. However, when I spoke to survivors hailing from Eastern Europe, I felt a connection to my family’s history and was reminded of the ideology behind my own experiences. In simplest terms, I felt everything come back full circle.

As a result, I entered my Emerson fellowship with a new sense of dedication and integrity. Founded in 2007, the one-year Fellowship recruits, trains, educates, and inspires pro-Israel college student leaders on campuses throughout North America and continues to expand across oceans. I am both proud of and humbled by the idea that I would not be where I am today without the initiative I took to become one with my true identity and the people that supported my determination. AJC gave me the initial push I needed to endeavor on this journey. Hillel welcomed me with open arms and taught me more than I could have ever imagined. The Claims Conference redirected my attention back to my roots. StandWithUs took me in and gave me the educational resources and communication training needed to combat antisemitism and anti-Zionism. As a Jew, I am aware that there will be inevitable obstacles along the way, but I will never let them be a limitation. As an Emerson fellow, I recognize the importance of my work and who I do it for: my ancestors, those that perished in and survived the Holocaust, and those that have and continue to dedicate themselves to the survival of a Jewish state.

About the Author
Jacqueline Sarah Blyudoy is a junior at Macaulay Honors College at City College New York (CCNY). She is double majoring in International Studies and Italian/French with a minor in Legal studies and plans to attend law school. She currently serves as Treasurer of Students Supporting Israel, is a 2020-21 StandWithUs Emerson Fellow, and Hillel engagement intern.
Comments